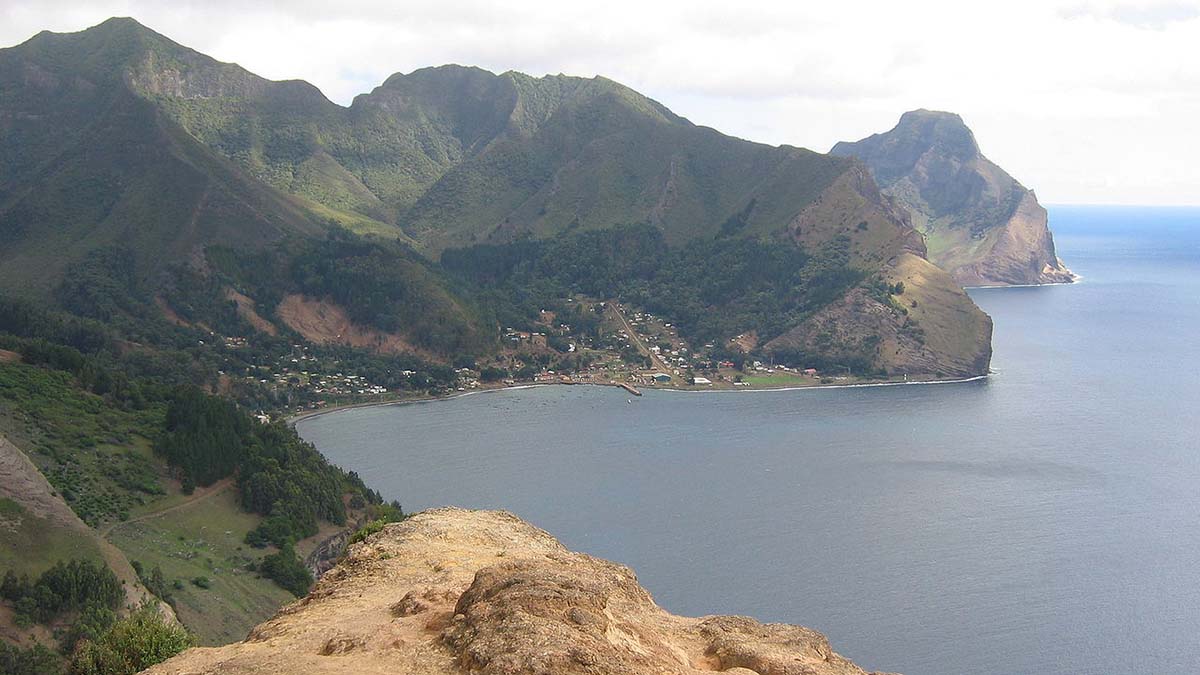 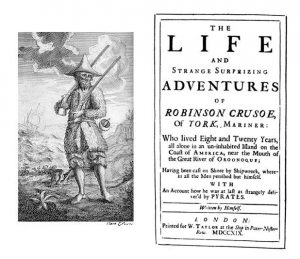 In 1705 a Scottish sailor Alexander Selkrik was shipwrecked in the Pacific Ocean and marooned on an island for four years and four months in absolute silence and solitude. He was finally rescued in 1709 by a frigate manned by a Captain Woodes Rodgers. The story of the hardships endured by this mariner inspired the writer Daniel Defoe to write the classic novel Robinson Crusoe, which we are all familiar. To reflect the literary lore associated with the island, in 1966, the Chilean government named the location Robinson Crusoe Island.

Robinson Crusoe Island (Isla Robinson Crusoe) formerly known as ‘Mas a Tierra’ which means “closer to land”, is the largest island of the Chiliean Juan Ferandez Archipelago. The island group – Robinson Crusoe Isle, Alejandro Isle and the smaller island of Santa Clara – is situated 674 kilometers west of the continent of South America in the Pacific Ocean. It was originally named for Juan Fernandez (1536 – 1604), Spanish explorer and navigator who explored these islands off the Chilean coast in 1563. 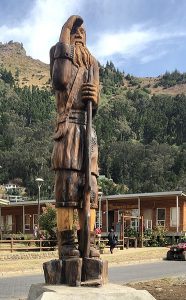 The island is mostly mountainous with undulating terrain that was formed by ancient lava flows. The highest point is El Yunque mountain, 916 meters above sea level. Through the years intense erosion has resulted in the formation of steep valleys and ridges.

Since 1977, the islands of the archipelago have been deemed ‘World Biosphere Reserves’. It is an international conservation designation site given by UNESCO under its program on ‘Man and Biosphere’ due to its natural beauty and unique flora. More info: en.unesco.org/biosphere

Hundreds of tourists visit the island each year. The island is popular with nature enthusiasts Because of the island’s flora (101 of the 146 native species of plants are endemic, a natural phenomenon of the island) and its bird life – the red hummingbird unique to the island is most famous for its needle-fine black beak and silken feather coverage.

Robinson Crusoe Island is unique to the other Juan Fernandez Islands due to its permanent population concentrated in the city of San Juan Bautista and its surroundings. The local economy is based on lobster fishing, species characteristic of world-wide fame. The legendary story created by Defoe has transformed the island into an exciting place, and the scenic beauty makes it an unforgettable paradise.

There are a variety of ways to access the natural beauty of this island: Excursions by trekking or biking, or horseback with expert guides who are knowledgeable about the history and traditions of the island.

Scuba diving, kayaking and marine exploration are ideal opportunities to explore a side more hidden than the natural magic perceived at first sight. The island has instructional services and all equipment needed for diving, for you to submerge yourself in the warm, transparent waters of the island, offering you the opportunity to see the rich underwater marine flora and fauna. And along the sea shore you can meet and photograph animals like the fur seal. Or you can go fishing for the distinct types of island fish (tuna, jurel, dogfish, rock salmon). It is also an opportunity to accompany a local fisherman during his daily tasks which include the preparation of a lobster at high tide.

Explore the Juan Fernandez national park which has one of the most individual and surprising ecosystems on the planet: it not only has unique and endemic flora, but also, the irregular geography.

Accommodation runs from beautiful rustic inns with air conditioning to camping sites with all the amenities and spring water where tourists can put up their tents. Camping is free on the island.

There are a varied range of organized tours from nature walks to trips to historical sites. Tours are usually from four to seven days. The tourist season to the Robinson Crusoe Island starts in October and ends in April. This is when you can enjoy the best climate conditions. During this period it is ideal to take sports clothes or comfortable attire. Taric Airline makes frequent flights to the island. These flights to the island are by planes which only have the capacity for 5 to 10 people with a restriction of one piece of luggage up to 10 kilograms.

stumbled across about 600 barrels of buried gold coins and jewels, presumably looted from the Incas during the Spanish occupation. The estimate value of the treasure was valued at around $10 billion, which a part will be donated to non-profit organizations after lengthy legal procedures between the Chilean government and the treasure hunter.

About the author:
Norman A. Rubin is a former correspondent for the Continental News Service (USA), now retired – busy writing stories and articles for Net sites and magazines worldwide. See www.google.com under the author’s name for a review.