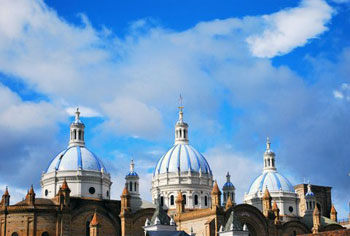 When Túpac Yupanqui lead his Inca army through the cloud-swept Andean highlands toward the fertile valley natives called Guapondeleg, (‘Plain Wide as the Sky’) he was met with the unexpected and now legendary resistance of the fierce Cañari tribe, the tribal confederation of indigenous communities who had long-inhabited the area. Tupac, the 10th and arguably most powerful of Inca conquerors, was forced to retreat south where he sent for 100,000 more soldiers from the capital of Cuzco and re-evaluated his plan to subjugate the righteous Cañaris, eventually attacking again with stronger force, marrying a Cañari princess and thus seizing power over the region by 1470. 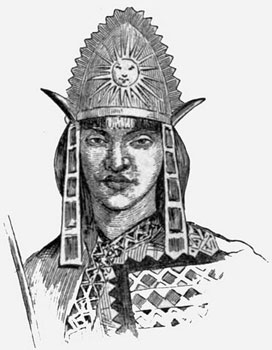 To celebrate his victory, Túpac Inca Yupanqui (whose name meant ‘noble Inca accountant’) began to build a beautiful city there that would rival Cuzco as the heart of the Inca empire, a city that two generations later would be subjugated by the Spanish in their quest for the mythical land of El Dorado, the city now known as the colonial gem of Ecuador: Cuenca.

Growing up in thin-walled New York City apartments covered in tapestries, paintings, statues and other mysterious objects all weaving a colorful story of my family’s indigenous Ecuadorian roots, I revered the warriors-past as superhero-like titans that discovered everything first and knew it all the best. Years later, (having long chopped off my braided hair that is signature of the native feminine of Ecuadorian culture, and since pierced my broad Andean nose) I landed in ‘the motherland’ with hopes to gain a deeper insight into the history of my ancestors, and Cuenca could not have satisfied my curiosity more.

Cuenca is a modern-day mix of indigenous culture and colonial architecture nestled in the lush subtropics between snow-peaked volcanoes, lending its year-long moderate climate and awarding it as a UNESCO World Heritage Site and the top retirement destination today. Its mostly mestizo population of 450,000 live in short edifices that roll over hills and valleys in bright pastels and the common sight of church domes or steeples punctuating their landscape.

As I walk through the city’s narrow sun-drenched streets I peek into tall open doors of haciendas all lined with vines enveloping shiny, vintage Volkswagen beetles of every shade and, caught up in such lovely distractions, would stumble on the crumbling cobblestone – often. Such an occurrence is common in Cuenca, as is old men in llama-wool ponchos and fedoras walking beside men in business suits smelling of cologne and young punk women in combat boots; as common as the afternoon rain or church bells or flower markets that flood the boulevards; these are just a few glimpses of the people that have inherited the Inca empire’s crowning jewel. 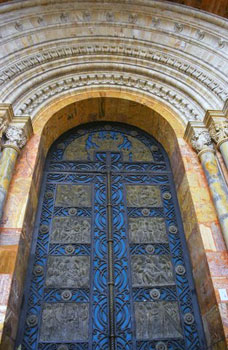 Its namesake is the city in Spain meaning ‘basin made by a confluence of rivers’, where the Viceroy of Peru at the time, Andrés Hurtado de Mendoza hailed from. He commissioned the founding of the city in 1557, which grew in independence and importance during its colonial era and reached its peak during first years of its independence, which was won on November 3rd, 1820. It later on became the capital of Azuay province in the center of the southern highlands, and is now the third-largest city in the country.

The confluence of rivers boasted by its name are the Tomebamba, Yanuncay, Tarqui and Machangara, the first three of which flow from the melted glaciers of nearby Cajas National Park, known locally as the ‘Land of 1,000 Lakes’. The main Rio Tomebamba was the city’s Quechua name before colonization changed it to Cuenca; Quechua being the still widely-spoken language of the Incas. Roughly translated as ‘Plain of The Knife’, the title may allude to the bloody feud waged over the land. Today its grassy riverside serves as a popular public spot where young students drink beer and old women dry clothes, sometimes employing their wrought-iron balconies that overlook the river on Calle Larga.

Cuenca’s most treasured architectural claim to fame is the neo-gothic New Cathedral of Cuenca whose cerulean cupolas have become the symbol of the city. German builder Juan Bautista Stiehle began drawing it up in 1880 but the project would eventually delay nearly a century to be completed. Now that it is, the Catedral de la Inmaculada Concepción’s alabaster facade stands opposite the Old Cathedral of the city (which had been outgrown by the locals), muffled in the middle the leafy plaza of Parque Calderon. The blue domes of the church are laid out in glazed Czechoslovakian tiles with pink Italian marble glossing its floors which are graced daily by the city’s faithful and foreign admirers alike, who travel from far and wide to praise a higher power or just the glory of the church itself. 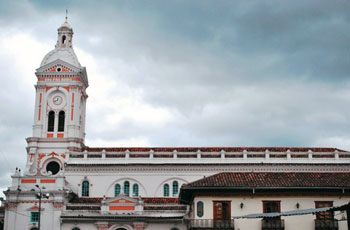 Another important historical landmark (but more exciting than it sounds) is the Iglesia de San Francisco, a neoclassical church built around a slender tower with an apricot-colored, horizontal base and mullioned windows that was built by Franciscans and finished in 1930. It is the best example of the baroque style in Cuenca and represents a harmony between baroque and neoclassical features, with a cedar altarpiece at its center. It’s situated at the edge of the expansive Plaza San Francisco which allows visitors views from many different angles, as the plaza has long-since been occupied by a popular, sprawling market where one can buy anything from alpaca backpacks to plastic Disney ones.

Cuencanos themselves are generally laid-back, open and proud citizens of their city. Nearly everyone I meet takes to rambling endlessly about the unique culture, sights and natural beauty of their hometown; one woman, after having traveled to such places as Italy and New York, lectures me on how the best pizza in the world is made in Cuenca. Her husband calmly backed her up, “ I’ve been everywhere,” he says, pointing straight into the ground, “and this is the best place in the world.” I can’t argue over the legitimacy of their statements, instead I view them as endemic examples of the modern-day Cañari attitude: a joyful and peaceful inheritance of their fertile plain ‘Wide as the Sky’ and as precious as gold. 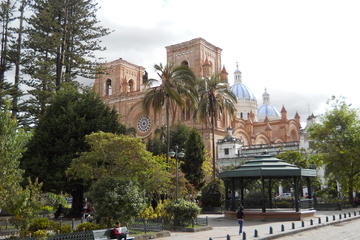 ♦ Cuenca enjoys a mild climate year-round with the dry season between June and December and the rainy season between January and May.
♦ Mariscal Lamar International Airport offers daily flights to and from the metropolises of Quito and Guayaquil, as well as other neighboring countries. Local and inter-provincial buses operate out of the terminal terrestre, a brief walk or taxi ride from the center.
♦ Pumapungo is a pre-Columbian archaeological site located behind El Museo del Banco Central ($3 admission fee) in the center of Cuenca.
♦ The largest known Incan ruins in Ecuador are called Ingapirca and are actually Cañari in origin, whose matriarchal believers built a temple to the moon. Its remains sit near the rectangular sites of the Inca and their temple to the sun. Buses leave from the terminal in Cuenca daily and are about an hour-long ride. Entrance to the park is $6. Most tour companies in the city offer day trips to the site.
♦ El Cajas National Park is about 40 minutes from Cuenca and contains about 270 lakes and lagoons hailing from the Ice Age. The park is cut by both the Continental Divide and the Inca
♦ Trail and boasts an exotic array of birds, as well as llamas, wild horses and pumas. Guides are recommended but not totally necessary.
♦ The New Cathedral of Cuenca is hard to miss, located at Mariscal Sucre and Benigno Malo in front of Parque Calderon; free.

About the author:
Bani Amor is a queer travel writer from Brooklyn by way of Ecuador. At 15 she left high school to travel Asia, South America, Canada and the U.S. She lives in Quito, Ecuador with her cat, and writes Everywhere All The Time.