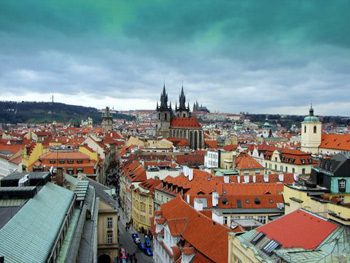 The “Devil” has died. Or at least the one who lived on Prague’s Charles Bridge has. His death adds another chapter to the dense history the bridge has shared. Before going into who the devil was, it is best to understand the bridge he made his home for years.

Twenty-eight statues, dating from 1628 and built by some of history’s most talented sculptors, overlook those crossing the Charles Bridge. At the end of the bridge rises the Mala Strana Bridge Tower, leading to a district of the same name. Since the bridge was ordered built by Charles IV in 1357, it has connected Prague across the Vltata River. During its 600 years, it has seen good and bad, angels and demons. Of the 17 bridges connecting the river, it is the oldest, standing because of the genius of its design.

The bridge has collected the dust of invaders and friends for centuries. It was crossed by Catholic Hapsburgs from 1618 to 1648 as they battled and finally defeated disagreeing Protestants. The victors crossed The Charles carrying booty after they plundered the collections of the recently diseased King Rudolph II. 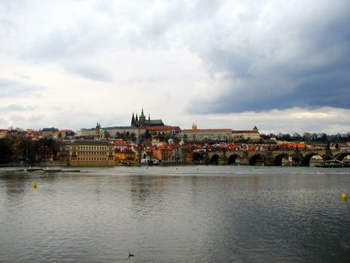 The bridge has also felt the steps of moved masses coming from Mozart’s premier of “Don Giovanni.” Perhaps the happy tempo of these steps felt similar to those that walked the bridge in 1918 when Czech people crossed it — citizens of a sovereign country for the first time in their long history.

In only two decades the light steps of freedom were replaced by the heavy steps of German troops, occupying the city for seven years until 1945. Freedom from Germany lasted only until 1948, when Soviet tanks left deep tread marks on the bridge and country.

As hope’s light dimmed across the country, the footsteps of plotters crossed boldly through the darkness, paving the way for The Velvet Revolution in 1989. Without bloodshed on that day, Czechoslovakia became the Czech Republic, as it remains today. 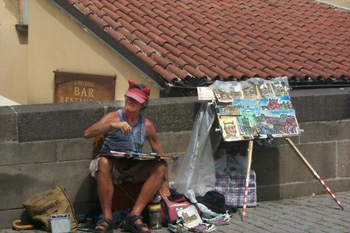 Then came The Devil. No one knows exactly when he first came, but everyone agrees it was over 10 years ago. On the edge of the bridge he set up shop where he thought he belonged, next to the other artists selling their creations to eager tourists in front of the Mala Strana tower.

The Devil, whose real name was Antonin, was not of their cut. While other artists came selling pictures of Prague, Antonin painted self-portraits depicted as the devil on the Charles Bridge. Every day he set up shop wearing red devil horns to paint and to sell. Though his paintings had their differences, his subject never changed. Always himself, always as the devil, always set on the Charles Bridge.

Antonin’s eccentricity led to his becoming a local legend. The folklore has it that the “Devil Man” used to be a brilliant professor who one day left his old life behind and came to the Charles Bridge where he stayed till his death. 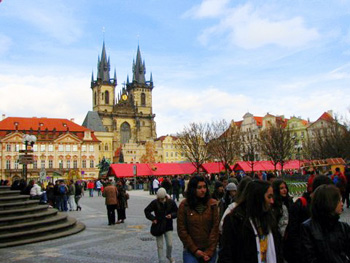 Did he believe he was the devil? Why the Charles Bridge? Was it all a ploy for the money or was their some higher reason for what he did? I don’t know. And I won’t know. When I set out to find him and ask, he was not to be found. The other vendors informed me with long faces that he recently passed away.

Though gone, his memory will not soon fade. In his own richly eccentric way, he left his mark on the bridge, the city, and on the millions of people who crossed the bridge and, upon seeing him in his devil horns, wondered, “What the hell?”

It reminds me of something a friend posted on my Facebook wall. “Hundred of years from now, it will not matter what my bank account was, the sort of house I lived in, or the kind of car I drove, but the world may be different because I did something so baffling crazy that my ruins become a tourist attraction.” Whatever brought Antonin to the bridge, he attracted tourists in a way few of us ever will. 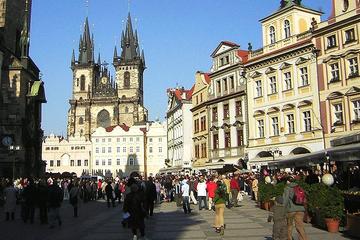 ♦ For information about backpacking see, www.st-christophers.co.uk/travel-tips/stories/europe/czech-republic/surviving-in-prague

♦ For information on what on what do while you’re there, visit www.myczechrepublic.com/prague 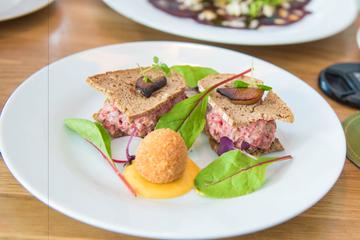 Private Food Tour With a Local in Prague

Photo Credits:
Most photos were by Luke Maguire Armstrong. Permission to use the Devil Man photo goes to Cara and Pam at www.thegrumpygoatgallery.blogspot.com