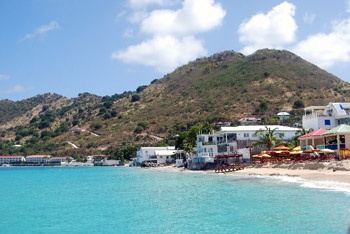 “Columbus sailed the ocean blue in fourteen hundred and ninety-two.”

I can’t remember a time when I didn’t know that little ditty; we were taught it at school from a very early age. But, we were also taught that he ‘set out to prove that the world is round’. Of course, that had been a known fact since ancient times. What he was really seeking was a quicker trade route to China and India, however he greatly underestimated the circumference of the Earth, and, of course, didn’t know about the continent in his way. 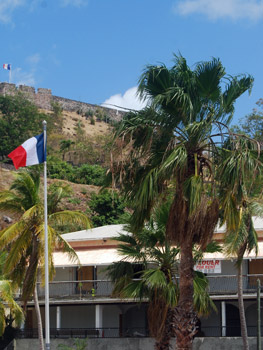 As we know, he did make landfall, but, what land was it? It was described as a ‘bean shaped island that had several small islands nearby’ Many sources assume it was San Salvador, in the Bahamas, but it’s been pointed out that this also describes Grand Turk. Right up to his death, Columbus maintained that what he’d ‘discovered’ lay off the shores of Asia, so it could be assumed his navigation techniques were suspect … and he didn’t know where he was!

On his second voyage the following year, he was able to fix his position more accurately. On November 11th 1493, he came upon an island. Since November 11th is St Martin’s day, he called it St. Martin … or, more accurately, Isola di San Martin. Then, he took possession of it in the name of the King of Spain, (Columbus was, of course, Genoese, but the expedition was backed by Spanish money) and sailed off to see what else he could find. 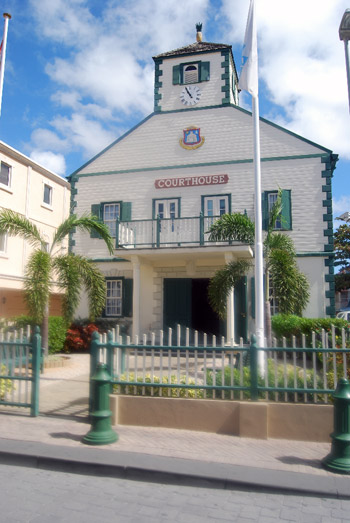 Unfortunately, His Catholic Majesty doesn’t seem to have taken much of an interest in the place, for, by 1624, the French were growing tobacco on the island and, a few years later, the Dutch had set up a colony to work the salt pans. But, in 1633, the Spanish were involved in the Eight Years War, and realised their island was in a strategic position, and asked for it back. But, the Dutch and the French were soon back, and formalised the arrangement in 1648, with the signing of the Treaty of Concordia, which divided the island up between the two nations,

The islanders like to tell a story of how the nations divided the island by sending a soldier from each country for a walk, on a blazing summer day. For refreshment, the Frenchman took a bottle of wine, and the Dutchman a bottle of gin. The heat of the day, and the strength of the refreshment took more of a toll on the Dutchman, so the French were able to claim a greater part of the island.

In the years between 1679 and 1816, the island changed hands at regular intervals between the French and the Dutch; even the English took possession for a short while. This was a common story on many islands in the Caribbean, for these were troubled times, and several powers vied for military and naval power in the area.

In 1816 affairs settled down, to the situation that prevails nowadays. The French part (St. Martin) uses the euro as currency (technically, it’s a DOM, and as much a part of France as a Parisian suburb) and the Dutch part (Sint Maarten) uses the Netherlands Antilles guilder … although, in practice, the US dollar is widely accepted.

If you like quizzes, and you’re ever asked ‘Where do France and the Netherlands share a border?’ … it’s here, on St Martin/Maarten. There are border posts, but they’re rarely, if ever manned, and consists of just a shack, with a French flag on one side, and a Dutch one on the other. The Dutch part also has its own flag, but the French sector, being regarded as a part of France, does not … not an official one, anyway, although there are several unofficial ones.

If you do see a border guard at the checkpoint, it’s usually for ceremonial purposes, and a case of ‘wave, and he might wave back.’ 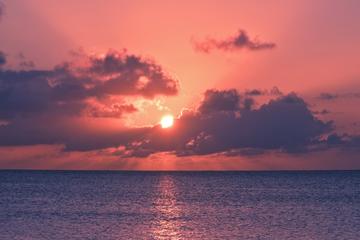 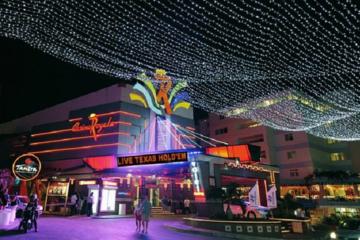 ♦ There are two airports on the island: international flights land at Princess Juliana International Airport on the Dutch side, and a smaller airport, at Grand Case, on the French side, deals with smaller aircraft from adjacent islands.
♦ Many visitors arrive on cruise ships, which usually moor at Philipsburg, on the Dutch side. The cruise port is within walking distance of the town; alternatively, a water-taxi runs fairly frequently. There are also ferries from the islands of Anguilla, Saba and St. Bart’s
♦ An extremely inexpensive way of getting around the island is on the buses, but these, although these are sometimes unreliable, they’re often crowded, as they’re extremely popular with the islanders.
♦ Car hire offers greater freedom and there are many companies offering such; some also rent out quad bikes and scooters, which are a fun way to get around, I recommend a visit to www.caribya.com/st.martin for a really comprehensive overview of all transport available.

About the author:
Having written for fun while serving in the Royal Air Force, Keith Kellett developed his hobby into a business when he retired. He found, to his surprise, his work was good enough to finance his other hobbies; traveling, photography and computers. He lives near Salisbury, in the south of England.