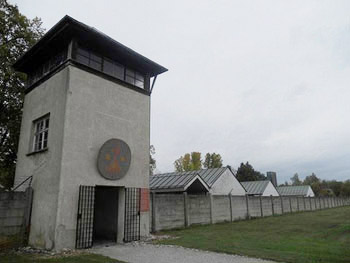 When planning a trip to a former concentration camp in Europe, Auschwitz-Birkenau in Poland tends to be the first one that comes to mind. But no more than 16 kilometers away from Munich lies another former concentration camp that was once used as a model by the Nazis to help design future concentration camps in Europe during the 1940s. This “Dachau Model” was often used by the Nazi party leaders to plan many other infamous camps like Auschwitz, and at the time served as an “instrument of terror” for not only the Jews, but Germans who spoke out against the Nazi party as well.

Not only was the Dachau Concentration Camp the first camp to imprison the Nazi’s political prisoners in Germany, it was also the only concentration camp that existed throughout the entire twelve years that the Nazi ruled over Germany as well.

By the early 1940s, Dachau was also the most well-known concentration camp in Europe, and apparently even whispering the word “Dachau” would spread a wave of fear and terror throughout the many communities who lived in fear of the Nazis. But for the 206,206 prisoners who were sent to Dachau as well as the 31,951 prisoners who died there, this fear would soon become a dark and deadly reality. 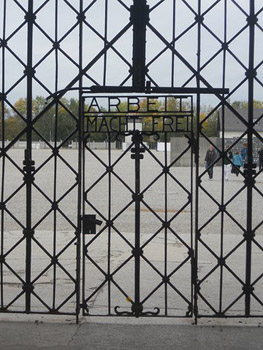 On March 20th, 1933, Heinrich Himmler and the temporary chief of police in Munich announced that a concentration camp had been built in small town of Dachau in Germany to imprison anyone who “opposed’ the Nazi political party.

The public was told the camp was designed to hold 6,000 political prisoners (such as members of the German Communist Party, the Socialist Workers’ Youth and the Catholic-Conservative Bavarian People’s Party). But soon after, Jews and political prisoners from countries such as Poland, France, Russia, Austria, Italy and the former Czechoslovakia and Yugoslavia, as well as Catholic priests, Gypsies, homosexuals, or anyone else deemed “asocial,” were being sent to Dachau by the thousands. By the time Dachau was liberated on April 29th, 1945, approximately 32,000 prisoners lived within its walls.

Polish and Jewish prisoners represented the majority in the camp, and nearly 11,000 Jews were sent to Dachau in 1942 alone. The camp had a ranking system for prisoner hierarchy, for which the Germans were considered to be at the “top,” while Jews, Italians and Soviets were at the “bottom.”

As soon as they arrived the prisoners were forced to give up their clothing and belongings, and were often beaten and emotionally abused by the officers while they were being registered. Officers would interrogate each prisoner as they arrived, and would shout racial jokes and slurs at the prisoners.

After the prisoner was registered in the system, they would be forced to leave the room naked so they could cleanse themselves in the baths. As they bathed, the officers would continually harass the inmates. Once the registration was complete and the prisoners entered the camp grounds, their eyes would have been immediately drawn towards the roof of the maintenance building which stood near the camp entrance. The Nazis had plastered a saying on the roof of the building which read: “There is a path to freedom. Its milestones are: Obedience, honesty, cleanliness, sobriety, hard work, discipline, sacrifice, truthfulness, love of thy Fatherland.” 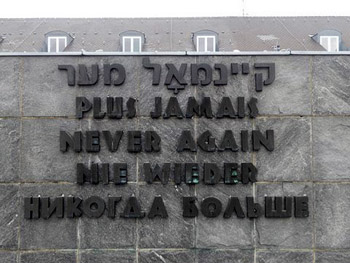 The prisoners attended roll call twice a day. During this time they were forced to line up in front of the barracks and stand motionless for an hour as the camp officers would count each prisoner. If anyone had died during the night, the corpse would then be dragged to the roll call area in front of all the other prisoners to be counted. If one of the prisoners had attempted to escape during the night, all of the other inmates were forced to stand at attention for hours on end, regardless of whether the attempt was successful or not. The officers would often torture or punish the prisoner for the others to witness. Sometimes the sick and dying inmates would collapse during roll call, and if any of the fellow inmates dared to help them, they would be punished. Punishment became an hourly occurrence inside Dachau. Prisoners were punished by food withdrawal, mail bans, or at worst, the infamous pole-hanging. Inmates were forced to work throughout the entire day and well into the evening, and were only given a limited amount of time to sleep during the night. They were also forced to put on heavy winter coats while they worked outside during the summer months, or even stand naked while they worked in the cold. If a prisoner was declared “unfit for work,” they would then be transported to the Hartheim Castle, (which was about 17 kilometers away from Linz in Germany); never to be seen or heard from again.

Life (and death) inside the barracks 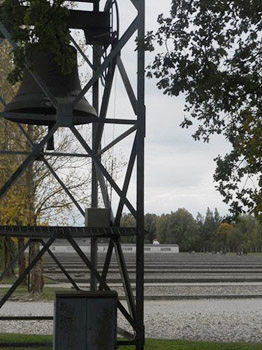 The barracks were used as day rooms and dormitories for the prisoners, and although each barrack was designed to hold 200 prisoners, by the end of World War II in 1945, up to 2,000 prisoners were packed into these small living quarters. (The Jewish prisoners slept in barrack #15 which was separated from the rest of the camp with barbed wire).

The windows of the barracks were painted over with chalk so the prisoners couldn’t see outside, and the rooms were packed from wall to wall with bunk beds which made it impossible for any of the prisoners to sit up or move around.

The road between the rows of barracks, also known as “The Camp Road” was used as a central meeting place for the prisoners. The inmates used this long stretch of road that separated the several rows of the barracks to exchange information during the few hours after work. These meetings were called “the Spirit of the Camp Road” because it resembled a “solidarity” among the prisoners; a solidarity that was much needed given the fact that life inside the barracks was anything but ideal.

The inmates were given food with very little nutritional value, and because of this, along with overcrowding and poor sanitary conditions, their bodies were unable to fight against diseases like tuberculosis and phlegmon, which was an infection of cell tissues. There was also a typhus epidemic that spread throughout the camp in the winter of 1942/1943.

Death became an “everyday event” within the camp walls, and often whenever a prisoner died the event was “met with little sympathy.”

The crematorium and death chambers 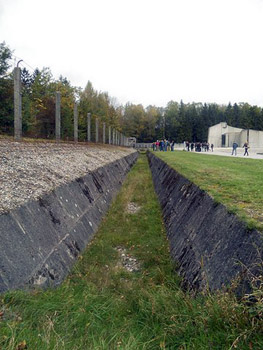 Dachau’s crematorium was built in 1940 in order to deal with the increasing number of deaths at the camp, followed by a larger crematorium as well as a gas chamber at the end of 1942. It was inside this gas chamber where the mass murders at Dachau occurred. Fake shower sprouts were installed in the ceiling in order to fool the prisoners into thinking they were going to take a shower. Within a period of 15 to 20 minutes, approximately 150 victims would have been poisoned to death inside the gas chamber. A separate room in the crematorium area known as the “death chamber” used to store the corpses that were brought in from the camp. These corpses were then cremated in one of the stoves, and it is said that each of the stoves could cremate two to three bodies at the same time.

By February of 1945, the crematorium was shut down due to a coal shortage in the camp, and the dead prisoners were then buried in mass graves just outside of the crematorium area; (these “ash graves” are now marked with various stones and tributes to the victims who were “laid to rest” here). 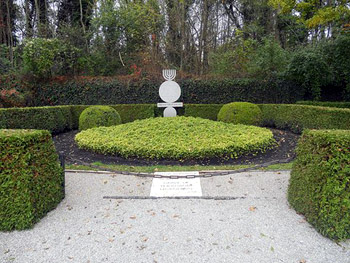 Unfortunately by the time American soldiers discovered Dachau on April 29th, 1945, it was already too late for many of the victims.

Initially the soldiers first reported seeing open box cars on train tracks just outside of the camp that were stashed full of bodies from the floor to the ceiling. Little did they know exactly what lay ahead of them inside the walls of Dachau. In the area surrounding the crematorium, soldiers discovered approximately 3,000 corpses piled up on top of each other in a mass grave just outside of the crematorium area, as well as a pile of ashes from possibly thousands of different corpses as well. There was also a small area around the corner from these mass graves which was apparently used as a spot for last-minute executions just before the camp was liberated.

When the soldiers first entered through the gates of Dachau, they reported that the camp looked empty. However, within a few minutes prisoners started to slowly appear from all directions, some skeletal-looking with torn clothes, who were screaming, crying, and kissing the soldiers’ hands.

Years later, many of these former prisoners helped create the Dachau Memorial Site, which was rebuilt in 2003, to educate the thousands of tourists who visit the former concentration camp each year. And although the “Dachau Model” was once used by the Nazis to help design many of the other concentration camps throughout Europe in the 1940s, today Dachau serves a model to educate visitors on how the mass murder killings should always be remembered, and the countless numbers of victims who should never be forgotten. 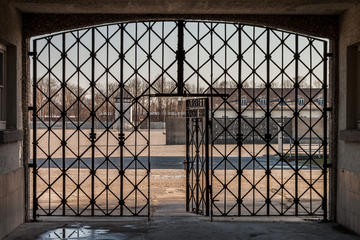 The Dachau Memorial Site is only a short train and bus ride away from Munich, and the admission is free. Take the S-2 train from Munich to the Dachau stop, and then take a free shuttle bus directly to the Memorial Site.

About the author:
Alexis Brett is a Canadian journalism graduate and is currently working as a freelance writer and living in Scotland. Her articles have been featured in Travel Thru History, Go Nomad and DIWYY.com, as well as various other music and travel blogs. You can follow her travel tweets @RambleOnEh.