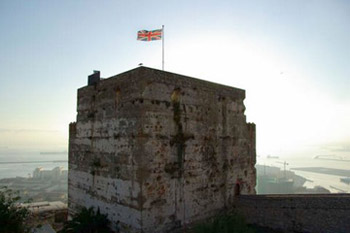 A jagged monolith protruding awkwardly from the arid Andalucian landscape, the Rock of Gibraltar is no larger than the mountains in its close proximity, yet it proudly dominates its surroundings with all the majesty you would expect from so famous a landmark. Gibraltar is visited by millions of tourists each year; many to enjoy the sea and the sunshine, whilst others demand something a little different from their visit to the former British colony. Getting to grips with the history of its turbulent past provides an excellent backdrop from which to enjoy the many sights and attractions which lend themselves to Gibraltar’s present.

The history of human settlement in Gibraltar can be traced back tens of thousand of years to the Stone Age when it was thought that Gibraltar was one of the last sites of regular occupation for Neanderthal man. The so-called ‘Gibraltar Skull’ which was blasted out of a quarry on the Rock’s north face in 1848 was actually discovered eight years prior to the remains found in Germany’s Neander Valley. A replica of the Gibraltar Skull as well as prehistoric tools and ornaments excavated from the Rock’s caves are on display at the Gibraltar Museum. Control of this Mediterranean fortress has passed through many hands, with the Phoenicians, Carthaginians and Romans among those who visited the Rock before its Moorish conquest in 711 AD. The initial incursion into Europe was led by a Berber general named Tariq ibn-Ziyad and it was after him (Jabal Tariq meaning literally Mountain of Tariq) that the rock known by the Romans as Mons Calpe took its eventual name. 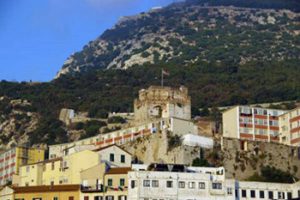 The Moors enjoyed Gibraltar’s strategic importance for over 750 years and there is still plenty of evidence of their time on the Rock. The most prominent remnant is the Moorish Castle whose Tower of Homage overlooks the isthmus on the north-west side of the Rock and is undoubtedly one of Gibraltar’s most well-known landmarks. The precise origins of the ‘Castle’ are not known, but work on the original structure was said to have been completed by Tariq himself in 742 which would make it the first Moorish fortification ever constructed on European soil. Work on the present structure is not thought to have begun until the 11th Century with much having been constructed much later, circa the early 14th Century.

The Tower of Homage marks the Castle’s highest point and adjacent to this are the Inner and Outer Keeps followed by the Quasbah, which houses the important Gate House considered by historians to be the oldest man-made structure in Gibraltar. The entire Castle complex would have originally extended through the Villa Vieja to the site of the original Moorish dockyard at La Barcina, roughly where Casemates Gate now stands. Many of the original fortifying gates and walls still remain and part of the foundations of the Galley House is on display at Casemates Square. The Medieval baths located in the basement of the Gibraltar Museum are another prominent relic of Moorish Gibraltar. The baths which operated by way of an underground network of canals circulating hot air, once formed part of the Merinid Governor of Gibraltar’s palace and are some of the most well preserved examples of their kind in Europe. 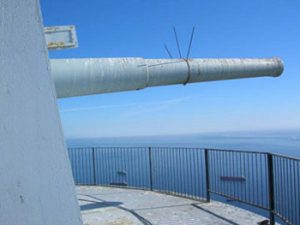 The Moors’ 700 year occupation of the Rock ended when Gibraltar was ceded to Castilian forces in 1462. Much of the original Moorish architecture was destroyed and built upon during the subsequent years of Castilian/Spanish rule, a job which was ably completed by the British from 1704 onwards. A perfect example of this is the Roman Catholic Cathedral of St Mary the Crowned which was built by order of Queen Isabella on the site of Gibraltar’s main Mosque. The Cathedral, having been rebuilt or extensively altered on a number of occasions presents a curious blend of British and Spanish architecture, however the small courtyard is the one remaining vestige of the Mosque’s original court.

The most notable Spanish addition is Charles V Wall which stands at the southern end of Main Street adjacent to the Trafalgar Cemetery. The wall, which dates back to 1550 and was originally built to keep out Barbary pirates, was recently refurbished and offers an alternative walking route from the area known as the Apes Den to the summit of the Rock. Many of Gibraltar’s defences were destroyed during attacks on the Rock following its capture by an Anglo-Dutch force in 1704. During the Great Siege of Gibraltar (1779–1883), the British Garrison survived an almost complete blockade of supplies and numerous assaults destroying much of the city, including the Cathedral. The Great Siege Tunnels which were instrumental in the British defence of the Rock are now a fully-accessible tourist attraction and are complemented in the Upper Rock by a City Under Siege exhibition which gives a fascinating insight into life in Gibraltar during the early years of British occupation. 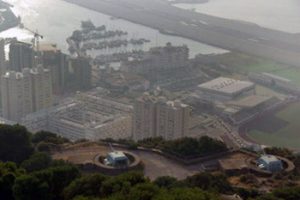 In 1805, following the Battle of Trafalgar, HMS Victory was towed to Gibraltar with the body of Admiral Nelson onboard, famously preserved in a casket of rum. The series of batteries known as Parson’s Lodge which stand on a limestone shelf above Rosia Bay are often overlooked by visitors to the Rock but are a must-see attraction, particularly for military enthusiasts seeking a unique view of what was Nelson’s anchorage. The Trafalgar Cemetery adjacent to Charles V Wall by Southport Gate contains the remains of military personnel who died in Trafalgar and other nearby naval battles. The cemetery itself is a peaceful spot which provides a refreshing sanctuary from the commotions of Gibraltar’s busy city centre. 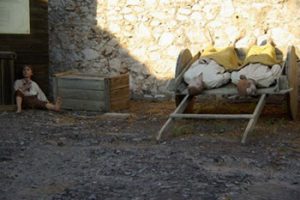 The Upper Rock is undoubtedly the best place to explore the many abandoned buildings and gun installations which represent Gibraltar’s more recent military history. Few are better preserved than the 9.2 inch MK10 (3rd picture) which can be seen at O’Hara’s Battery and which at an altitude of 1,383 feet, is the highest gun emplacement on the Rock. Having been recently restored, much of the gun’s original mechanisms remain intact and this fascinating example of early 20th Century artillery coupled with the spectacular 360 degree views from the battery make it a ‘must-see’ for anyone visiting the Rock. There are plenty more examples of 20th Century military installations in the Upper Rock including the impressive post-WW2 guns at Princess Anne’s Battery (4th picture) and the derelict remains of some smaller weapons which can be observed on Royal Anglian Way.

Throughout the centuries, many thousands of lives have been lost in defence of the Rock, with thousands more perishing in often disastrous attempts to conquer this most coveted of prizes. But Gibraltar is so much more than just the gatekeeper to the Mediterranean or the sum total of the walls and bastions which make up this impenetrable fortress town. The iconic Rock itself has been marvelled upon by travellers for many millennia and remains the centrepiece of Gibraltar’s tourist product. This lump of Jurassic limestone in the south of Europe and just 14 miles from the North African mainland is itself the cradle of ancient civilizations, the cradle of history. 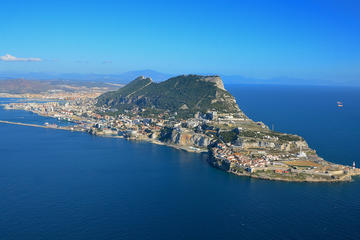 By Road: The only way into Gibraltar is via the neighbouring Spanish town of La Linea.
By Train: There is no railway system in Gibraltar, however the nearby town of San Roque in Spain is only about 10 minutes drive from Gibraltar and is well connected on RENFE, Spain’s national rail network.
By Air: British Airways and Easyjet both operate daily direct flights from Gatwick Airport. Monarch Airlines also operates a regular schedules service from London Luton and Manchester airports. Alternatively, you could fly to the airport in Malaga which offers a better selection of international options including direct flights to the US and most European destinations and is only about 1.5 hours drive from Gibraltar.

About the author:
Tristan Cano is a UK trained solicitor and budding freelance journalist who lives and works in Gibraltar on the southern tip of Europe. In addition to various legal publications, he has written extensively in the local and international press about Gibraltar’s economy and Gaming Industry. He is also a keen traveler with a particular interest is Gibraltar’s history and is keen to develop his travel writing beyond the Gibraltar and Southern Spain. triscano@hotmail.com

All photos are by Tristan Cano.