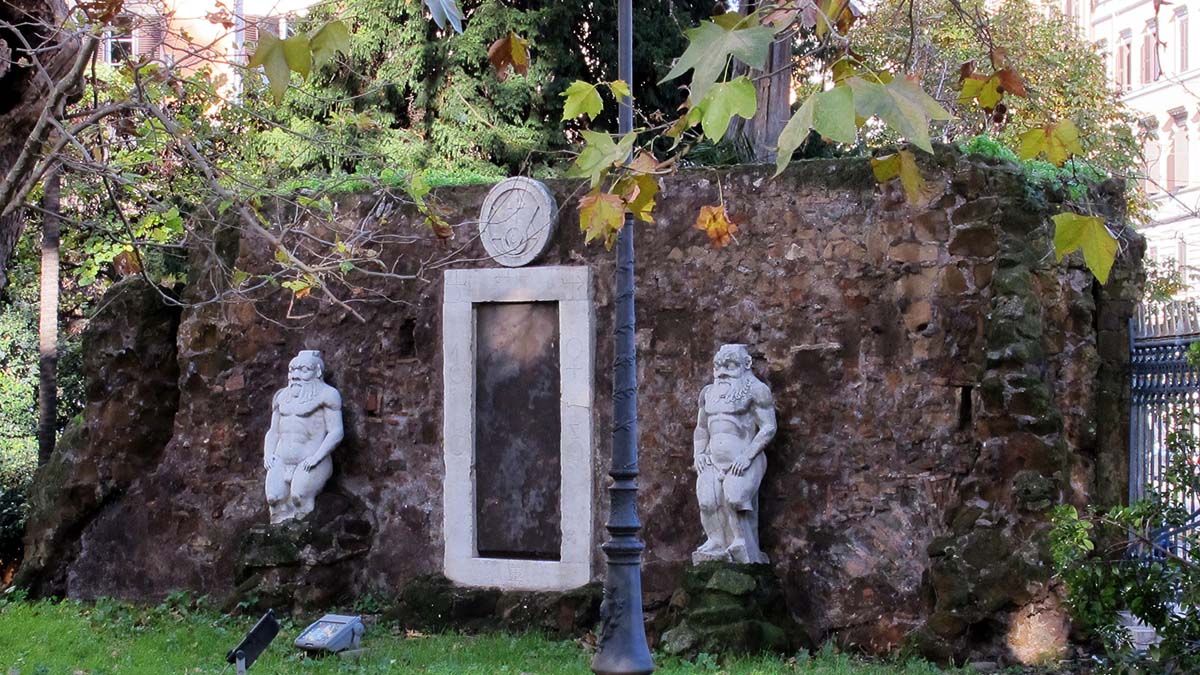 Who doesn’t know Rome? Who doesn’t know its most iconic landmarks? The Colosseum, the Vatican, the Pantheon, Piazza di Spagna and the Trevi Fountain are famous all over the world and are visited by millions of tourists all year long.

Nonetheless the capital of Italy has a few hidden gems to offer: unusual corners, often not widely known to Romans themselves. Quieter, more intimate places which will enrich your idea of the Eternal City.

Here is a careful and fun selection of the 14 most charming yet little known places in Rome: 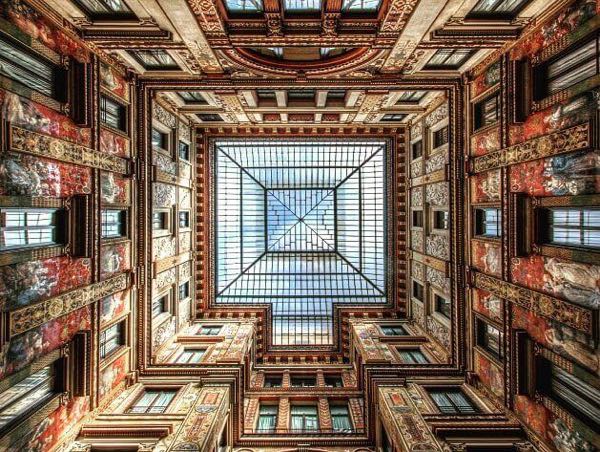 Built in 1880 by prince Matteo Sciarra, it is the finest Art Nouveau building in Rome today. The Gallery is located in a side street of Via del Corso (the main street of the city) and almost manages to hide its beauty.

The leading role in the decorations is played by the Woman, portrayed in various scenes of daily life in her roles of bride, mother and “angel at the hearth”.

The upper layer shows more figures of women, representing the feminine virtues of fidelity, humility and justness. You’ll be left staring up at this jaw-dropping wonder for quite some time.

[TOP PHOTO] In Rome (the very capital of Christianity) you can find one of the few monuments in the world dedicated to medieval magic: the “Magic Door” is all that remains of the ancient Villa Palombara. The marquis of Pietraforte, an alchemy and esotericism enthusiast, had the villa built in the second half of the 17th century.

In origin the monument was one among five external entryways to the Villa.

Legend has it that a mysterious pilgrim, hosted in the marquis’ villa, tried to transmute various materials into gold.

One day he was seen disappearing through the door, leaving behind a speck of gold and some magic formulas, which are now engraved on the perimeter of the door. 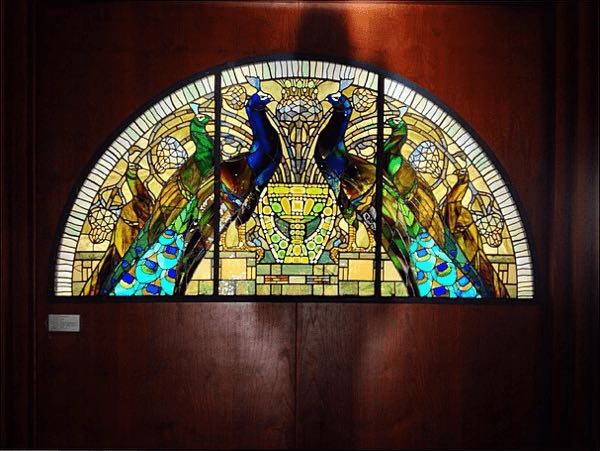 Between 1910 and 1925, at the height of the Art Nouveau artistic movement (known in Italy as Stile Liberty), a small group of artists turned an ancient chalet into the current Museo della Vetrata Liberty (Art Nouveau Stained Glass Museum).

Its peculiar shape, peaked roofs and its huge and colorful stained glasses confer to the place an almost magical atmosphere. Like a real life rendition of Hansel and Gretel’s house! 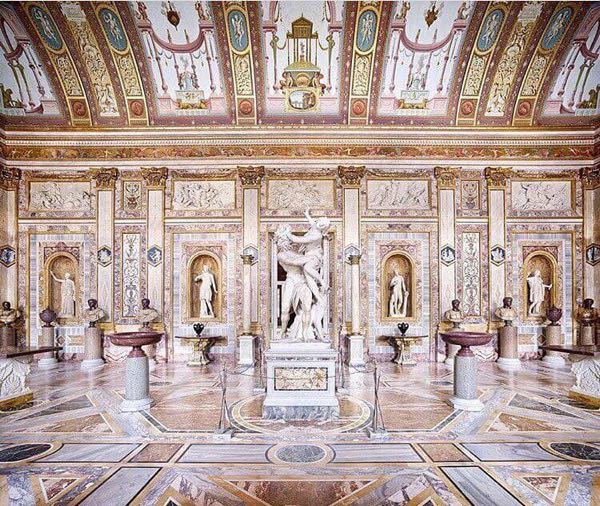 Only a short walk away from Casina delle Civette you can find the Casino Nobile, Mussolini’s residence between 1925 and 1943; he also had a gas-proof bunker and a bomb shelter be built here. Inside, beside the collection of statues, you can see the majestic ballroom, a beautiful garden and the wonderful terrace. 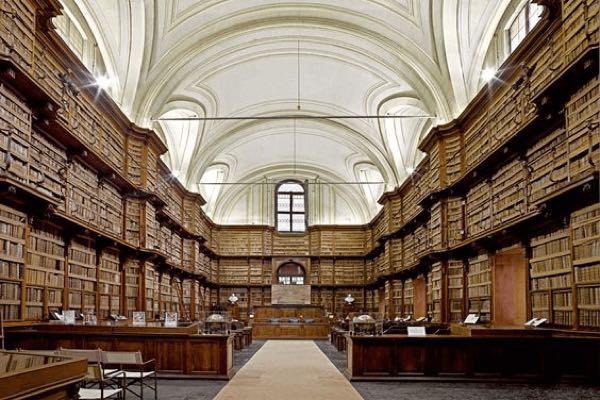 Inaugurated in 1604, Biblioteca Angelica is the oldest public library in Italy and the second in Europe after Oxford. The library houses more than 200,000 volumes, with 2,700 ancient manuscripts dating from Greek and Latin times among them.

Its position makes it even more fascinating, as it is located in downtown Rome and it represents one of the few corners of calm and quiet in the popular and chaotic Italian capital.

District Coppedè is an amazing mixture of Art Nouveau and Art Deco with flashes of other art styles, such as Greek, Gothic, Baroque and even medieval. The district, built between 1913 and 1926, consists of 26 apartment houses and 17 villas and owes its name to its designer, Gino Coppedè.

In the center of the district is a small square in which stands the “Fountain of the Frogs” (“Fontana delle Rane”); the Beatles once dove fully dressed in the fountain after a concert held at the nearby disco Piper, making the monument famous worldwide. 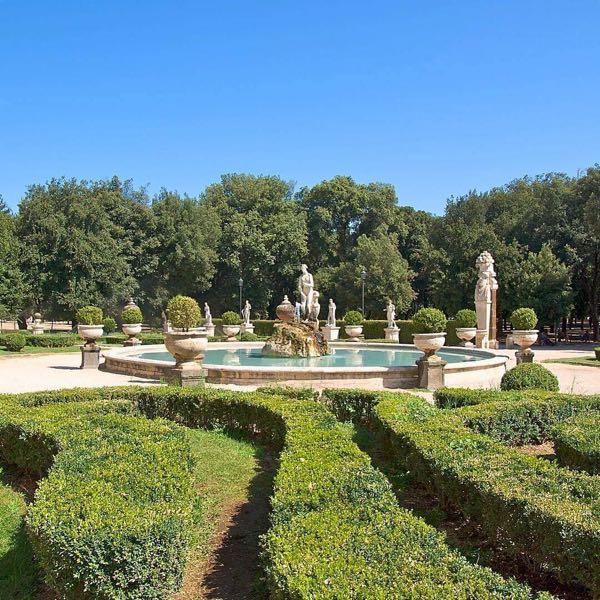 Located inside Villa Borghese, the Romans’ favorite public park, it represents a true treasure chest, housing the collection of Cardinal Scipione Borghese. The man had the villa built in 1600 for this specific purpose.

The most famous works kept here are Lorenzo Bernini’s sculptures and Caravaggio’s masterpieces. Thanks to its position and its works of art it can be considered among the world’s finest museums.

NOTE: If you want enter the gallery we recommend you to book your visit about three months in advance.

8. The Catacombs of Rome 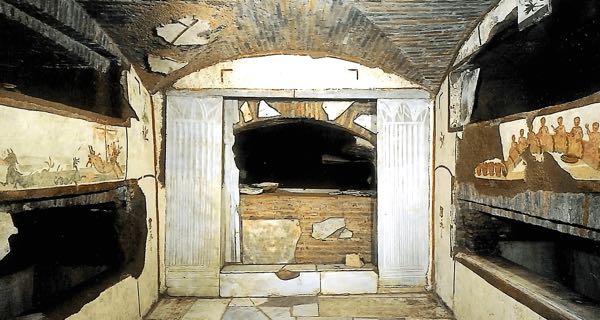 Experts deem the six Catacombs of Rome to be among the finest in the world; the best-known and most visited of them is the Catacomb of St. Callixtus, which stands out as the most beautiful and imposing. It represents the first burial site of early Christians and it houses the graves of the first sixteen popes and various saints. 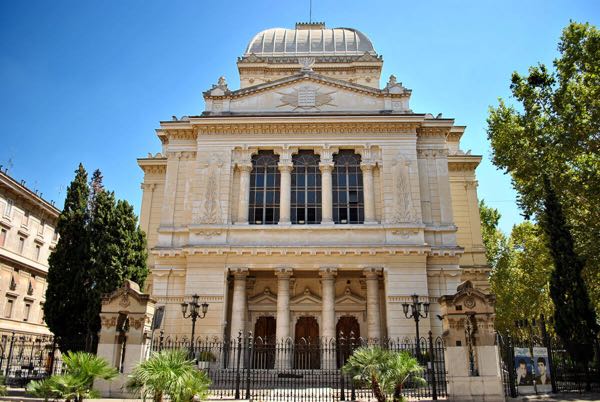 Built in 1555, the Jewish Ghetto of Rome is one of the oldest in the world. Strolling through the small streets of the district it will look like time has frozen in the ’40s: as a matter of fact the Ghetto holds its authenticity intact, despite the influence of mass tourism. The majestic Synagogue and the Portico of Octavia are landmarks of major importance to be found in the district. 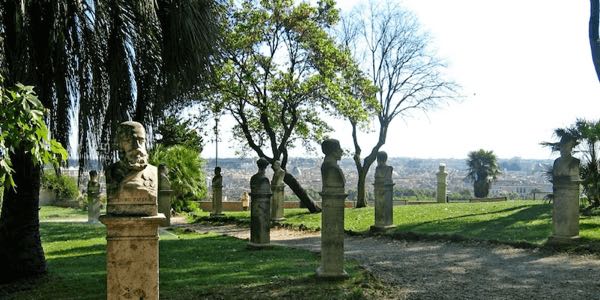 The Janiculum (Gianicolo) is one of the best observation points of Rome, with Monte Mario and the Pincian Hill (Pincio), offering a wonderful view over the roofs, ancient ruins and baroque cupolas of the city.

Fun fact: from 1847, as ordered by Pope Pius IX, a cannon fires blanks daily at midday sharp. In doing so the Pope wanted to set a standard for all the churches in Rome to ring their bells in unison. 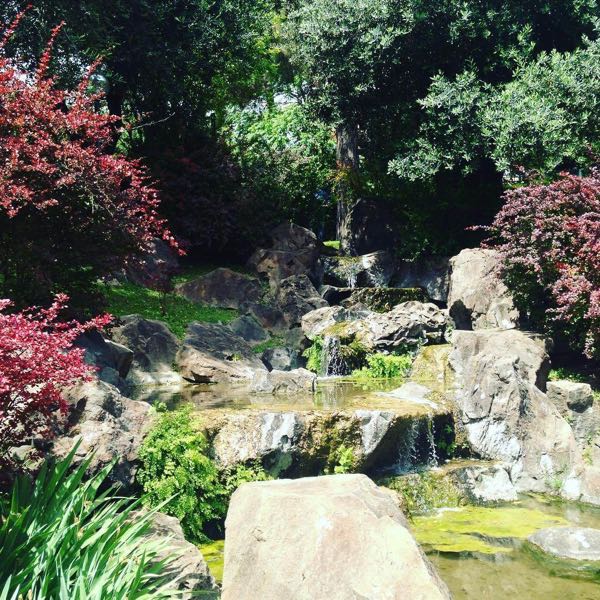 As odd as it may sound, in the center of Rome, the very cradle of Christianity and the heart of the western world, we can find a small Japanese garden designed by famous architect Ken Nakajima.

Regardless of its small area, the Garden contains all the elements of a traditional Japanese garden: a pond, a waterfall, rocks, small islands, a small bridge and the stone lantern called tōrō.

At the foot of the Aventine Hill (Aventino), one of the famous Seven Hills of Rome, lies one of the most romantic locations of the city: the Rose Garden. Already blessed by the beauty of nature and its position, granting a wonderful viewpoint over the Circo Massimo and the Palatine Hill at a safe distance from the city traffic, the Garden gets even more amazing in May, when 1100 species of roses blossom in a triumph of colors and fragrances. Such a wonderful place will leave you with your mouth wide open! 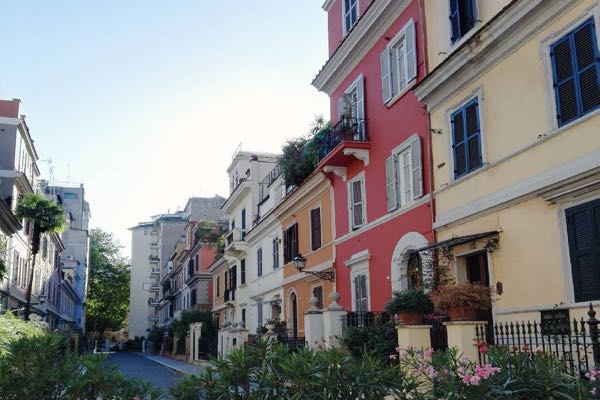 Inside one of the historic districts of Rome we can find a pleasant architectonic oddity: Little London. It consists of a pedestrian-only private street with the typical London-style small houses in bright colors, the same you’d expect to find in Notting Hill.

Mayor Ernesto Nathan, of English origin, fathered the idea of an “English” district in 1907. His intent was to build less expensive houses away from downtown in behalf of the common people. Nowadays, as one could easily expect, these houses have extremely high costs, exactly as in London. 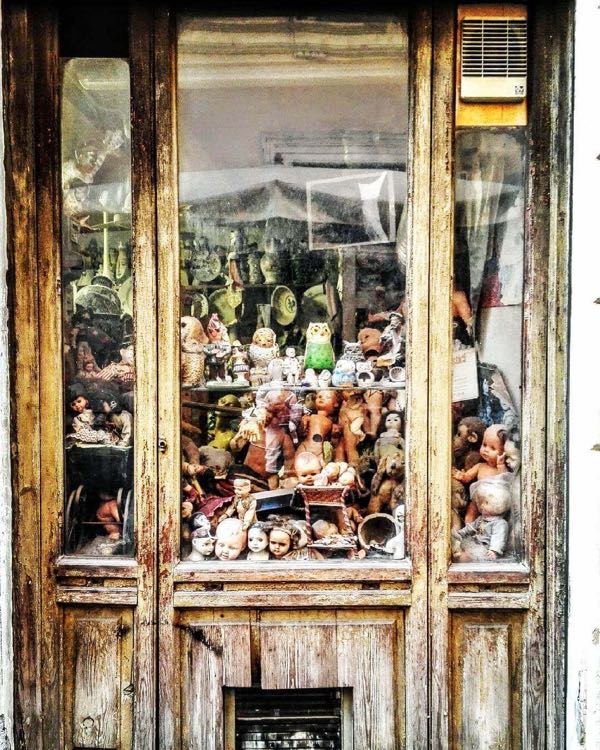 Walking through downtown Rome, near Piazza del Popolo, it is hard to miss the unique window of the ancient workshop Restauri Artistici Squatriti, also known as the Dolls’ Hospital.

The small workshop is crowded with heads, limbs and bodies of ancient dolls, waiting to be accurately “cured” by the expert artisans of the shop.

As you can see Rome is amazing, we tried to make a list of the 14 secret places but, if you go to Rome, I recommend you to wandering around and speak with the locals because every angle and every history is unique.

If you can’t go to Rome (or Sicily, New York, London etc. ) we can do that for you. We have created blinktravel.guide, a site (and an iphone app) through which you can discover the authentic spots of the most beautiful city in the world.

About the author:
Francesco Prandi is an Italian boy who loves traveling around many beautiful places in the word. He’s co-founder of Blink, an amazing app to make your travel an epic experience. He has an Instagram and a Facebook account where he shares the best Rome’s image.