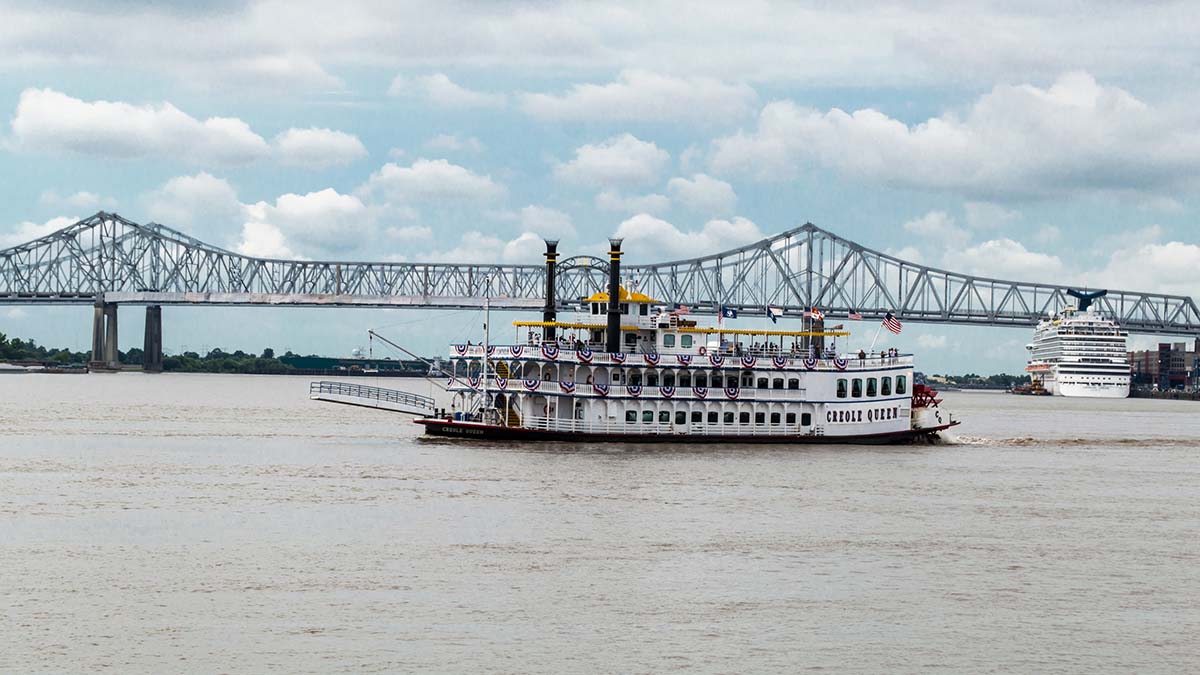 Reconnecting With The Past

Surrounding the banks of the Mississippi River are aspects of both the past and the present. Looking out into the river, the steamboats Creole Queen and Natchez take visitors from the French Quarter up the river and transport them into the distant past when the river was the highway of exploration. These steamboats use a paddle wheel to propel themselves along the river. Imagine a time in the past when similar ships steamed upstream loaded with bails of cotton and passengers of many types. You might meet a southern belle, or even a riverboat gambler. Jean-Baptiste Le Moyne de Bienville founded New Orleans in 1718. By 1860, the city had over 185 million dollars in commerce using the Mississippi River and a variety of ships from paddlewheel boats to flat-bottomed boats. The French Quarter exudes French and Spanish influences. 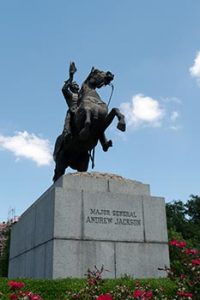 Walking inland from the river port, looking just ahead is an imposing figure of General Andrew Jackson on a reeling horse and surrounded by iron gated fences and palm trees with a backdrop of the three spires of Cathedral of St. Louis, King of France. The square was originally named Place d’Armes during the French period and Plaza de Armas during the Spanish period, or Weapons Square. This grassy plaza commonly known as Jackson Square (700 Decatur Street) is named for Andrew Jackson. He had a critical role in the history of the New Orleans.

France controlled Louisiana from 1718 until 1763. At the end of the French and Indian War, Spain gained control but returned Louisiana to French rule in 1800. The raising of the American flag in 1803, in this square ended colonial rule in Louisiana. In the War of 1812 only nine years later, it fell upon General Andrew Jackson to prevent the British from capturing New Orleans. With only a small group of soldiers, militiamen, Indians, and a few pirates, he was able to defeat the powerful British army. 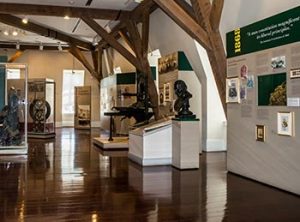 Beyond the statue of Andrew Jackson are the trio of the Cabildo, Cathedral of St. Louis King of France, and the Presbytere. The Cabildo (700 Chartres Street) is a museum that commemorates the seat of colonial power under the Spanish. It was the center of municipal government in New Orleans until 1853. The final transfer of Louisiana to the United States occurred here. Do not miss this museum. It has many artifacts throughout the early history of Louisiana and has an exhibit on the third floor with more extensive coverage of New Orleans through the present time. 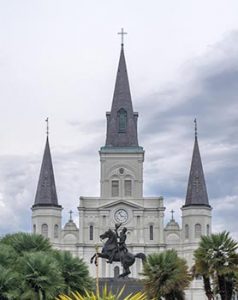 After leaving the Cabildo, enter the St. Louis Cathedral (615 Pere Antoine Alley). Towering above the surrounding buildings with its three steeples, it is the oldest active cathedral in the United States. The cathedral is the seat of the Roman Catholic Archdiocese of New Orleans. There have been three churches built on these grounds. The first church was built here in 1718 and designed by Adrien De Pauger during the initial period of French control.

A significant portion of the French Quarter including the cathedral was destroyed by a massive fire in 1788. The Cathedral of St. Louis completed its reconstruction in 1794, during a period of Spanish colonial possession. During the construction of the new church, Louisiana and Florida were included as a diocese by Pope Pius VI with the new church as a cathedral with Luis Pefialver y Cardenas of Havana as its first bishop.

After Louisiana became part of the United States, the population of New Orleans grew rapidly. In the period of fewer than fifty years, the St. Louis Cathedral needed additional room leading to the construction of the third church in 1850. The enlargement required many improvements to the structural walls of the church. The reconstruction reused the bell tower, but nothing else. The church has many notable residents buried under its floors, including the designer Adrien De Pauger as well as members of the French clergy of colonial Louisiana. 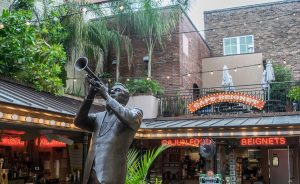 After all of your adventures reliving the past, enjoy some refreshments and entertainment. The French Quarter has plenty of places that will satisfy these requirements and is the oldest part of New Orleans. It was founded in 1718 and was known as Vieux Carré. The rest of the city developed around this area and received its current name as English-speaking residents arrived in New Orleans.

For a quick bite to eat and some light jazz head over to Music Legends Park (311 Bourbon Street). Their menu features everything ranging from beignets to sandwiches while jazz musicians play for your entertainment. You will have statues of music legends such as Irma Thomas, Fats Domino and Allen Toussaint welcoming you to the park.

As the afternoon gives way to early evening, head down to Pat O’Brien’s (718 St. Peter Street). This bar has been in business since before 1933 when it transitioned from being an illegal speakeasy to a legal drinking establishment.

The building that they use began its life as the French Theater Company in 1791. They introduced their signature hurricane drink during World War II. At the time, O’Brien’s had too much rum on hand but not enough whiskey, so they came up with an unusually bright red drink made of rum, fruit juice, and syrup. The drink gets its name from the shape of its glass container. The drink is usually served in a plastic glass, although you can get it in a hurricane glass for a nominal fee. The plastic glass makes it easy to carry your drink during your exploration of the French Quarter. It is legal in New Orleans to drink in public as long as you are not using a glass container. Their menu also offers a variety of other alcoholic and non-alcoholic beverages. The staff will serve you light food items ranging from sandwiches to soups and gumbo. 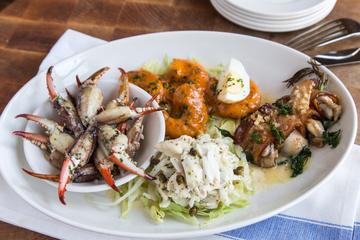 The climate in the summer tends to be very humid, and an umbrella will help for both pop up showers and protection from the sun.

About the author:
John Goodrow is a seasoned traveler, having visited every continent except Antarctica during his career in the United States Navy. Currently living and working in Mississippi, he enjoys traveling to historic and lesser-known areas throughout the world. He shares his knowledge of early American and Military history through travel writing.

All photos by John Goodrow