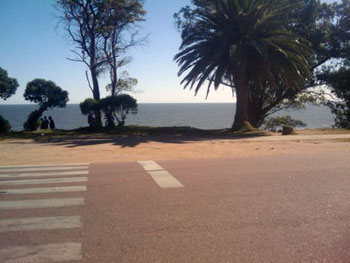 Were he alive today, exiled Chilean rebel poet Pablo Neruda would have appreciated Uruguayan President Jose Mujica. This folksy leader, a rebel from the same era as Neruda, would have welcomed the poet with open arms, and Neruda would surely return the embrace. Uruguay holds a special place in Pablo Neruda’s heart. It was here that he lived with his mistress, Matilde Urrutia.

Serendipity transported me to Pablo and Matilde’s romantic hideaway in Atlantida, Uruguay. In May of 2011, my husband and I decided that we were ready of the next chapter in our life’s adventure– we would move to Uruguay. There was one small problem: I did not speak a word of Spanish, and most Uruguayans do not speak English. A google search delivered me to Spanish Uruguay, an organization that teaches Spanish and arranges temporary housing for students. 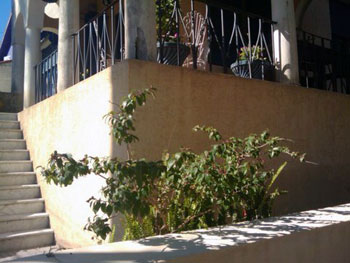 Spanish Uruguay has two locations– one in Montevideo and one in Atlantida. Since I was no longer interested in the nonstop action that characterizes the city life, I chose the enchanting coastal town of Atlantida. Pablo, the son of the lead professor, sent me photos of two living locations. One was a high rise near the beach, the other was a small, enchanting apartment complex called Isla Negra.

Instinct told me that the latter was exactly what I was looking for. I searched google in order to learn more about the complex, but my research took a detour and brought me all the way to Chile. Author Ruth Kozak, in her article titled Visiting Pablo Neruda’s Houses, describes Isla Negra as “a house that resembles a ship.” Fascinated, I read the article, but still wondered if there was any connection between my Isla Negra and the Isla Negra in Chile. My search brought me to a house along the Rambla in Atlantida.

The Poet and Politician 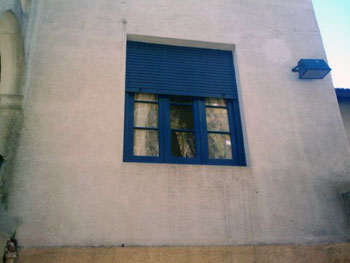 Isla Negra was one of the many one of the many houses belonging to Pablo Neruda, a romantic poet who writer Gabriel García Márquez referred to as “the greatest 20th century poet in any language.” His passion for politics equaled his capacity for love.

In 1945, the people of Chile elected Pablo Neruda, a communist, to the Senate. His tenure did not last long. Neruda was a friend of 1946 Radical Party presidential candidate Gabriel González Videla, who asked him to act as his campaign manager. Little did Neruda realize that that his friend was setting him up for betrayal. After winning the election, Videla outlawed communism. When Videla sent striking miners to military prisons and concentration camps, Neruda criticized his former friend in a senate speech titled “I Accuse.”

The poet’s outspoken nature brought about an order for his arrest. Neruda’s loyal supporters smuggled him and his wife, the artist Delia Del Carril, from home to home. The couple traveled around South America and Europe for the next three years. It was the trip to Mexico in 1949 that would change Neruda’s life forever.

A disabling bout of phlebitis kept Neruda in Mexico for longer than he intended to stay. His friends hired a Chilean singer named Matilda Urrutia to care for him. The nurse-patient relationship blossomed into a lasting romance. During Neruda’s exile, he traveled from country to country, while his beloved Matilde shadowed him. The lovers arranged a clandestine meeting wherever and whenever possible.

By 1952 corruption had triggered the fall of the Videla government, and the Chilean Socialist Party was nominating Salvador Allende for president. Neruda returned to Chili to live with Delia, but he constantly found ways to rendezvous with Matilde. 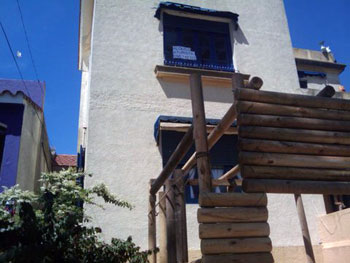 In her book titled My Life with Pablo Neruda

, Matilde describes how she and Pablo developed a thirst to be together all the time. They decided to take a vacation in Atlantida, where their Uruguayan friend, Alberto Mántaras, lent them his vacation home. The house, which still sits across from the beach in a fragrant forest of pines, became their secret romantic hideaway.

The lovers quickly fell into a domestic routine. During the daytime, they swam in the warm and marvelous water. Pablo was convinced that he might forget how to swim, so he begged Matilde to float by his side. In the evening, Pablo would set the dinner table and embellish it with items he found along the beach. While Matilde cooked dinner, he acted as bartender and prepared aperitifs for both of them.

The couple collected flowers and pressed them into a scrapbook filled with Neruda’s poetry. They gave it to Mántaras in gratitude for letting them stay at his house, and named the book Ode to the Flowers of Datitla. Datitla was the code name for Atlantida, which Neruda used in all of his poems, because nobody was supposed to know where he was.

Of course, secret romantic affairs rarely stay that way. Rumors of Neruda’s mysterious mistress filled the streets of Santiago. It was a few bottles of wine that let the proverbial cat out of the bag. Neruda returned to his home in Chile, to discover that some of his bottles of wine were missing. His gardener was the only one who knew their location, and since he could not explain why they were missing, Neruda fired him. 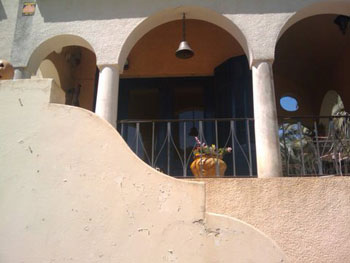 The gardener was a good friend of Neruda’s driver, Manuel Araya, who was the only person who knew about Pablo’s dalliances. In her book, Matilde states her suspicion that the driver gave the gardener some ammunition by telling him about Pablo’s mistress, which if course, got back to Delia. Pablo and Delia divorced, and Matilde and Pablo eventually became husband and wife.

Pablo Neruda died on September 23, 1973, 12 days after the September 11 fascist coup. While he allegedly died of pancreatic cancer, but in June of 2011, Chilean Judge Mario Carroza ordered an investigation into the possibility that Neruda was murdered for his leftist beliefs, and his criticism about the coup.

We might never learn the truth, but a house along the Atlantida beach serves as living proof that despite hardship and conflict, the Nobel Prize winning poet and his lover had a romance that even the most cynical person would envy.

After reading everything I could about the romantic history of Pablo and Neruda, I longed to visit his Atlantida home. Much to my dismay, the house, which was once a museum, is now a private home, but even its exterior whispers of a dramatically romantic past. Look carefully, and you can travel back in time and imagine Pablo and Matilde drinking aperitifs on the terrace, or making love behind the lace curtains.

Visitors to Uruguay fly into Carrasco Airport in Motevideo. At the time of publication, a visa is not required for entry. Atlantida is about a 30 to 40 minute drive from the airport. The address of the Pablo Neruda house is: Calle 10 Rambla Playa Mansa, Atlantida Uruguay. The last time I walked by, there was an alquiler turista sign on the window of the second floor, which means tourist rental. It might be the perfect place for a romantic getaway!

A few small hotels line the streets along the Rambla, all located within a few blocks of the Pablo Neruda Home. These include:
Hotel Saint Moritz
Cabanas Paradise
Tupungato Hotel

About the author:
Lisa Marie Mercer is the author of Breckenridge: A Guide to the Sights and Slopes of Summit County. After traveling all throughout the world, she and her husband decided to explore the expat life in Atlantida Uruguay.

All photographs are by Lisa Marie Mercer.