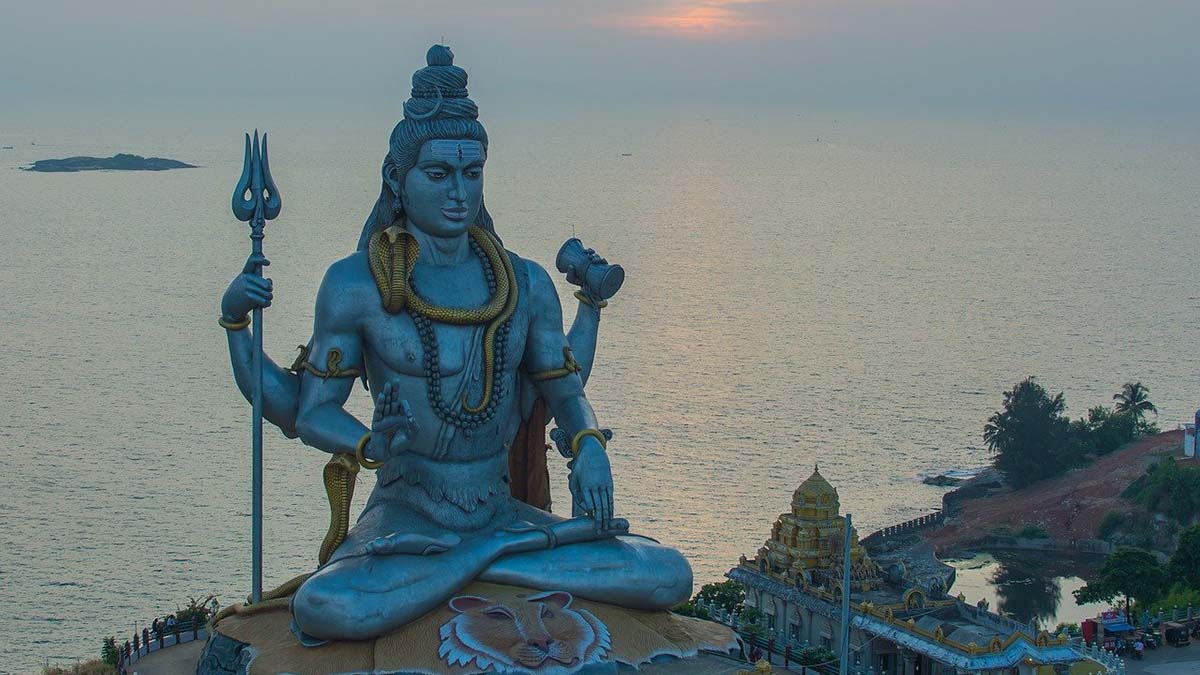 My mission was not a covert operation. It was supposed to take place in an open arena, thronged with people. “The exchange has to take place from within” were the explicit orders. And I had given my word. Backing out would be – Let’s not get into that. Before I get into the details of this mission, let me fill you in with some background.

My brush with India was at a superficial level. The world perceives India as a mystical nation-a country of snake charmers, yogis and spicy food. But in this cauldron of various cultures, languages and traditions lies deep within a connection with spirituality. The source of Hindu beliefs goes back centuries where sages wrote down the real Hindu way of life. It’s true; not all Hindus today follow the original doctrine but its tainted versions which are disillusioned with glittering, neon lights of modern thinking.

Truly, the outsiders find Hinduism confusing and often wonder “Is there something that these people don’t pray to?” They have thirty-three million gods and goddesses and still know how each should be revered. Temples of India are the gateway of preserving and understanding the real culture. Their temples are not just monuments defined by a dynasty to show off its grandeur but each has a history that is dedicated and honored to various deities.

Another unique feature of Hindu temples are that many of them do not house man-made idols but they have been formed because God came down on earth. Pure devotion and earnest chantings of devotees had melted the Lord’s heart. He was forced to descend and left his essence behind which have been made into places of worship.

The meeting place for this mission was going to be in one such temple located in Rishikesh, Uttaranchal, India. Lord Shiva, the lord of destruction resides here. He is one of the trinity of gods which defines the Hindu Dharma. Lord Shiva is easily pleased by slightest of devoutness and reverence. He cannot see his devotees suffer and this is the reason behind this temple’s origin. 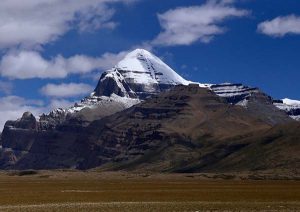 Several epochs ago, the churning of the ocean, Samudra Manthan was much needed to derive the divine nectar or ambrosia. As the churning started, mystical beings began to surface like Kamadhenu, the wish-fulfilling cow; Kaustubhamani, a rare gemstone; Kalpavriksha, the wish-fulfilling tree and many other heavenly objects. Suddenly, a poison called Halahal was hurled out. The gods were distressed. The magnitude of this poison was tremendous. If it was not controlled then it would destroy mankind. Lord Shiva resolved this crisis. He drank it.

He did not swallow it but let it remain in his throat. The powerful venom turned his throat blue. The Lord Shiva came to Rishikesh to rest. Several gods tried to cool off the strong aftermath of the poison and finally decided to pour water on his head. This is one of the reasons why devotees even today, offer water to the Lord as a part of their worship.

After several years of rest and meditation, Lord Shiva took out the poison from his throat, left it on the mountain and returned to his abode, Mount Kailash (above), in the Himalayas. A temple was constructed around this and became popular as Neelkanth Mahadev. Neel means the color blue, Kanth is throat and Mahadev denotes Shiva as the Lord of the gods.

The road to my rendezvous point is a mountainous height of 1675 meters. One side is high terrain and on the other is a steep drop into the pristine waters of the holy Ganges. Mortals who die here have a confirmed ticket to heaven.

I will drive to the temple, a scenic 32 kilometers. from Rishikesh via Barrage. As I approach my destination, tranquility embraces me; the gentle breeze comforts, and the gurgling, splashing sound of the river slows my heartbeats. The meaning of peace dawns into my being.

In the car park colorfully decorated stalls sell offerings for the deity. My offering plate consists of a sealed plastic glass of water from the Ganges, a box of incense, assorted white flowers, fruits like jujube and Dhatura (a thorny fruit), small piece of red veil with golden border and a photograph of Lord Shiva with the backdrop of the temple.

The approach to the temple is tunnel-like with narrow corridors lined with shops selling souvenirs like statues of various gods and goddesses, Rudrasha beads, and crystal necklaces. 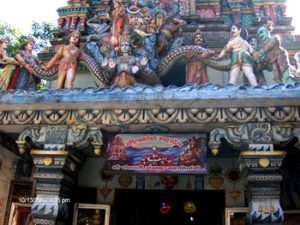 The architecture of the temple is divine. The entire structure is layered with brightly colored idols which explain the legend of Lord Shiva. The gods are immaculately portrayed in the churning of the ocean and in the centre is Lord Shiva.

I join the queue and make my way to the inner sanctum. A life-sized idol of Shiva’s consort, goddess Parvati seated in her grandeur is placed near the entrance. Other devotees waited patiently, chanting the Lord’s name in unison. As I walk further inside, the air became cooler and its stillness gave instant gratification to my soul. The arena around the lingam (the symbol for the worship of Lord Shiva) is inlaid with marble. Intricately detailed etchings on the columns depict the guards or Dwarpals, standing tall with their weapons. Facing the Lord is his mount Nandi, the bull. 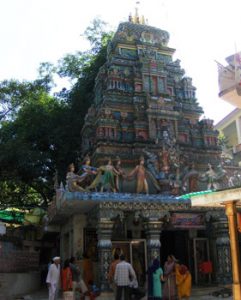 Finally, it is my turn to make my offerings. The lingam is encased in silver with an opening at the top so that it can be viewed. I pour the holy water and sit in awe.

I am really here, face to face, so close. Unbelievable.

The priest seated at the sanctum chants holy mantras and helps me complete my worship in the prescribed Vedic manner. He touches the photograph to the Lord’s form and gives it back to me as a blessing.

Behind the sanctum, is a Ficus Religiosa tree colloquially known as the Pipal tree. It is the oldest depicted tree in Indian art and literature. This is known as ‘World Tree’ or the ‘Tree Of Life.’ The roots are long and gangly, like veins combing out of a wrinkled skin. If only this ancient tree could talk it could unfold unfathomable mysteries.

The blessed photograph of Lord Shiva now stands on my mantle. Every time I see it, the grandeur of Neelkanth Mahadev flashes in front of my eyes. I truly believe that if we are sincere in our devotion, then the Lord allows us to come to such places of pilgrimage where we are able to experience the vibrations of his essence and derive the ability to enjoy eternal bliss. My mission has been a success. 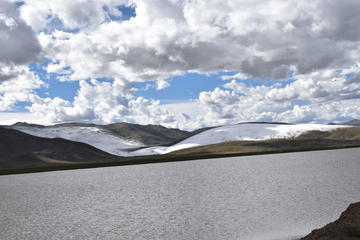 Holy Tour To Kailash for 17 Days

The easiest access to Rishikesh is from Delhi. There are daily direct flights to Delhi from every city of India. From Delhi there are two options-by road or by train. If you travel by road, it takes around seven hours or more depending on the traffic. But this is the scenic route. There are two trains from Delhi, one in the morning and one in the afternoon which takes you to Haridwar. From Haridwar, it is around 45 minutes by road to Rishikesh. Taxis are readily available from Haridwar station to Rishikesh.

About the author:
Nayna Chakrabarty’s writing is influenced by her experiences of travel, curiosity about the paranormal, fascination for adventure sports and illustrious legends. The desire to bring all of these experiences, intertwined into readable experiences, culminated in the publication of her past literary works. Her blog http://nayna.in/blog is a sneak preview of some of the unknown depths to which the human mind can delve into.