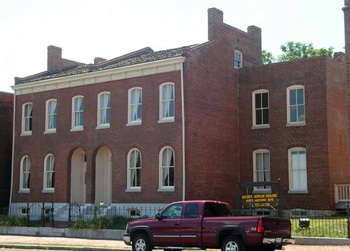 What jazz was in the 1920s, rhythm and blues was in the 1950s, and hip-hop was in the 1980s, are what ragtime was at the turn of the 20th century: on the cutting edge, music played in not so savory places and an art form that respectable people said was going to be the end of western civilization as we know it. And nobody in the late 1890s and early 1900s wrote and played ragtime as well as a Texas-born itinerant musician named Scott Joplin.

The only home where Joplin ever lived that still stands is a humble yet handsome, brick, walk-up flat on Delmar Boulevard in St. Louis. It is open as a state historic site, serving both as a tribute to Joplin and perhaps the nation’s most significant monument to this truly American musical genre. The bottom floor is a mini-museum devoted to ragtime and the early recording industry; the top floor is a recreated turn of the century flat, furnished like Scott Joplin and his wife Belle might have done during their residency. 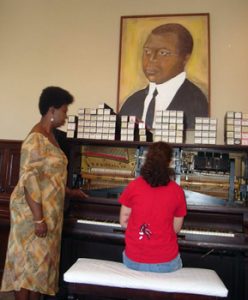 Joplin may today be remembered the King of Ragtime, but he was a child prodigy who grew up playing myriad instruments, composing music and rendering the classics. In time he left Beethoven and the rest behind and gravitated towards the improvisational, syncopated rhythms that had their roots in the minstrel tradition. That evolved into the piano-dominated music called ragtime, originally known as “ragged time” because of its supposed ragged sound.

In its early days, ragtime was not the music one heard at concert halls. It was played in the saloons, brothels and skid row restaurants of railroad towns and port cities in the Midwest. Yet like jazz, rhythm and blues and hip-hop, ragtime soon made the transition from music of the counterculture and black culture to music enjoyed by the white middle class.

By the time Joplin moved into this St. Louis home in the spring of 1900, he was starting to become nationally-known. Much of his success was due to his first highly regarded published work, “Maple Leaf Rag.” It was a mega-hit in the world of ragtime and became the first sheet music to sell over a million copies. 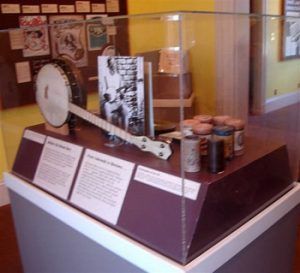 In the home’s museum section visitors can peruse the covers of period sheet music, and several are evocative of the day’s racial mood. The cover art for his 1902 composition, “The Entertainer,” is by today’s standards remarkably racist — a stereotypical strutting, top-hatted black minstrel-style performer. Another 1902 number is titled, “I Am Thinking of My Pickaninny Days.”

It was “The Entertainer” that turned a new generation onto this leader of ragtime royalty. Joplin was a footnote in musical history when in 1974 composer Marvin Hamlisch arranged much of Joplin’s music for the movie, The Sting. The movie went on to win seven Academy Awards, including best picture, and it spawned a single: Hamlisch’s rendition of “The Entertainer.” During a time when the music charts were topped by artists such as Elton John, John Lennon, and The Allman Brothers Band, this anachronistic ragtime number reached number 3 on Billboard magazine’s Hot 100 list. After decades of obscurity the world had rediscovered Scott Joplin. 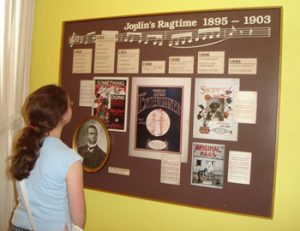 It is hard to appreciate ragtime without hearing it, and visitors are permitted to have a seat at a period player piano and pump the pedals. The QRS player piano rolls offer ragtime numbers such as the bouncy “Magnetic Rag” and “Swipesy: Cake Walk.”

The cakewalk was a hybrid, a combination of a dance consisting of alternating hopping and kicking steps, and an early version of the game musical chairs. The last couple standing won a prize, literally a cake, although prizes gradually became bigger over time. The cakewalk was incredibly popular around the turn of the century. Site administrator Cookie Jordan noted, “Because black Baptists did not allow dancing they did not refer to the cakewalk as a dance. They called it a march.”

Joplin’s prime years coincided with the infancy of the recording industry. Ancestors of today’s MP3s, ipods and compact discs were recorded cylinders, and several are displayed here. Recorded cylinders lasted on the market for a few decades, and were all but replaced by flat phonograph records by the late 1920s. The two most successful record manufacturers, Edison and Victrola, handcuffed the buying public much the same way computer software giants Microsoft and Apple are accused of doing today. Both Edison and Victrola manufactured record players as well as records, but one could not play an Edison record on a Victrola record player and vice versa. Victrola ultimately won the war. 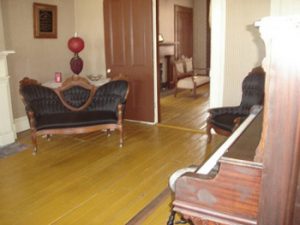 You get an idea of the Joplins’ living quarters on the second floor. Says Jordan, “A lot of people have romantic notions of the Edwardian era, and they think how wonderful things were. I have to tell people they had outdoor plumbing. People had a hard life by our standards, and that’s the reality of what life was like for Scott Joplin.”

Gaslights, calcimine paint and late Victorian-style furniture offer a taste of Joplin’s day. There is a desk with pigeonholes topped with a gas lamp and sheet music; a period cabinet upright piano sits against a parlor wall. A bedroom fireplace kept the Joplins warm in winter, while they spent many muggy St. Louis summer nights outdoors on the adjacent sleeping porch.

Joplin tackled more ambitious projects beyond single ragtime tunes. He composed an opera, The Guest of Honor, to commemorate Booker T. Washington’s dinner at Teddy Roosevelt’s White House. It was performed throughout the Midwest and prairie states in 1903, although some music halls refused to accept the fact that a black man could write an opera and credited The Guest of Honor to “Scott Joplin’s Minstrel Company.” Unfortunately, the sheet music has been lost so The Guest of Honor can never again be performed. 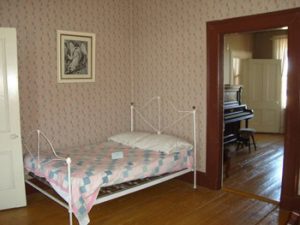 A second Joplin opera, Treemonisha, tells the story of a post-Civil War black couple who adopt a baby girl who grows up to become a teacher and leader. No music publisher thought it would be a commercial success and Joplin was unable to sell it. He self-produced and performed it once in 1912, but Treemonisha was soon forgotten — that is, until 1972 when it was performed for a second time in Atlanta. It was then presented in Texas by the Houston Opera Company which was invited to perform it on Broadway in New York City. In 1976 Joplin was posthumously awarded a special Bicentennial Pulitzer Prize for his contributions to American music.

Jordan would like visitors to leave Joplin‘s house with an appreciation for an innovative musician from a long time ago. She says, “Museum patrons should go away with a sense of what the turn of the 19th to the 20th century was like for Joplin. It was a new age, a new music was being developed, serving as a glimpse of the times to come. Museum-goers should also be able to realize the genius of Joplin and his other ragtime contemporaries, mostly African Americans forging new ground and planting seeds for new art forms to follow.”

One of those art forms that grew out of ragtime was jazz, hatched in the 1910s and coming into its own in the 1920s. And like jazz, ragtime is a wholly American music genre. 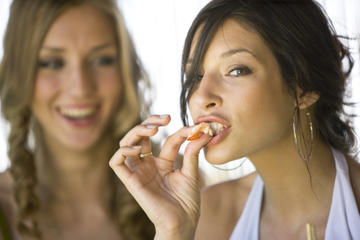 Scott Joplin House State Historic Site is open Monday-Saturday 10-4 and Sunday 12-4. Tours are offered on the hour. Admission: $2.50 adults and $1.50 ages 6-12. Note: The building next to Joplin’s house has been refurbished and opened as the new Rosebud Café, featuring ragtime performances. The first floor of the café interprets a turn of the 20th century bar and gambling club. (The original Rosebud Cafe where Joplin played was located at 22nd and Market streets, roughly five blocks away.) Note: The Scott Joplin House State Historic Site will hold its 17th annual Ragtime Rally with live performances on Memorial Day, May 25, 2009.

About the author:
Michael Schuman has been writing travel copy for over 30 years. His articles have appeared in the travel sections of over 175 newspapers and two dozen magazines. He is the author of seven travel books and 23 nonfiction books for the young adult market. His latest is Barack Obama: “We Are One People.”

All photos are by Michael Schuman.