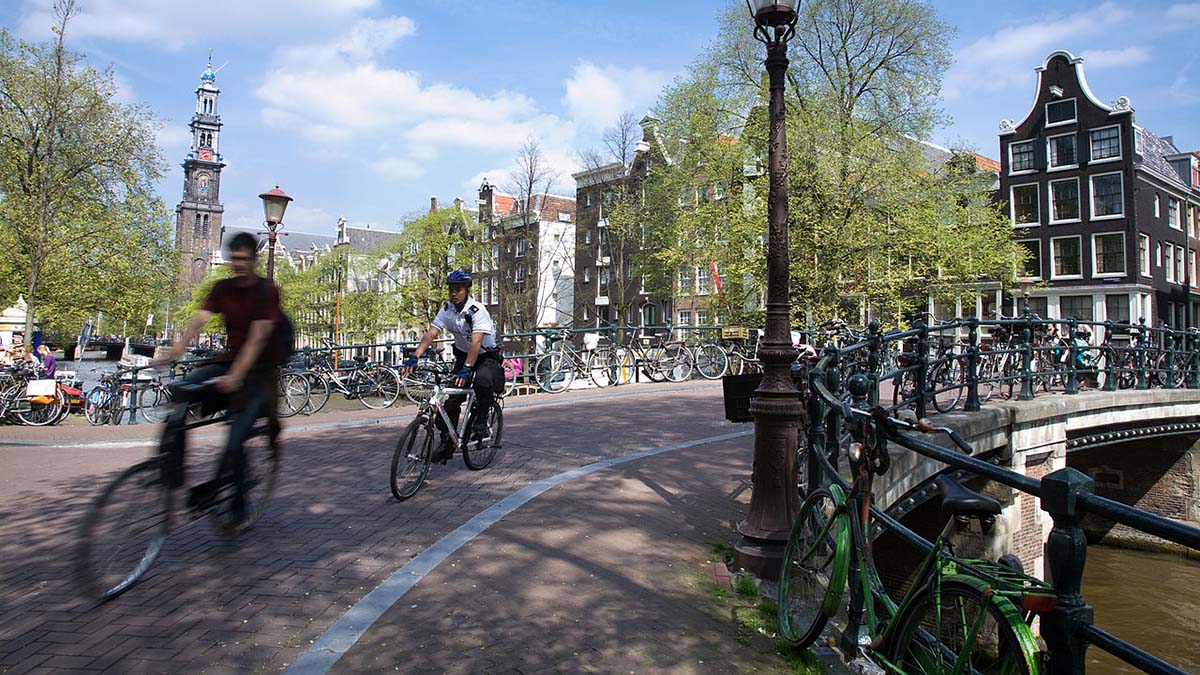 Many people’s vision of Amsterdam involves the salubrious red light district or smoky marijuana bars. However, the Dutch capital has far more much to offer than simply a den of iniquity. From edgy contemporary art to classic architecture to modern engineering marvels, the city has something for everyone. The best way to see this wide array of sights is by bike, the primary mode of transport in Holland and without argument the most efficient. 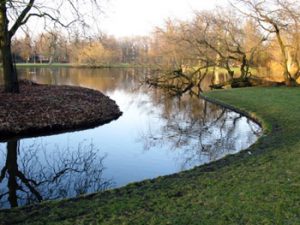 Some parts of Amsterdam’s medieval city centre are pedestrian only – and as things are distinctly crowded in this part of town, cycle with caution: tourists are not always aware where the bike paths are, and trams can appear out of nowhere and have the right of way. The best area to get comfortable with your bike is to head to Vondelpark, the green lungs of Amsterdam and the city’s largest park. You’ll see tourists and locals cycling, roller-skating, jogging, or simply walking about the various reflecting ponds and tree-lined paths. Currently a significant amount of restoration work is ongoing, but don’t let that get in your way – riding around the edge of the park would take you approximately two miles (3.3km) so there is plenty of space to maneuver. A good stopping point, if you’ve not packed your lunch, is the Blauwe Theehuis, a two-story café hidden in a leafy section of the park that is a social hotspot with the locals. Otherwise, find a quiet bench and enjoy the people-watching. If you want to visit a museum while you’re here, the Film Museum (which also has a good café) is on the park grounds. 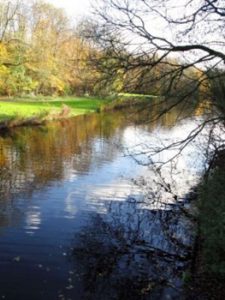 Another interesting ride in the city centre is along the Ij river, which forms the northern border of the city. Centraal Station is along the Ij; from here go east where you’ll find some of Amsterdam’s newest construction, including the Muziekgebouw, a glittering glass high-rise that is home to a new concert hall. Next to the concert hall is the Bimhuis, a smaller theatre where Amsterdam’s edgiest jazz plays several nights a week. The outdoor café terrace next to the water is said to be one of the sunniest in the city. Alternatively, head west from Centraal Station will bring you to the Amsterdam Plage, a quirky city beach complete with Caribbean cocktail bar and a sand pit with bean bag chairs.

Near dusk, head to the Jordaan, Amsterdam’s bohemian neighborhood and home to those picture postcard perfect canal bridges. The area is full of hip and trendy cafes, beer bistros, and quiet terraces to enjoy a tea or coffee. The reason to head here at dusk is that this is the premium time to see the canal houses, as residents switch on their interior lights and the bridges start to reveal their sparkling reflections in the waters below. Be sure to know how to switch on the lights on your bicycle – it is law that they are required after dark, and you can be fined without them (never mind the safety risk). 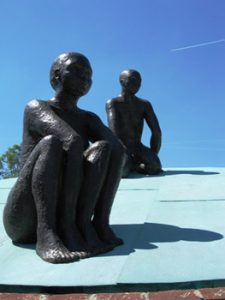 The west of Amsterdam is mostly residential and industrial space. However, just on the edge of the centre is another fantastic park, second only to Vondelpark: the Westerpark. It has one of the best bakeries in town, the Bakkerswinkel – sister to the one of the same name in the red light district – and the grounds are an art lovers dream: modern sculptures are peppered throughout the park, including such unusual concepts as a wedding dress floating in a pond. An interesting sight to see is just beyond the park to the west – one will find a church and small community that is the old village of Sloterdijk. However, if you just look further to the northwest across the grassy plain, you’ll see a large train station and a cluster of skyscrapers – this is the modern day version of Sloterdijk. It is quite the juxtaposition of old and new Amsterdam. 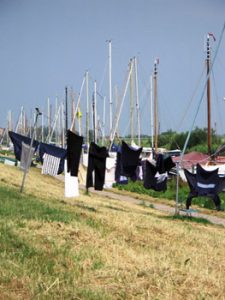 The Ij river forms a barrier on the north edge of Amsterdam, but this is easily crossed via the one of the free ferries that run quite regularly from Centraal Station. Board any ferry, hop off on the other side, and head north. The best part about the cycle paths in this part of the area is that once you get closer to the sea, the cycle path strides the top of the dykes – giving you the best view of anyone. A great village to visit for the day is the old world hamlet of Monnickendam. Here you’ll find old fashion Dutch living, complete with locals in old styled clothing and architecture.

To the east of Amsterdam lies the beach: the shores of the Ijmeer. As a reminder that the Netherlands is a country below ground, here one can see where the sea has been filled to provide land for housing and new cities. Along the shore, though, are a number of clean and cheerful, purpose-built beaches. Two new villages to explore in this area include Steigeriland and Haveneiland-West. Both of these areas are technically “islands” as the land is only connected to the mainland by bridge. 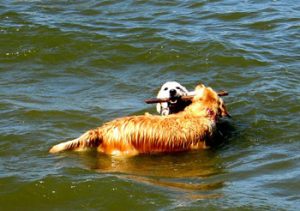 South of Amsterdam are the city’s most populous suburbs, including the area around the World Trade Centre and the city of Amstelveen. However, just west of the WTC is a fantastic area called Amsterdamse Bos (‘Amsterdam Forest’). Considered to be the city’s back yard, the area is one of the largest parks in Europe, with more than 85mi (137km) of footpaths, 35mi (51km) of cycle paths and 50 bridges. The highlight of the area is the goat form (‘Geitenboerderij’) which includes an animal petting too as well as a café serving up products made on-site, such as cheese, ice cream, and yogurt. The bike paths here are wide, flat, and even on a crowded day the park feels extremely peaceful.

Don’t worry about getting lost in Amsterdam – cycle paths always have signage pointing you back to Amsterdam City Centre or Centraal Station. Just relax, pedal, and see where your wheels take you.

Further reading and resources to help you plan your journey in Amsterdam:
Dutch Amsterdam Visitors Guide
Real Life in the Netherlands

About the author:
Andy Hayes is a freelance travel writer and photographer based in Edinburgh, Scotland. When not out having travel adventures (or dreaming of new ones), he is hitting the walking trails near home. To get in touch or see Andy’s other travelogues, visit his website andyhayes.com ‘Sharing Experiences’.

Photo credits:
Amsterdam bicycles by: © Jorge Royan / http://www.royan.com.ar
All other photos are copyright by Andrew Hayes.