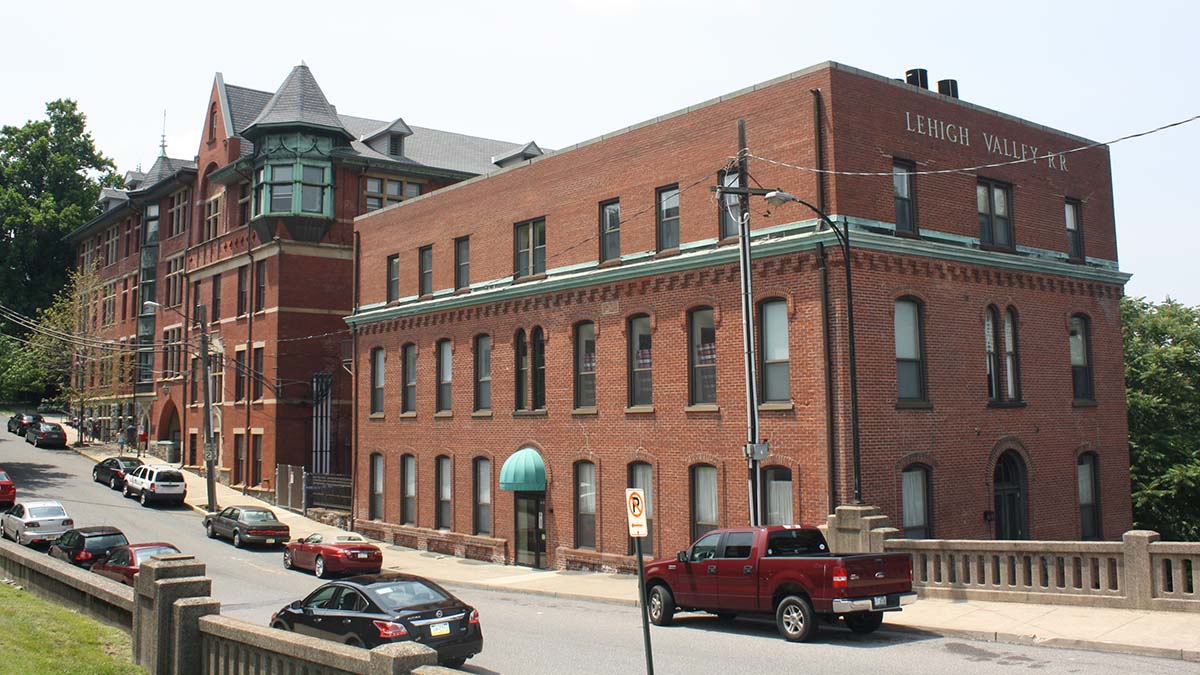 There is no place like Bethlehem, Pennsylvania. Nicknamed by locals the “Christmas City,” it is the most peaceful place on earth. You get the sense that the land is at rest, and maybe it is. It was spared the anguish and bloodshed of the French and Indian war that raged from July of 1754 to 1763 literally all around it. The main reason for this was simply because its founders, the Moravians, had paid for their land. The had no desire to civilize or displace the first inhabitants of the Americas. They just wanted a place to live free from religious persecution.

Three hundred years earlier, the denomination began when small groups of Bohemians and Moravians (present day Czech Republic) had broken off from the corrupt Catholic Church, under a young zealous Bible scholar named Jan Hus. He was later burned at the stake for heresy, which only angered the local populace and fueled the revival which he had initiated. This in turn threatened the Catholic monopoly in the area and so began the Hussite wars. Almost 300 years later, in 1722, the tensions between the two groups were still so bad that a small group of Hussites from Moravia fled to Germany. They were sheltered there by wealthy Count Zinzindorf, who had enough land to do so comfortably, for almost 20 years.

Nazareth, Pennsylvania was founded first in 1740 and then, in 1741, came Bethlehem. The first immigrants held their services and wrote their hymns in German. They lived in segregated housing arrangements called choirs: one for single sisters, one for single brothers, and one for married couples. They loved music, and the choir designation referred to the fact that they were always singing, in order to keep themselves uplifted while they worked the menial jobs of a pioneering existence.

From the Moravians came the first orchestra in America, The Bach Choir, (which is still going on to this day), and the iconic Christmas Star, the Love Feast (on Christmas Eve) and Moravian sugar cake.

The star is indeed the symbol of Christmas City, USA. In 1937, to commemorate this, a giant star was placed on South Mountain which overlooks the city, guiding those who traverse the labyrinth of streets and modern buildings to find historic downtown nestled in the centre.

Historic downtown Bethlehem is home to several treasured buildings including the oldest log structure still in use in the USA, the 1741 Gemeinhaus, which now holds the Bethlehem museum; the Brothers, Sisters, Widows and Miller’s stone houses; the Old Chapel; the Sun Inn; The Bell Tower; the 1762 Waterworks; (also a national historical landmark, as America’s first pumped municipal water system) and the archeological remains of the buildings dedicated to butchery, tannery, dying, pottery and oil.

The Moravians are a kind and unassuming sort, seeking always to share their faith in a respectful way and only with those who are open to hear. Their focus remains ecclesiasticism, personal piety, missions and music. They were the first denomination to start a 24 hour prayer vigil, and once it began, it continued for over 100 years.

The first few times I visited Bethlehem I was too young to remember much. But when I was six and in first grade, they sent me to the Moravian Academy (built on my family’s lands) for one day.

Next to the Academy is the Cemetery, where all the gravestones are flat and arranged by name and marital status rather than family, because to the Moravians, the dead are all equal “before God.”

I remember going to visit my grandmother on July 4 one year (I was 12), and the minister opened up the Bell Tower for us to climb to the very top. We could see over all the rooves of the entire town, and then there were fireworks.

We had been touring around the Lehigh Valley Music festival for hours, absorbing all the culture our souls could possibly sponge up. There was a local polka competition, food vendors, book sellers, beeswax shapes, ornaments and candles of every possible denomination.

They also have a store – the only one I’ve ever known of – dedicated 365 to everything Christmas. What else could you expect from The Christmas City, USA?

Several Christmases before we were in Bethlehem for the love feast. It is held in the colonial Old Chapel, on Christmas Eve. Everyone brings their children and in the middle of the service, ushers bring out mugs of hot chocolate and giant cookies. Then, they take up the dishes and hand out beeswax candles. It smells amazing.

Before the end, the whole sanctuary is darkened and filled with the light of hundreds of candles held by the children and their parents lining the pews.

On my recent trip we took the bus from nearby Allentown to the Newark airport. Within the first 20 minutes I spotted a large sign on a building that said, “Moravian Academy.” I pointed it out to my mother.

Apparently it was the middle school and new athletic grounds build on land that had also been in my family. It had been owned by an aunt or first cousin of my great-grandmother and her husband who made a lot of money with a successful business back in the 1920’s before there was such a thing as income tax in the Americas!

I tip my hat to the 18 brave souls who volunteered to be the first settlers in Bethlehem…it was a dangerous place back then, largely wild; the surrounding lands were populated by various first nations tribes with differing values and political alliances. One never knew if accepting the hospitality of one would make them an enemy of the others, as history proved it sometimes did.

When I was a child my grandmother gave me a book. It told the story of how the first trombones came to Bethlehem, and how through those instruments a miracle was delivered, and a war with the natives averted.

Today, in the United States the Moravian church has become allied with the Episcopal and Methodist denominations. But some still exist in Canada, Germany and other parts of the world. For example, when I went travelling in India we came upon a Moravian church and school in the highest human settlement on earth sitting in the Himalayas, at 18,000 feet. We stayed there for a week and ran an after school club at the church and also spent time with the children at school. I still have pictures of my teammates in front of the Moravian logo and symbol which is a lamb holding a blue flag with a white cross in the middle, and says in Latin, “Our Lamb Has Conquered, Let us Follow Him.”

This is an excellent website that tells about the history and locates everything Moravian.

Wikipedia has a great recreation and entertainment section:   i.e.: “The city is famous for its annual Musikfest, a largely free, ten-day music festival that draws over a million people to the city each August. Since its founding in 1898, The Bach Choir of Bethlehem has been attracting thousands of visitors to the annual Bethlehem Bach Festival,[36] now held largely on the campus of Lehigh University and on the historic grounds of the Moravian Community. Other festivals include The Celtic Classic, which celebrates Celtic culture, food and music,[37] and the SouthSide Film Festival, a non-competitive, not-for-profit film festival. The city has also been the past, and current host of the North East Art Rock Festival, or NEARFest, a popular 3-day Progressive rockmusic event…

The city is the location of Pennsylvania’s largest casino, the Sands Casino Resort Bethlehem, located on the former Bethlehem Steel property.

The Lehigh Canal provides hiking and biking opportunities along the canal towpath which follows the Lehigh River in Bethlehem. Both the Lehigh Canal and the Monocacy Creek are popular for sport fishing, and both are stocked annually with trout.

In spring 2011, the city opened Steel Stacks, a ten-acre campus that showcases music, art, festivals, films and educational programming throughout the year.[42] It is located in the backdrop of the blast furnaces of the former Bethlehem Steel plant.”

The motto of the Moravian church is: “In essentials, unity; in nonessentials, liberty; and in all things, love”

Everything you need to know about Bethlehem, PA

About the author:
K. A. Thomsen is a BC writer with an emphasis on historical fiction and poetry. Her first novel, The Hidden Valley

, a junior fiction cowboy story set in the Chilcotin wilderness was published in August 2016. It deals with tweens coming of age, issues of land stewardship, first nations peoples, ranching, and horsemanship. She is married with two children.