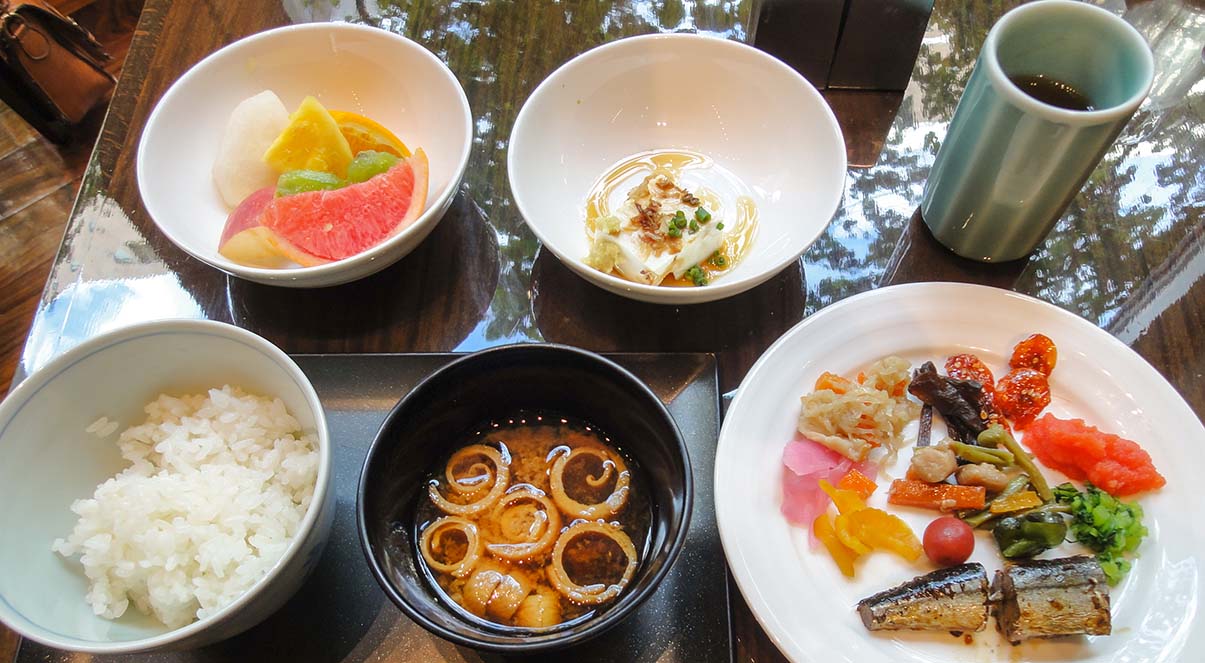 Sampling local food when travelling can be quite an adventure. However, there have been occasions when I have not felt the need to be quite so daring. Trying to decide what to eat for breakfast when I was in the land of the rising sun with my husband and favourite travel companion was one of those times.

The hotel breakfast buffet was disappointing to say the least. Food choices that looked vaguely familiar included overcooked scrambled eggs, dried-out bread and some pinkish processed meat posing as ham. I was hardly surprised, therefore, to see many hotel guests ignore this rather suspect fare in favour of Japanese breakfast offerings. These included miso soup, plain steamed rice and salad. Although these seemed more suitable for lunch than breakfast, they appeared more appetizing than the garish pink meat at the other end of the buffet. But I grew distinctly queasy when I saw the locals tucking into seaweed and raw fish with obvious gusto. 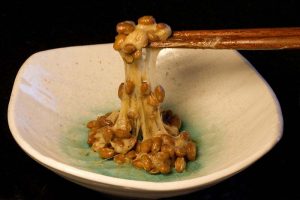 What made me really queasy, however, was natto, a fermented soybean dish so uniquely Japanese that it deserves a whole paragraph to itself. Many Japanese love natto, and believe it provides amazing health benefits. But for me it gives a whole new meaning to the idea that if something is good for you it has to taste bad. When you help yourself to a serving of natto the first thing you notice is that the brown soybeans are covered with a pattern of yellowish slime which the Japanese lovingly compare to spider webs. As you stir the beans around, the slime seems to increase in volume. When you finally get the guts to pick a bean out of the dish, it draws a trail of slime up with it. It also has an aroma reminiscent of locker room sweat, and a taste to match. 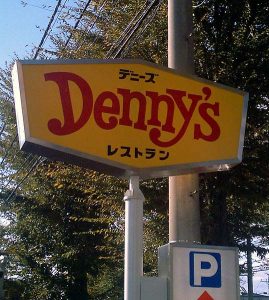 The next morning we decided to explore more appetizing possibilities outside the hotel. We recognized many restaurant franchises, but did not relish a burger or fried chicken. We considered an egg Subway but my favourite travel companion fancied bacon and eggs, so Denny’s seemed like a good bet. It looked just like the Denny’s back home. It had the same red and yellow sign, the same inside decor, and the same fragrant coffee aroma.

Unfortunately, as we soon found out, this Denny’s did not offer bacon and eggs. The menu, of course, was totally incomprehensible. Because we could not read Japanese, we poured over pictures of various combinations of salad and fish, trying to decide what to order.

I had prepared for our trip to Japan by taking Japanese lessons and buying a dictionary. As we were studying the menu a polite little Japanese waitress came over to help us, and I haltingly managed to ask for coffee without having to look in my dictionary. She bowed courteously and poured our drinks while I basked proudly in my communicative success.

But pride, as they say, comes before a fall.

There was a container of sugar packets on the table. My FTC looked for some artificial sweetener, but there were none. Because he has a seriously misplaced faith in my magical ability to speak in tongues, he asked me if I could get the waitress to bring him some.

Not surprisingly, “Can you bring my husband some sugar substitute?” was not one of the useful phrases I had learned in Japanese class, so my first reaction was that he might just as well have asked me to scale Mount Everest. But, of course, I did have my dictionary. I knew the word for “sugar”, and I knew how to say “please”, so all I needed to do was find the Japanese for “substitute” and figure out how to cobble together a sentence.

I began attacking the problem like a challenging Sudoku puzzle and soon had my sentence ready. I called the nice little waitress over and made my carefully worded request.

Her polite demeanour instantly changed. For a fleeting moment the friendly expression on her face was overcome by a look of stunned amazement. Her eyes seemed to bore into mine with a mixture of shock and disbelief. However, she made a rapid recovery, jolted back into friendly customer-service mode, and took the container of sugar packets into the kitchen. I sat smugly congratulating myself once again on my linguistic skill until she returned with an identical container to the previous one. I suddenly understood her reaction. I had somehow mistranslated “Please bring sugar substitute” into “Please change the sugar.”

“No, no, no!” I protested in broken Japanese. “Not that. Not sugar,” and started looking in the dictionary for “diabetes” and “blood.”

A very important aspect of Japanese culture seems to be “When in doubt, hold a meeting.” Consequently, the waitress enlisted the help of all the other waitstaff. They gathered in a huddle around us and held a rapid-fire discussion of the problem at hand until one of the waitresses had a Eureka moment. Her eyes grew to triple their normal size and her mouth fell open as she uttered “Aah! Diatsugaa!”

Who would have guessed that the Japanese for “sugar substitute” is actually “diet sugar” spoken with a Japanese accent?

I was overjoyed. I had finally managed to communicate, and there were smiles all around. Life was wonderful, except for one small detail. They did not actually have any diet sugar.

Too embarrassed to go back to Denny’s, we bought fresh fruit, yogurt and baked goods at the local convenience store on our way back to the hotel at night so that we could enjoy a relaxing in-room breakfast the next morning.

And even though my experience at the Japanese Denny’s has ingrained the Japanese for sugar substitute so deeply in my mind that it will accompany me to the grave, I doubt if I will ever need to ask for “diatsugaa” again.

Japan offers several breakfast alternatives which are surprisingly easy on the budget. Japanese bakery coffee shops offer a wide assortment of freshly baked buns priced from 100 to 400 yen ($1-$4) which contain various sweet or savory fillings. Many train and bus stations have food counters or coffee shops which sell reasonably priced baked goods and freshly packaged sandwiches. You can buy hot tea and coffee from train station vending machines. Or you can do what we did and check out the convenience stores. 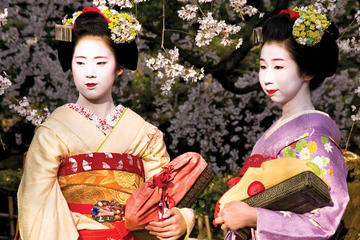 Tokyo has two international airports, Haneda and Narita. The best way to travel from Tokyo to other major cities is to use Japan’s excellent railway system. Trains are both clean and punctual. Also, the system is relatively easy to navigate as signage is posted in both Japanese script and the Roman alphabet. You can purchase a Japan Rail Pass from your local Japanese embassy or consulate before you go.

Lesley Hebert is a graduate of Simon Fraser University. Now retired from teaching English as a second language in the classroom, she teaches ESL to international students via Skype. She also writes on-line articles which reflect a lively, inquiring mind and a love of travel, language, history and culture. Read more of Lesley’s articles at www.infobarrel.com/Users/HLesley 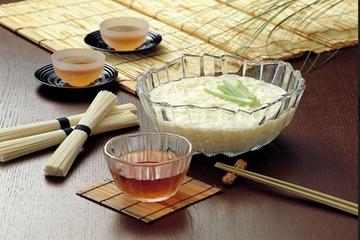