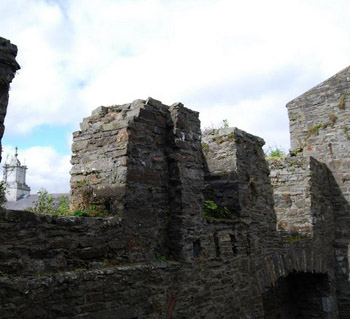 I think Desmond Castle is the first one I ever visited that stood, not on the top of a hill, or in beautiful gardens, but in a street of houses. It dates from around the late 15th/early 16th Century, and is, actually, a ‘fortified tower house’, with spacious store-rooms. 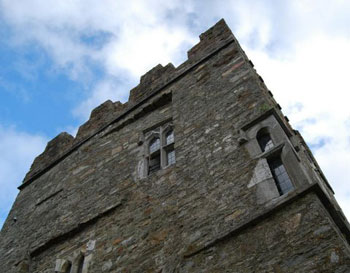 When the castle was built, Kinsale was a busy port, doing much trade with the Continent, and King Henry VII had granted Maurice Fitzgerald, Earl of Desmond the right to impose a levy on incoming cargoes … especially wine! For this reason, Desmond Castle had the alternative name of the Custom House. The Desmonds rebelled against the Crown in the late 16th Century, so lost this right, along with their lands. Shortly afterwards, the castle figured in what was to become known as the Nine Years War.

England had been claiming sovereignty over Ireland since the 12th Century, but it wasn’t till the 16th Century that measures began to be seriously taken to this end. The Irish, naturally, wanted none of it, and their rebellion escalated to an all-out war. King Felipe III of Spain saw an opportunity here to take a little payback for the defeat of the Spanish Armada earlier, as well as a chance to divert English forces from the Continent, especially the Netherlands, which was engaged in a long rebellion against Spanish rule.

He sent men and materials to Kinsale. They landed there in October 1601, where they fought valiantly in defense of the town against English forces. Eventually, though, they had to surrender, and were honourably treated, and allowed to return to Spain with their colours still flying.

At this time, it is believed that the castle was used as a powder magazine by the Spanish, but following their defeat, was used as a Custom House again. 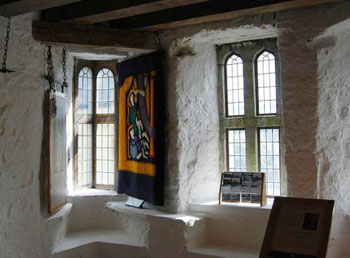 In the 17th and 18th Centuries, the castle was used as a prison for Spanish and French PoWs during a succession of Continental wars. It even housed a few American prisoners from the War of Independence. In between wars, it was used to house ‘home grown’ felons, until the 1840s, when it became a Famine Relief Centre and a workhouse, then used for various military purposes until it fell into disuse.

Now in the care of the Office of Public Works, it’s home to … the International Wine Museum!

An American travel writer once told me that Ireland only has one vineyard, which she visited some years back. I shan’t repeat her opinion of the wine, for I’ve never had any, so can’t say whether I agree with her or not.

The Wine Museum mainly commemorates the fact that, over the years, there’s been much emigration from Ireland, fleeing from unsuccessful rebellions, famines or just in search of a better life. These emigrants were often shown as ‘wild geese’ on ships’ manifests, so that the shipowners who carried them avoided displeasure at a practice which was officially frowned upon, if not illegal. So, they became known by this name.

In most places where wine is made, even today, there’s at least one family of Irish descent there … and all are commemorated in this museum. 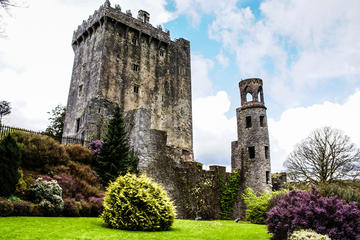 Kinsale is on the Irish coast, about 12 miles south of the city of Cork. It has no railway station, so, if you don’t have a car, the only practicable way to reach it is by taxi or bus from there.

However, Cork does have an airport, which can be reached from most airports in Ireland, and some in the United Kingdom and Europe. (www.corkairport.com)

It is also possible to get to Cork by rail (www.irishrail.ie) or long-distance bus (http://www.buseireann.ie) Accommodation of all kinds is plentiful. This can be arranged through the Tourist Office kinsaletio@failteireland.ie or telephone (+353)(0)21 4772234. Information at www.discoverireland.ie.

Desmond Castle: Cork Street, Kinsale. Tel: (+353)(0)21 4774855 email desmondcastle@opw.ie Admission charge (2011) €3.The castle is in the care of the Office of Public Works, and, if you wish to visit a number of their sites in Ireland, you might consider buying their Heritage Card (2011 price: €21) Details at www.heritageireland.ie