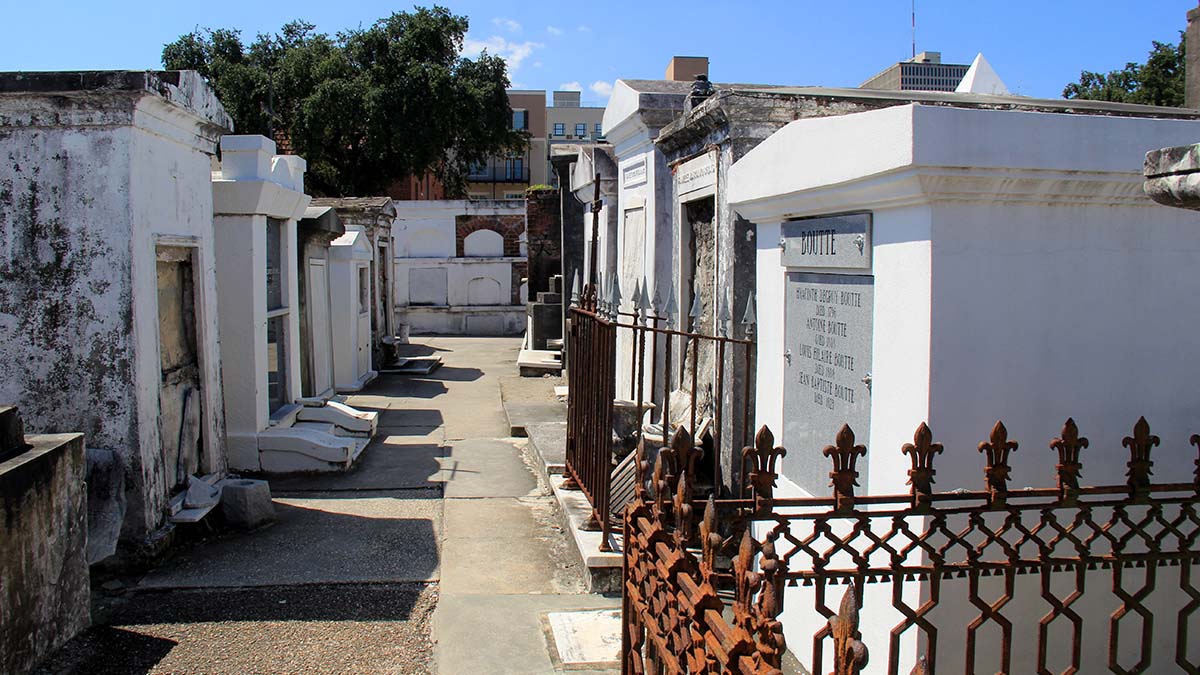 Mark Twain once referred to them as “Cities of the Dead” and nowhere is the term more appropriate than in New Orleans.

Cemeteries here are unlike others across the U.S. that bury their dead “six feet under” so to speak. New Orleans’ swampy low terrain sits one to two feet below sea level.а Here, underground graves were quickly discarded by early colonists after heavy rains sent coffins popping back up to the surface and floating down the streets of the Big Easy.

Instead of the marble and granite headstones set in verdant hillsides under massive oaks, indeterminate thousands of New Orleans’ deceased are buried in St. Louis Cemetery No. 1 and housed in its labyrinth of more than 700 elaborate above-ground crypts.а These ornate mausoleums are packed closely together, separated only by narrow tortuous paths. Many of these historical burial sites have fallen into crumbling disrepair, but a restoration project underway is bringing New Orleans cities of the dead back to life.а аAnd it’s a very worthy cause for these magnificent tombs encrypt the flower of New Orleans’ French, Italian, Portuguese, and Spanish societies, showcasing the impressive diversity of this incredibly multicultural city. The quiet, peaceful cemetery is eerily beautiful, even in the daytime. 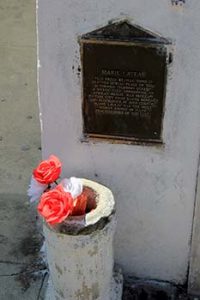 Established in the late 1700s, the cemetery, listed on the National Register of Historic Places, is the city’s oldest active and reportedly most haunted of its 40 plus graveyards. Many claim to have seen the ghost of infamous Voodoo Queen and Priestess Marie Laveau, one of the most notable people interred within. Believers and non-believers alike make pilgrimages to the tomb of this mysterious free woman of color who knew many secrets of New Orleans high society. As if she still has power beyond the grave, visitors leave offerings to her spirit in return for what they hope will be blessings or wishes granted.

St Louis Cemetery No. 1 also holds the crypt of well-respected French-born architect and engineer Barthelemy Lafon. аA New Orleans resident and wealthy philanthropist, Lafon lived an intriguing double life. A father and long-term partner to a woman of color, Lafon turned to piracy and smuggling after the Battle of New Orleans in 1815, even working with notorious pirate Jean Lafitte.

The reported remains of Madame Delphine LaLaurie, New Orleans Creole and socialite are also in this cemetery. But Madame LaLaurie’s real and quite horrifying persona was revealed after a fire broke out in her residence. Police and fire marshals found evidence of her torturing and brutally murdering her own personal slaves. Though she and her family escaped to France, many believe she returned to New Orleans prior to her death and remains here still to this day. 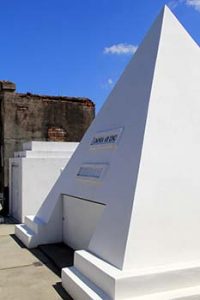 Others buried here are 9th century international chess champion Paul Morphy, and Homer Plessy, one of the early founders of the Civil Rights Movement and plaintiff in the landmark U.S. Supreme Court segregation decision Plessy vs. Ferguson. Though the higher court upheld segregation, it was in 1954 that the highest court in the land ruled in Brown vs. the Board of Education that the establishment of separate schools for blacks and whites was unconstitutional. Even famous actor Nicholas Cage has reserved his final resting place in a bizarre pyramid-shaped tomb here merely awaiting his arrival.

Upon initial development, St. Louis Cemetery No. 1 was divided into sections for Catholics, non-Catholics, and Negroes, possibly referring to the many “gens de couleur libres” (free people of color) who were also buried here, all according to their religion. Due to its prime location near the heart of the city and its French Quarter, needs for the burial site grew exponentially over time.а Above-ground vaults constructed in the 18thаand 19thаcenturies housed multiple family members upon their deaths.

Due to recent-years desecration of the tombs, the cemetery once open to the public is now only accessible with a licensed tour guide. However, this is where the inside scoop on some of the graveyard’s history gets very fascinating. 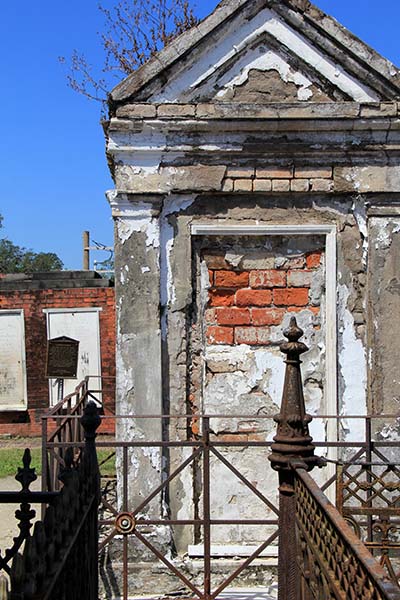 In 1878, thousands died in a yellow fever epidemic that spread through the Mississippi Valley and its tributaries. In 1905, the last major outbreak occurred in New Orleans. City records show over 41,000 deaths due to the deadly viral scourge carried by mosquitoes breeding like wildfire in the surrounding swamps.

Burials were performed quickly to avoid any prolonged contact with what was believed to be an “infected body”. Temperatures reaching upward of 150 to 200 degrees in the tombs served as a natural cremation process. Each time the tomb was opened to place another dead body; the graveyard worker would take a 10-foot pole and push the bones to the back of the vault making room for the newly deceased. New Orleans cemetery historians claim the term “wouldn’t touch that with a ten-foot pole” referred to this very practice.

Initial symptoms of yellow fever included fever, headache, vomiting and backache. The disease progresses rapidly, resulting in a slow, weakened pulse. In the rush to bury the bodies, there were occasions when individuals were literally buried alive. Graveyard workers could hear screams for help coming from inside the crypts in cases where the individuals actually woke up from their comatose state and realized they were entombed.

There’s a widespread notion that a well-known expression owes its origins to these inadvertent burials. It was common practice to attach bells to the index finger of the deceased, so that if some unfortunate person was mistakenly pronounced dead and prematurely laid to rest, they could ring for help and literally be “saved by the bell”.

Burials occurred through the daylight hours so there was always activity in the cemetery, but it was during the quiet hours in the still of the night that workers were assigned to stroll through the graveyard with a lantern, watching and listening for the bells and faint cries for help. And it is highly possible the term “graveyard shift” originated from this routine, yet disturbingly macabre practice.

Whatever graveyard stories or notions are true, one thing remains certain. The many mysteries surrounding New Orleans oldest cemetery still attract historians and visitors from all over the world who reverently walk through the graveyard as if to avoid disturbing the restful (or restless) slumber of the dead. In one of his chronicles, the late Bob Dylan said the “first thing you notice about New Orleans are the burying grounds-the cemeteries, to which he adds: “Better to let them sleep”. 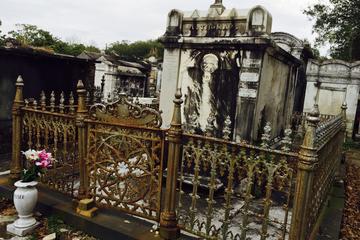 St. Louis Cemetery No. 1 is located on Basin St. just off the French Quarter in the heart of New Orleans.

About the author:
Noreen Kompanik is a published freelance travel writer and photographer based in San Diego, California. She is a member of the ITWA and IFWTWA and shares many of her adventures, stories and photos on her What’s In Your Suitcase? Facebook site.