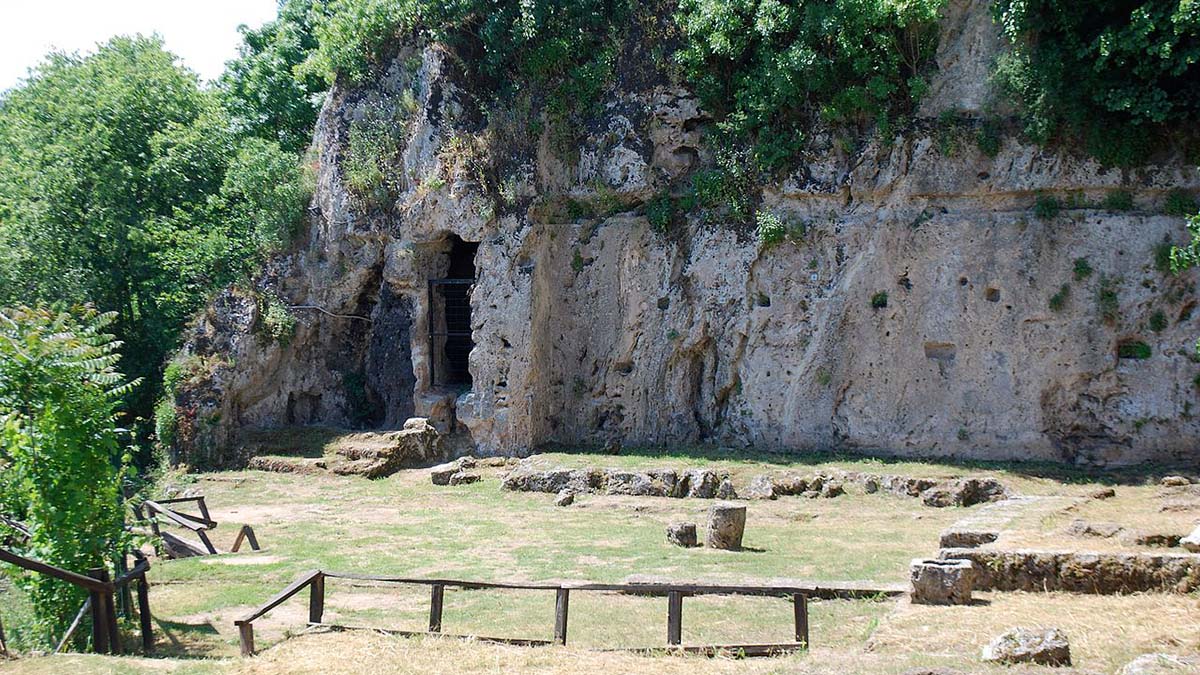 It was a school, dedicated to the Nymphs, fashioned for a young prince and his companions. Built along the edge of a lush, forested ravine, with a series of caves in the hillside where boy could explore, the school at Mieza was built by Philip II for his adventurous, precocious young son Alexander. 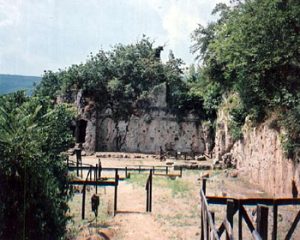 Located near the royal city of Pella, Alexander and his chosen companions were sent there to study under the tutelage of the eminent philosopher Aristotle. There could not have been a better teacher for the future king of Macedon, who would in time become known as Alexander the Great. A Macedonian by birth, whose father had been the court physician at Pella, Aristotle had already made his mark on the ancient world, establishing a school in Asia Minor as well as in Athens at the Lyceum. He had studied as Plato’s pupil in the Academy at Athens and remained there for twenty years where he enjoyed a distinguished reputation as a thinker, scientists and philosopher.

You won’t find much, if anything, in the guidebooks about Mieza. Located a short distance from the town of Naoussa, it is now receiving more attention from archaeologists who are lobbying the Greek government for funds to finish preserving the site, including several ancient tombs nearby. They hope to turn the area into an archaeological park. Although the ancient city of Pella has been open to the public for several years with many new excavations on-going, the site around Mieza has until recently only been open to archaeologists. If the site area is turned into a park, the antiquities of Pella and Mieza will be connected with pathways and there would be guided tours offered to the public. 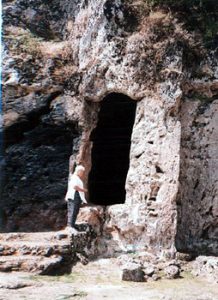 The ancient town site of Mieza was first excavated in 1954. It was a settlement of prosperous Macedonians reflected by the remains of luxurious residences and villas built by its wealthy inhabitants. It flourished during the zenith of the Macedonian kingdom (4th – 2nc centuries BC) The largest tomb found there, known as The Tomb of Judgement, dates to the early 3rd C. B.C. and is thought to belong to Peukestas, one of Alexander’s generals. The tomb, which needs restoration, includes a colourful wall painting in bright red, gold and blue depicting Hermes, who guided souls to Hades.

Plutarch mentioned Mieza in his “Life of Alexander”, referring to the Nymphaeion where Aristotle instructed young Alexander. The stone seats and shady walks still survived in Plutarch’s day and more recently, the caves were uncovered and identified with the Nymphaeion. Today some structures survive ‘in situ’ while some clay artefacts and roof tiles are on display in the museum at Veria.

I traveled to Mieza via the town of Naoussa, after a visit to the royal tombs of Vergina (near Veria). The town of Naoussa is on the slope of Mt. Vermion and is known for its rich red wine, peaches and silk. A short taxi ride from the town delivers you to the entrance to the Nymphaeion, the site of Aristotle’s fabled school.

In 343 BC when Alexander was thirteen years old, his father, Philip II, invited Aristotle to come to Mieza as the young prince’s tutor. Philip developed the area known as “the Nymphaeion” near the ancient city of Mieza, in a tranquil setting of lush vegetation, fresh water springs and caves full of stalagmites and stalactites. The school was called “The Peripatos” (‘the Walk’). It was a two-story L-shaped building linked by staircases, built along the face of the rock incorporating the many caves in the area. The school’s facilities were set up to harmonize and blend in with the environment. At this school, in the beautiful woodland setting dedicated to the Nymphs, Aristotle taught and educated Alexander and other scions of Macedonian royal houses. 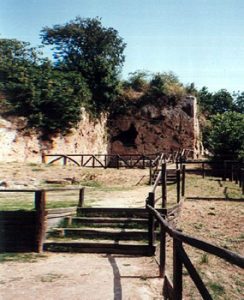 What a thrill it was to walk those same paths and rock-cut stairways under the bowers of the plane trees. Wild figs and grapes grow there, and ivy drips from the bowers. The only sounds are the chirring of the cicadas, trilling of birds and gurgling of the river.

Inside the largest cave, that had carved passageways, I imagined hearing the voices of the boys echoing from the past. Alexander and his elite companions attended the school for two years. Here on the shady walks and on the stone-tiered seats, he was initiated into philosophy and poetry, mathematics and natural sciences. In 340 BC at the age of sixteen, he left Mieza and returned to Pella in order to act as Regent while his father was away in Perinthos and Byzantion. His bond with Aristotle remained strong through all his life, as did the Aristotelian thought on his educations, his philosophy of life regarding ethics and politics and the development of his personality, one of the most fascinating personalities of the ancient world. 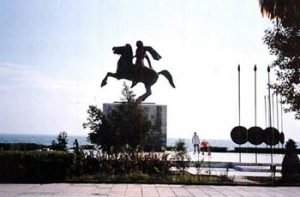 It seemed appropriate that when I left Mieza, I went to Thessaloniki and found myself in the Plateia Aristoteles, where there is a statue of the philosopher. I strolled down the sea-front, past the magnificent statue of Alexander riding his horse Bucephalus, facing Eastward toward his conquests of Asia. A group of young boys were practicing their skill on skate-boards around the tall sarissas and shields that flank the monument. I visualized Alexander at that age, trying out daredevil stunts as he was known to do, not much differently than these modern Macedonian boys. 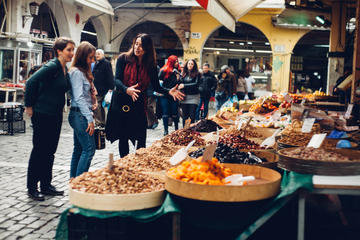 VERGINA: Site of the royal tombs: located 11K s.e. from the town of Veria. Open 8 am – 7 pm Tues – Sun
MIEZA: The Nymphaeion and ancient city site: located on the road that leads from Naoussa to Kopanos
PELLA: The royal city: located west of Thessaloniki on the Edessa road. Open 7 am to 7 pm daily. The museum is open 8 am to 7 pm. Tues – Fri; 7 am – 3 pm Sat and Sun.
THESSALONIKI: Northern Greece’s major city, reached by bus or air from Athens.
TRANSPORTATION: There are buses between all the towns and some tours available to the sites such as Pella and Vergina. Mieza is a short taxi ride from Naoussa. For those driving, the roads are well maintained and marked.
ACCOMMODATIONS: Good accommodations are available in Veria, Naoussa and Thessaloniki.

About the author:
W. Ruth Kozak has been a student of Macedonian history and Alexander since she was a teenager and is near completion of a novel about the fall of his dynasty titled “Shadow of the Lion”. She has lived in Greece and visited all of the Macedonian sites many times for research and to connect her with the past.