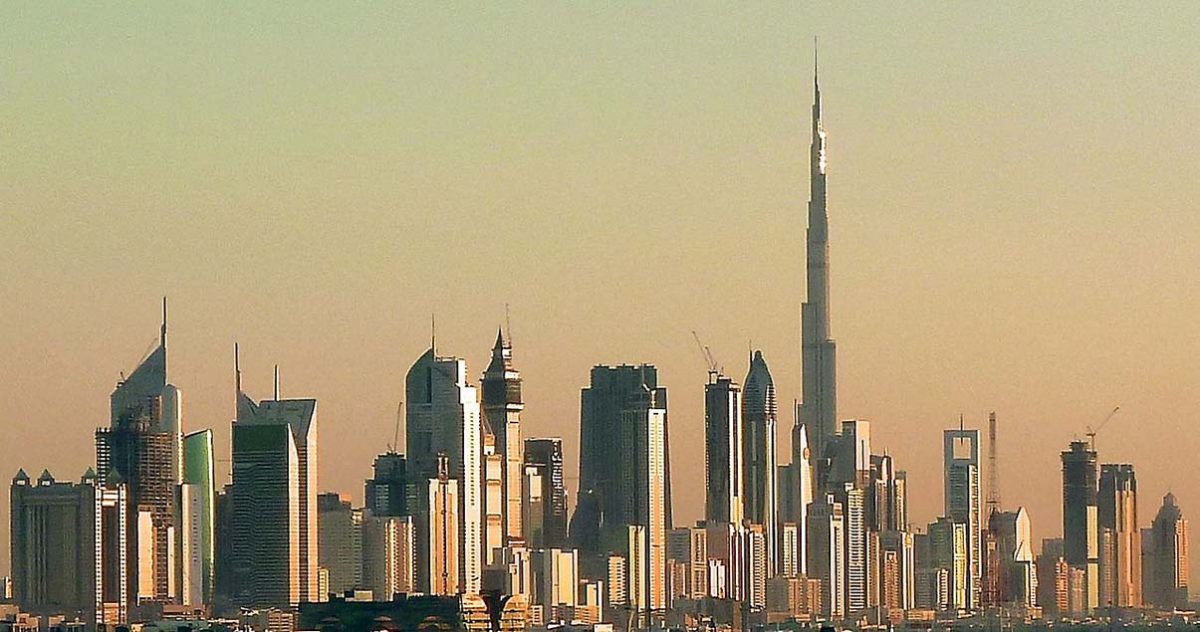 Dubai as countless articles have mentioned is “the playground of the world.” It is the land of excess, a Middle Eastern haven with none of the complications of that region, at least not on the surface. During a recent trip to India, I and my family got to experience a minute sliver of that extravagance when we decided to spend a day here before resuming our onwards journey.

One of seven city-states or emirates that make up the kingdom of the United Arab Emirates, Dubai is most certainly the most glamorous of all. People visit to gawk at the glitzy shopping malls, the man made islands, the spectacularly modern architecture, the glittering gold souks and last but not the least, the very modern airport with the world’s largest duty free shopping area. 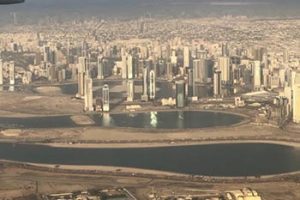 Our Dubai experience started the moment we boarded the Emirates flight for our close to 15-hour journey from New York. The seat back TVs were the largest that we had ever seen promising hours of entertainment. Instructions all around were in Arabic first, English later. It was morning as we neared Dubai and I craned my neck to try to see some of Dubai’s architectural highlights. The city spread out under us in a sandy brown haze as an oasis of tall buildings in the vast Arabian Desert. The Arabian Desert is the largest desert in Asia and stretches almost over the entire Arabian Peninsula. While a huge part of the desert lies in the Kingdom of Saudi Arabia, Yemen, Oman, Qatar, Iraq, Kuwait, Jordan and the UAE are also covered by parts of this desert.

I clicked a few pictures as we got ready to land. Later on, when going through my photos I discovered that what I had characterized as a jungle of tall buildings was actually the opulent Dubai Marina. I had taken photos of Ain Dubai, the world’s largest Ferris wheel, still under construction, which would open in Bluewaters Island along the coast of the JBR Beach. Comparable to the London Eye, the Dubai Ferris Wheel will have 48 capsules made wholly of glass from which visitors can get the 360 degree view of the glories of this Emirati kingdom. The tall buildings were a veritable who’s who of Dubai architecture; like Palm Jumeirah, the artificial archipelago, home to lavish housing developments, hotels and resorts like The Atlantis, retail and dining destinations. I even had a picture of Al Rahim Mosque, the lone mosque in Dubai Marina. From the airplane, it looked dwarfed by the swanky and glamorous skyscrapers. But the mosque has its own design ambitions which include a waterfall along its facade facing the marina. The evenings sees the mosque bathed in blue and white colors.

I realized then that the photos that circled on the web magically erased the natural brown murk that is common in desert lands showing us instead pristine, color enhanced shots. There was no clear, azure skies and there were no green forests. This was why I had been unable to identify the buildings. 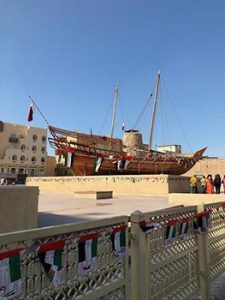 We were drastically short on time and a after a bit of rest we decided to hurry up and start on our sightseeing agenda. Being interested in histories of places that we visit, we chose Dubai Museum as our first destination. Dubai Museum is situated in Old Dubai or Bur Dubai, radically different from the ritzy part of the city. Interestingly enough, the museum is located inside Al Fahidi Fort, built in 1787 and the oldest building in Dubai. The fort served as the monarch’s dwelling and was used as a prison as well as a weapons arsenal. After being renovated, the fort was reopened as a museum in 1971. The sandstone colored walls of the fort exterior were originally built from a mix of coral and mortar. It is a traditional looking fort with towers on three corners, a large courtyard in the middle with quite a few cannons on display.

After purchasing tickets, we entered the courtyard to begin our tour of the various galleries that displayed historically and archeologically relevant old weapons, old maps, traditional musical instruments and other artifacts. I found the gallery of dioramas most interesting as it showcased life in the region in the pre oil era in the most authentic manner. Equally fascinating was the palm fronded dwelling in the courtyard that typified a desert summer house known as Arish. 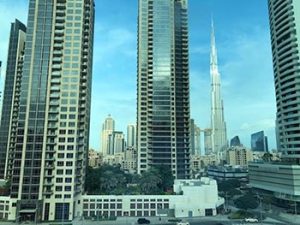 For our next stop, we chose the hotbed of decadence and extravagance, the Dubai Mall. Along the way, we were regaled with stories by our Pakistani taxi driver who provided us with a list of places that we should see in Dubai but that we knew fully well we would not be able to due to our constricted time limit. “You must go the The Atlantis,” he said, “and my kids love to go to the miracle garden,” he continued. “Is your family here?” asked my husband. “They are in Pakistan,” he replied, “I came here after working for ten years in South Korea. The money is so much more,” he said. By now, we were whizzing by on the Dubai highways with lofty futuristic skyscrapers on either side. I noticed that the city is also a continuous construction site with cranes and unfinished skyscrapers dotting the landscape. This was the Financial district of Dubai and soon I spotted the space age look of the metro station perched high up in the air. Towering above them all and visible from all directions was the piece de resistance of Dubai architecture, the building that had also been magnificently framed by our hotel window, the Burj Khalifa.

The tallest building in the world at 828 meters and 162 floors, Burj Khalifa is a sight to behold. I admired the super tower, a marvel of engineering, art and design, with its cladded reflective glass panels glittering under the desert sun, its sections spiraling upwards in a decreasing fashion. The needle like skyscraper is a city unto itself with hotels, residences, swimming pools and restaurants. There are three observation decks located at different levels offering striking views of the metropolis of Dubai. At the base are parks, gardens, and the inimitable Dubai Fountain built on the man-made lake. Also here is the Dubai Mall, our next stop. 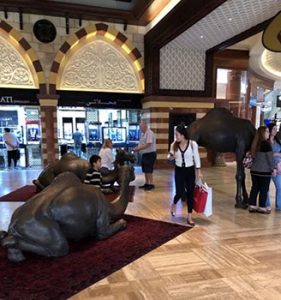 To call it simply a mall would be an understatement as I realized the moment I stepped into The Dubai Mall. Although it is not the largest mall in the world, it makes up for that inconsistency with its opulence and grandeur. We walked past the usual stores and reached an area called The Souk, which brought to life a typical Arab gold bazaar or souk with traditional Islamic architecture of pointed arched doorways and ceilings decorated with geometric and floral designs. The entrance boasted statues of three camels lest we forget we were in the Middle East. Near the souk, we came upon another popular attraction, the skeleton of a Diplodocus dinosaur, put on permanent display and attracting large numbers of people taking selfies. Soon we were in front of the showpiece of Dubai Mall, the Dubai Aquarium and Underwater Zoo. A gigantic tank that houses over 140 kinds of aquatic animals, it is one of the largest suspended aquariums in the world. We spent long moments watching sharks and rays swim by and noticed divers at the bottom of the tank unfolding a banner for advertising. 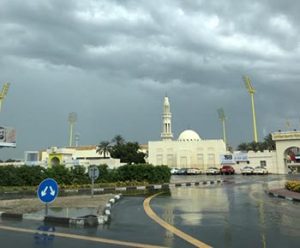 The next morning we were greeted by a most unusual weather phenomenon. The skies opened up with torrential rains. The servers in our restaurant serving breakfast dropped their work and ran to the terrace to enjoy the views. We too followed their lead and learned that sometimes there are thunderstorms in the winter although it is quite a rarity. Soon it was time for us to depart for the airport. Along the way, we saw flooded streets that our taxi driver informed us was due to inadequate drainage systems that got clogged because of infrequent rains. We saw cars that were stuck in the waters creating mini traffic jams. “This would not happen anywhere else,” said our driver. “It is simply because people here do not know how to drive in the rain!”

While enjoying the unusual rains of Dubai, I noticed what I understood later would be the last of the sights of Dubai that I would get to see on this trip. From the car, it looked like a behemoth gate that towered over the surrounding scenery. This was the Dubai Frame, the world’s largest of course at nearly 500 feet height with a viewing platform on top and at the base and a museum that tells the story of how Dubai came to be. I realized that the few hours that we spent in this dazzling Middle Eastern city was completely inadequate to experience its many charms and fascinations but at the same time I was glad that I and my family did get a taste of this megalopolis that magically fuses its old, traditional past with its ultra-modern and high tech present.

Dubai is well connected to all cities by Emirates flights and also other airlines. 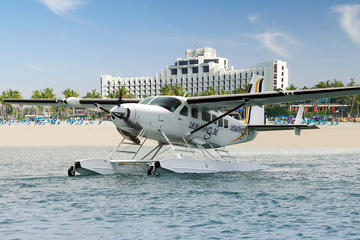 Susmita Sengupta, an architect by background, from New York City, loves to travel with her family. She has traveled to various places in Europe, USA, Canada, the Middle East, India and South East Asia. 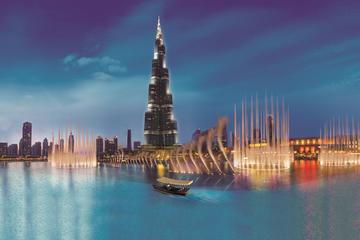