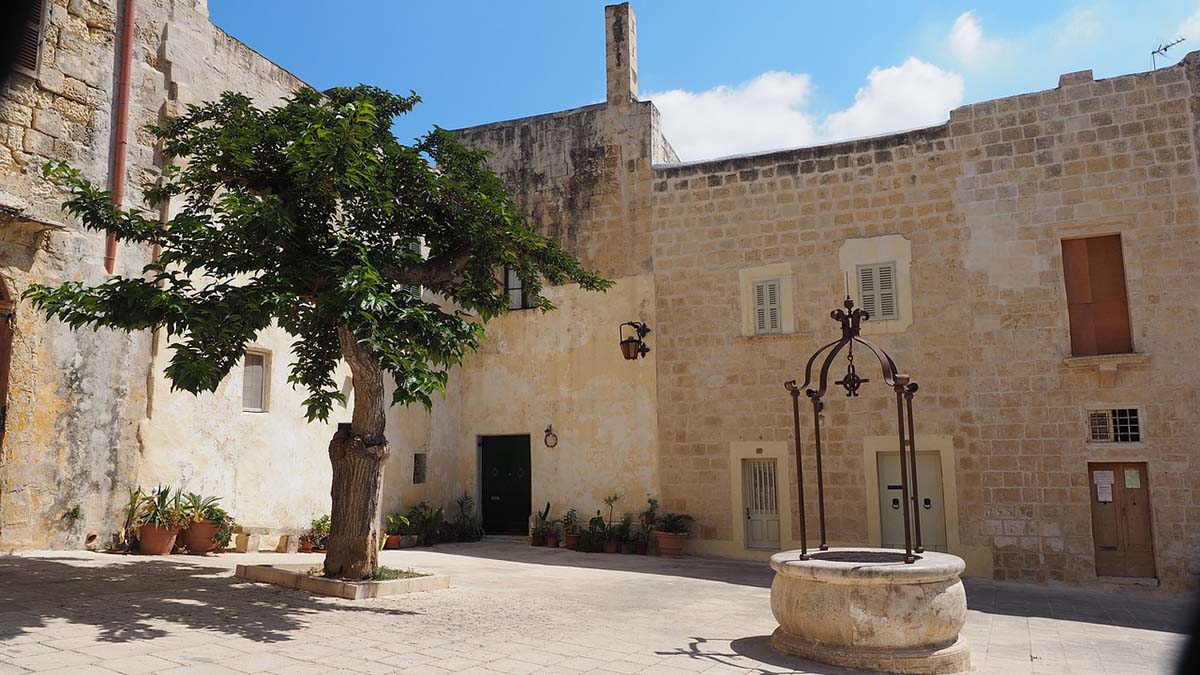 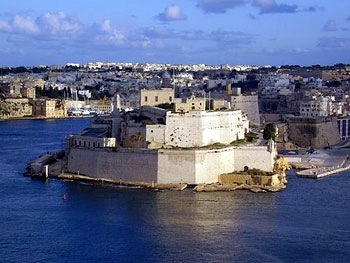 Listening to this raucous chant that ardent citizens – of whom I am proud to be one – learn practically while still in the womb, it is hard to believe that the official name the Sovereign Military Hospitaller Order of Saint John of Jerusalem, Rhodes and Malta gave to the City was Humilissima Civitas Valletta, indicating it as a ‘city bound to humility’.

Truth to tell, however, Valletta, a city “Built by Gentlemen for Gentleman,” has received the ultimate accolade. It has the distinction of being known by the Maltese, as Il-Belt. Where else in the world does one find a UNESCO World Heritage Site, christened Superbissima by the rest of Europe immediately it was built, being referred to as ‘The City’ in so laid-back a manner?

After the Great Siege of 1565, Jean Parisot de la Valette, the French Grandmaster of Order of the Knights of Saint John, decided that the Gholja (Hill) Xebb ir-Ras, on a strategically-situated peninsula with one of the finest natural ports in Christendom, was the ideal site for the new Fortress City. The rest is, as they say, history – literally.

Not one of the nations that had occupied Malta before them – the Phoenicians, Greeks, Carthaginians, Romans, Saracens, and Normans – had ever thought of this before. The plans for Valletta were innovative for the time; built on a grid-iron pattern where they streets criss-cross one another at right angles (except along the coast in the peripheral areas, where this would be impossible). It is hard to believe that the construction took place within a time-span of 15 years. And this makes the still-derelict state of the Opera House even more galling. 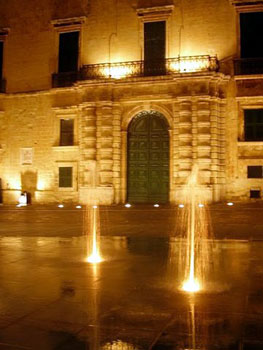 The plans had another purpose besides aesthetics. Fresh air from the Grand Harbour and from Marsamxetto Harbour would provide the natural air-conditioning breeze. Laparelli, with his carte blanche, could also project fresh water supplies being piped in all the way from Citta’ Notabile (Rabat), and sanitation; concepts obtaining in very few cities of the time.

Plans for the construction of a fortified city had actually been in the offing since 1530, when the Knights of Saint John discovered that what they deemed the omphalos of the world was, moreover, a pearl.

The Turks, under Grand Turk Suleiman the Magnificent, had long been dubbed ‘a thorn in the side’ of the Order. Malta was, as it has ever been destined to be, the axis upon which the tide of the battle turned; and when the coffers of the Knights flowed over with the rewards for vanquishing him, they could afford to lavish the spoils of battle upon the building of a masterpiece… on a hill that had to be levelled before the works proper could commence.

Both Antonio Ghislieri – Pope Pius V, and King Philip II of Spain helped with the finances and also lent human resources; master masons, sculptors, engineers, painters, and other artisans… a veritable Who’s Who of the time, including Francesco Laparelli, whose work was later taken up by Gerolamo Cassar. 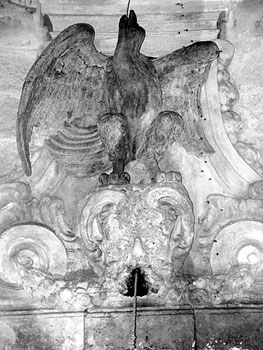 On a walking tour of Valletta, one is spoilt for choice. Will it be the Auberges and the Cavaliers? Will it be the multitude (about 32) of churches and chapels, including the Anglican Cathedral of Saint Paul and the Greek Orthodox Chapel? Will it be a whistle-stop tour practically at every street-corner, in order to photograph the votive statues or niches, fountains that decorate them?

Or will it be the one-in-a-million edifices such as The Manoel Theatre, the Bibliotheca, Casa Rocca Piccola, the Grand Master’s Palace, the War Museum and Lascaris War Rooms, the National Museum of Archaeology or that of Fine Arts, each magnificently imposing façade vying for attention with the other…followed by chilling out at one of the eateries or, perhaps, eating a packed lunch at one of the Barrakkas?

Perhaps one could opt for a ‘surprise tour’… a random up-one-street-and-down-the-other voyage of discovery, taking in “Down the Gut” (slang for a walk along the formerly notorious Strait Street), and what remains of the three slums – the Manderaggio, known colloquially as Il-Mandragg; the Archipelago l-Arcipiergu, and Le Due Palle, id-Duwwi Balli.

It is interesting to note that the slums were a sort of ‘internal spill-over’ from the area originally situated in the area just outside the bastions and just this side of Floriana, intended for those who could not afford to pay for lodgings within the ramparts. The Manderaggio, in fact, was originally planned as a man-made creek for housing the Order’s Navy. 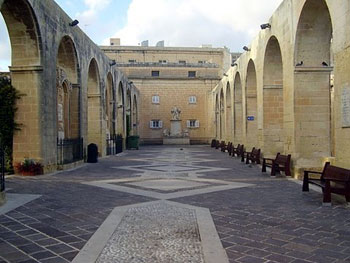 This glorious gem, truth to tell, is also a medley of traffic, pedestrians, business concerns as well as the historical monuments we all take for granted, not even affording them a casual look as we go about our business … echoes of the yells, bells and smells label. A time-travelling Knight would however have his sense of déjà-vu tempered with a feeling of uncertainty. The British rule left their mark by widening gates, altering or downright demolishing certain buildings, and commissioning other infrastructural projects. Added to this, there are the changes perforce wrought after the havoc caused by the two world wars.

On a lighter note, it is exhilarating to note that Valletta was featured in films and several television serials; I remember being present when scenes from Remington Steele, with Pierce Brosnan as the eponymous hero, and Stephanie Zimbalist as Laura Holt, were shot in the Lower Barrakka area.

The final chapters of V, Thomas Pynchon’s 1963 debut novel, describing the adventures of Benny Profane, a discharged United States Navy sailor, also take place in Valletta. The initial may however stand for a mysterious entity, or a woman killed in an accident, as well as the City itself. 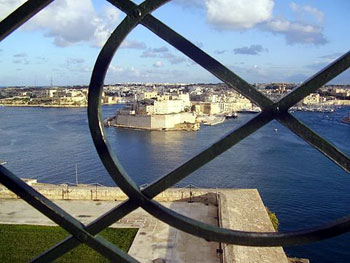 That having been said, it is indeed a pity that residents and visitors sometimes have cause to grumble about certain aspects of the City… beginning from the monstrosity known as City Gate, through which one can view the ruins of what used to be one of the grandest edifices of Europe, nay of the world… the Royal Opera House. There are currently plans to rebuild this monument – and they have attracted much controversy.

There may be a dearth of street plaques – but there is a fey charm in the extant ones, being as they are in a jumble of styles and materials that owes more to mix-and-match than panoply… as are the street surfaces. The place could do with a few more strategically-placed waste bins, too; and the olive trees along Saint Barbara Bastions desperately need sprucing up. The general area of Victoria Gate, and the bridges of East Street, appeared in Munich, in which Valletta doubled for Cyprus and Greece. 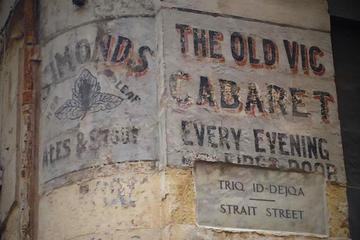 L-Ghodwa t-Tajba!
Getting to Malta couldn’t be easier. Most major European Airports – as well as those in North Africa and the Middle East – have direct flights to Malta. You may opt for either scheduled services, or chartered flights offered by Air Malta, the National Airline, most major carriers, or low cost airlines. Approximate flight time from London is 3-1/2 hours; from Rome it’s just one hour, and Malta is two hours away from Frankfurt.

It is good to note that the Maltese Archipelago, being practically in the centre of the Mediterranean Sea, is included in the itineraries of the major cruise lines; it is also the place to be when one needs a port of call while sailing in the Mediterranean.
Malta is a part of the Euro-Zone, and this makes everything easier for everyone, since it does away with exchange rate worries. Banks open until early afternoon on weekdays, and until midday on Saturday. ATMs abound. However, hotels, and many business outlets do accept payment in some international currencies.
There are well over 100 hotels from which to choose in Malta and Gozo; these are mainly concentrated in six areas on the islands. Valletta is one bus ride away from everywhere else in Malta, the main island, and an added ferry ride away from Gozo.
For additional information, as well as where to stay during your holiday, please visit:
Malta Tourism Authority: www.visitmalta.com
Malta International Airport: www.maltairport.com
Air Malta: www.airmalta.com
Cheap flights to Malta

About the author:
Tanja Cilia is an Allied Newspapers (Malta) columnist, blogger, and features writer. She also freelances for online and print media in Maltese and English. She lives in Malta with her husband and three children. Contact her at tanjacilia@hotmail.com.