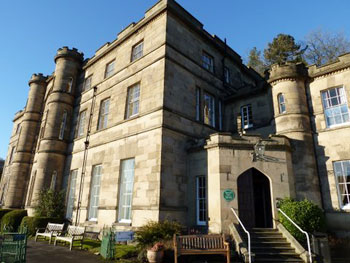 The stillness is unnerving in this dark, dank, virile valley. Nature is out of control here: ivy, moss and lichen are choking stone and tree, swallowing the stream even.

This place was once very different. I catch glimpses of the past through snaking roots and shrubbery: a gable here, an empty window there, a missing door, a roofless ruin, a right angle of walls instead of a rectangle, a pile of rubble. Further up, there’s the curved wall of an empty paint vat, a single surviving flue and a wheel pit with an empty linchpin. In an archway, there’s the worn-away convex curve of stone where a millstone once ground.

All this is the work of a man called Richard Arkwright. 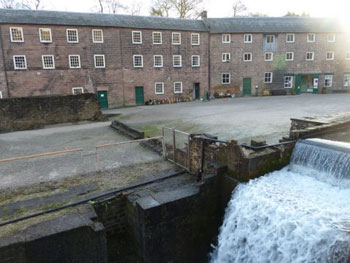 Arkwright was born into the world in 1732. When his mother looked upon her new-born child, it’s unlikely she thought, “My son’s going to change the face of Britain forever,” but this is exactly what Richard Arkwright did. Because of him, the countless small-scale cottage industries that criss-crossed the British countryside largely disappeared to be replaced by huge factories that sprang up in villages, towns and cities across the land.

Arkwright grew up in the heart of England surrounded by hills and dales, in a part of the island where streams and rivers tumble through the Pennines. He saw the potential of the water’s energy to power machines that could produce goods quickly, cheaply and en-mass. 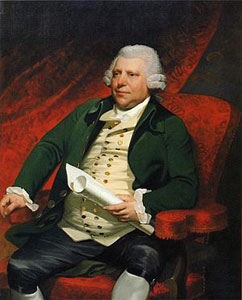 Arkwright: opportunist, designer, engineer, entrepreneur, ruthless negotiator, business magpie and self-made man, developed among other things: the spinning frame, the water frame and carding engine. He established the great mills that still line Britain’s waterways. And although some mills existed before Arkwright came to the fore, it was Arkwright who created the modern factory – a hundred years before Henry Ford was born. He is the father of the Industrial Revolution.

In the heart of England, the Derwent Valley Mills line the A6 road between Derby and Matlock, great monuments to the birthplace of the Industrial Revolution, and are so historically significant that they have been given World Heritage status.

If you take the A6 road, you are truly travelling through history. In Cromford, absurdly narrow 2-up-1-down terraced houses line the streets, built by Arkwright to house his workers. 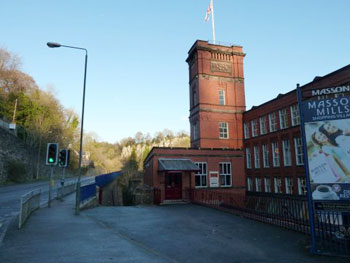 His employees were fiercely loyal to Arkwright. After all he provided them with money, homes, even a week’s holiday (as long as they didn’t leave the village). He also refused to employ children under the age of seven. But he was a strict and fearsome autocrat; a man of his times.

Still on the A6, and just a short distance from Cromford, is Masson Mill. Here Arkwright built a large, rambling Gothic house that towers over the mill – directly across the road. Arkwright’s employees were constantly reminded that their employer was watching them – even when not in the mill. And Arkwright kept a hawk eye on his workers at all times, locking the factory gates precisely at 6am every morning. If a worker didn’t make it in time, regardless of the reason, they lost a day’s wages. 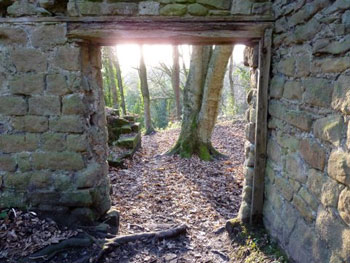 Across the valley from Masson Mill (now a shopping outlet housing a small Arkwright museum), you can see Willersley Castle. Arkwright tiring of the gloomy Rock house situated in a narrow, shady valley, bought a large tract of land from Florence Nightingale’s family and set out to build an elegant mansion on the sunny side of the valley. However, as luck would have it, the house burnt down on completion and Arkwright had to wait a further two years before the rebuilt house was complete. But fate was to conspire against him and poor Arkwright died before he could ever move in.

Just outside Matlock, slightly off the Derwent trail, is Lumsdale, a forgotten wooded gorge. It lies off a narrow country lane, obscured by thick undergrowth. 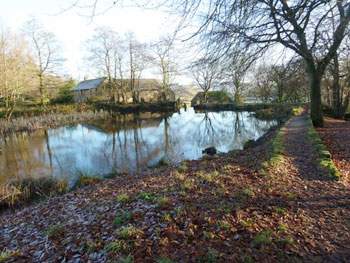 Few venture here, yet it’s a place of strange decaying beauty. The first mill was built here in the 1600s. By the height of the Industrial Revolution, there were at least seven mills crammed into this narrow dale. Arkwright, of course, was at the centre of Lumsdale’s expansion.

I make my way up the steep-sided ravine, passing through the ruins of the old mills.

Closing my eyes, I can almost smell the ground minerals, the crunched bone of animal, the chaff of the wheat and the woven cotton. If I concentrate, I can almost hear the millstone grinding and the voices of mill workers hanging in the heavy, dust-filled air. 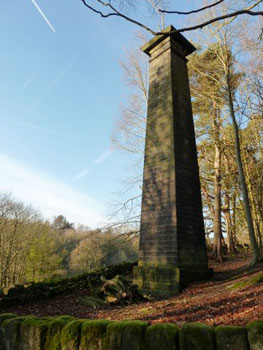 Climbing high above the dale, I look down at the waterfall that spills a hundred feet. Transparent pebbles of water bounce into the air. Below, the stream is bracken-brown. At the water’s edge, great green and russet slabs of stone sculpt the valley, like heavy, angular communist monuments.

This place, once crammed with workers, is almost devoid of human life now: there’s just the odd pair of hikers, a solitary dog walker or the occasional bunch of wild local children creating their own worlds in this mysterious place.

Finally I’m up. I sit by the last surviving mill pond of three, pondering this forgotten heritage. A black Labrador appears and bounds to the water’s edge, breaking the glassy surface of the water with his snout. The inverted landscape trembles. Mallards fly out of yellowed reeds. A flock of crows rise up on the hillside in an echo.

As I sit here, I wonder what Arkwright would have made of this once industrial hub, now slowly returning to nature. And I wonder what he would make of post-industrial Britain, his factories all but gone, and his mills converted into flats – or shopping centres filled with goods manufactured far across the world.

And I think to myself: he might just turn in his grave. 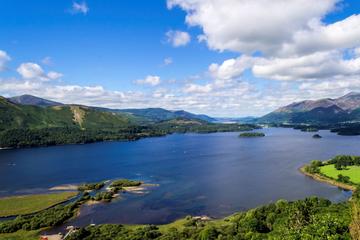 Ten Lakes Spectacular Tour of the Lake District from Keswick

♦ The Derwent Valley is accessible by bus or train from Derby. Stop off in Cromford. Visit Scarthin Books (taking in the picturesque mining terraced houses). The bookshop is well-stocked with local literature (including books about Arkwright). Enjoy English eccentricity at its best with quaint rooms filled with an odd assortment of objects and furniture -including a bathroom that actually has an ancient roll-top bath in it, and an organic café hidden behind a curved bookcase!

♦ Walk down to the Cromford Mill.

♦ Take time to have a stroll along the Cromford Canal to High Peak Junction with its railway carriages and impossibly steep railway track (now dismantled). If you make it to the top, you will be rewarded with brilliant views of Cromford (including Arkwright’s two homes). Make it a circular walk by dropping down through the fields into the village again.  Derwent Valley Mills

♦ Walk the short distance along the A6 (or take the bus) to Masson Mill. Enjoy a little retail therapy in this shopping outlet and book a guided tour of the Arkwright Museum – where weaving still happens.

♦ Enjoy the charms of Matlock Bath, a Victorian tourist town that feels as if it should be by the sea (but isn’t!) Take the cable car up to the Heights of Abraham and enjoy a guided tour of the caves.

♦ Continue on to Matlock. Take a taxi to the Lumsdale Site from Matlock. (It’s a 1 mile walk from Matlock centre.) Feel the presence of Arkwright and the Industrial Revolution in this hauntingly, beautiful place that is slowly returning to nature. 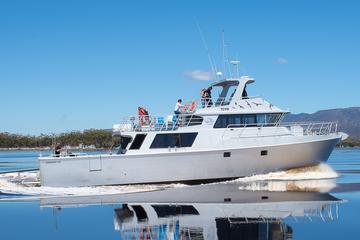 Derwent River Private Harbour Cruise on the ‘Odalisque’ from Hobart

About the author:
Helen Moat spent her childhood in the back of her Dad’s Morris Minor, travelling for hours at a time all over Ireland (or so it seemed). Rather than putting her off, she is still happiest when on the road – and writing about it. She has won prizes in several travel writing competitions, including runner-up with the British Guild of Travel Writers in 2011 and has been published in The Daily Telegraph and the Guardian, Wanderlust Magazine – and various on line travel magazines. You can find more on the writer’s blog at: moathouse-moathouseblogspotcom.blogspot.co.uk