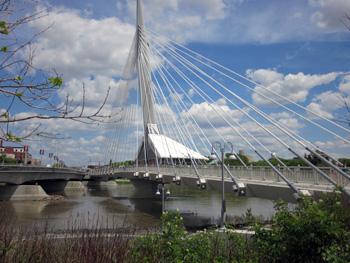 St. Boniface, Winnipeg’s French Quarter, sits on the east side of the Red River, across the Provencher Bridge and the neighbouring, impressive pedestrian bridge, Esplanade Riel. St. Boniface was founded in 1818 with the establishment of a Catholic mission. It became part of Winnipeg, Manitoba in 1972 when Winnipeg and its surrounding suburbs merged into one city. Home to one of the largest French-Canadian communities outside the province of Québec, its rich history includes voyageurs, fur traders, European settlers, Catholic missionaries, rebellion, and the birth of the province of Manitoba. 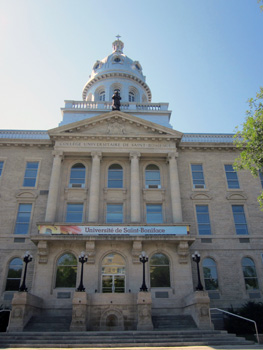 The best place to start exploring St. Boniface’s heritage is at the former St. Boniface City Hall, which now houses a tourism office. It is also the starting point of a guided walking tour of old St. Boniface. The red brick building dating back to 1906 is the first item on the tour. Other points of interest include an outdoor sculpture garden beside the tourism office, a Romanesque-revival style brick firehouse built in the early 1900s, a cultural center, a train station built in 1913 that now houses a restaurant, a French-speaking university, and St. Boniface Cathedral. The tour ends on the grounds of Saint-Boniface Museum.

Université de Saint-Boniface provides French-speaking college education to francophone students from around the world. Its long history began in 1818 when Father Provencher established a school to teach Latin to French-speaking boys. The school grew, moved into larger buildings, and expanded its curriculum. In 1922 the institution was destroyed by fire. Arthur Béliveau, Archbishop of St. Boniface, donated a new seminary at what is the current location of the university. Today the institution offers a variety of undergraduate and graduate university degree programs and continuing education classes. 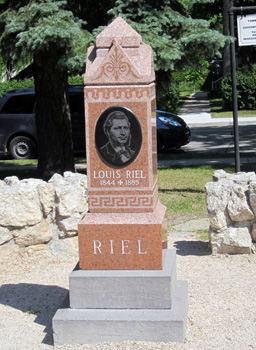 Louis Riel, a controversial figure in Canadian history, was one of Université de Saint-Boniface’s most famed alumni. He is considered a hero by some and a traitor by others. Born in 1844 in St. Boniface, he became a leader of the Métis people, a recognized Canadian aboriginal people of mixed European and First Nations heritage. In the late 1860s unrest grew among the Métis in the Red River area, fearing their livelihood and way of life was threatened by the planned transfer of land from the Hudson’s Bay Company to Canada. In 1869, Riel’s forces took control of Fort Garry, the headquarters of the Hudson’s Bay Company. From 1869 to 1870, he led a provisional government, a government which would eventually negotiate terms leading to Manitoba becoming a Canadian province and ensuring some protection of French language rights. He is frequently called the “Father of Manitoba”. 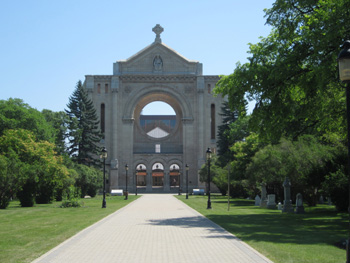 During Riel’s provisional government, his forces arrested men who had plotted to recapture the fort. Thomas Scott, one of the men arrested, was court-martialed and executed by firing squad. The outrage over this incident led the Canadian government to send in forces and regain control of the region. With a bounty on his head, Riel fled to the United States. He returned to Canada, to what is now the province of Saskatchewan, in 1885 to help Métis obtain legal rights. His peaceful petitions produced little result and the Métis rebellion turned violent. Canadian government troops squashed the rebellion. Riel was put on trial for treason. A jury found him guilty but recommended his life be spared. The judge ignored the jury’s recommendation and sentenced Riel to death. He was executed and buried in the cemetery at St. Boniface cathedral. A granite tombstone now identifies his grave, initially marked by a wooden cross. 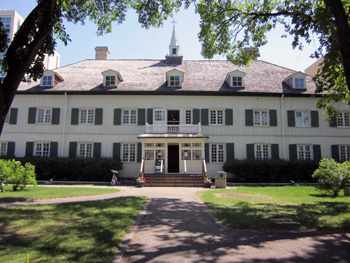 St. Boniface Cathedral is a major Winnipeg architectural landmark. A fire in 1968 destroyed the 1894 church, leaving its historic stone walls. Behind the facade of the ruined church sits a newer, modern church, a cathedral within a cathedral. Stained glass windows designed by architect Etienne J. Gaboury decorate the new church. Old and new coexist in a quiet and peaceful setting.

Saint-Boniface Museum, Winnipeg’s oldest building, was originally a Grey Nuns Convent. Built in 1846, it is a good example of Red River frame construction. The grooved post construction technique was common in the area in the 19th century. Squared oak logs were laid on a foundation of fieldstone. Upright timbers with grooves cut into their sides were added. More squared logs with tenons at each end to fit into the grooves were stacked horizontally to form the walls. 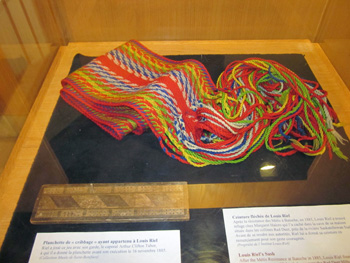 Inside the museum, exhibits reveal the lives and culture of Manitoba’s Francophone and Métis communities. The large collection of artifacts in the Louis Riel exhibit include his trunk, a lock of his hair, his shaving kit, his cribbage board, his moccasins, and the coffin he was originally laid in. Louis Riel’s sash, or ceinture fléchée, is also on display. The ceinture fléchée is a traditional piece of French-Canadian clothing, widely worn in the 18th and 19th centuries, wrapped twice and tied around the waist. Other exhibits include depictions of fur trading life, clothing from the 1800s, artwork, and a chapel. My favourite part was the rooms depicting life in days past, complete with weathered wood beams, hooked rugs on wood plank floors, white metal-framed bed, and cast iron stove. 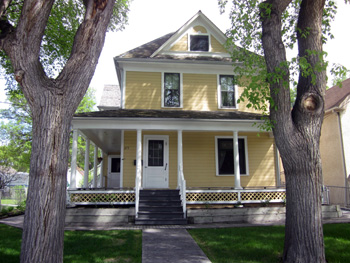 La Maison Gabrielle-Roy, to the east of old St. Boniface, provides glimpses into the life of a middle class Francophone family in the early 1900s and insight into renowned author Gabrielle Roy. Gabrielle Roy was the recipient of many prestigious literary awards and her books, written in French, were translated into many languages. Roy’s father, a colonization officer, had the house built in 1905. Gabrielle Roy was born in 1909, the youngest of 11 children. The house now functions as a museum and rooms have been restored to look as they would have during Gabrielle’s childhood. The floors are original and the wall colours authentic to what would have adorned the Roy household. The furnishings are not the original Roy family furnishings, but are true to the period. The piano in the parlor is a Bell piano, the same kind that had a prominent place in the Roy family’s life.

To the north of the old City Hall, Fort Gibraltar provides a look back in time to the period of the voyageurs and the fur trade. Voyageur is a French word translated literally as “traveler”. Voyageurs transported furs by canoe. 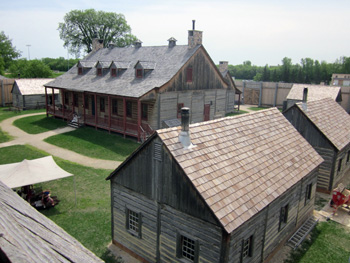 Fort Gibraltar is a replica of the original fur trading post built in 1809. The fort was abandoned in 1835 and destroyed by flood in 1852. The replica was built in 1978 to reflect key elements of life in the Red River valley from 1815 – 1821. Inside its wooden walls, costumed interpreters relive daily life of the original inhabitants. They are behind the counter in the general store, forging metal at the blacksmith’s shop, sewing, tending to an outdoor fire, and working in the workshop. Fur pelts hang in the warehouse. A fur press sits along one wall. It was used to press the fur into 90 pound bales for transport in canoe. A voyageur would typically transport two bales at a time.

While any of these historic sites is worth a visit on its own, the experience of visiting all of them provides a richer picture of the area’s heritage and brings the history of Winnipeg’s French Quarter to life. 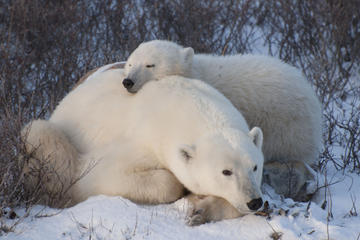 About the author:
Donna Janke writes both fiction and travel pieces. Born and bred on the Canadian prairies, she loves to explore her home province of Manitoba as much as she loves discovering other parts of the globe. She has a travel and writing blog at www.destinationsdetoursdreams.blogspot.ca