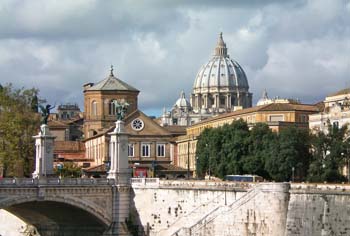 In the middle of the Tiber lies the picturesque Isola Tiberina. The island embraces two millennia of Roman history, for it has been important to Rome from her beginnings as a small river-side settlement through to her growth into the Eternal City. Foundations date back to the Iron Age – long before Romulus and Remus were mothered by their She-wolf. 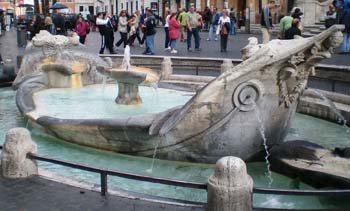 In 293 BC, Rome suffered from one of the many pestilences which proved the tribulation of the Ancient world. Seeking divine aid, a delegation of high priests and doctors made a pilgrimage to Aesculapius’ temple at Epidaurus. In response to their prayers and offerings, one of the temple’s sacred The success of the quest was thus assured. Upon the ship’s return to Rome, the snake slithered into the Tiber and crossed to the reed-covered island, which lay opposite the city’s port. This was so obvious a sign Aesculapius desired a temple here, not only was one built but the island itself hewn to resemble a ship. Large structures of white travertine were built at either end to augment the resemblance to prow and stern, complete with a bust of Aesculapius and his caduceus. In the centre of the island an obelisk was raised to suggest the main mast of a Roman galley. Thus dedicated to the powerful god of healing, the Isola Tiberina has been associated with the care of the sick ever since.

These carvings are still visible. At the foot of the Ponte Cestio (the first stone bridge to link the island with the Trastevere, on the Right Bank), steps lead down to the island’s embankment. Here on the travertine can be seen the carving of Aesculapius and his staff with its entwined, winged serpents. The bridge itself is inscribed with the names of the Byzantine emperors associated with its restoration in 30AD. 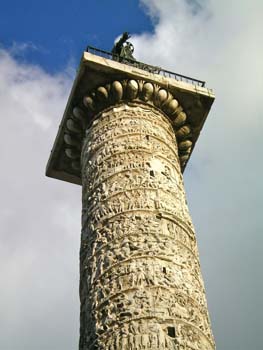 With the growth of Rome, the reputation of the Isola Tiberina’s temple and its doctors grew such that the sick ventured here from all over the Empire to seek healing. Like its namesake at Epidaurus, the temple became famous for the drinking of its miraculous waters, and for dream cures. Most probably opium (or a similar opiate) was used to produce a drugged state filled with dreams, hallucinations, and a susceptibility to suggestion. Hypnosis was a key factor; priests appeared in the dim, smoky light dressed as Aesculapius, and sacred snakes and dogs flickered their tongues over ailing body parts. The fame of these cures was to outlast both the Roman and Greek Empires.

The temple is gone, but on its ruins Emperor Otto II founded the church of St Bartholomew all’Isola in 1000AD. Within this Gothic church lies the remains of the well whose waters were once famous for healing. Otto dedicated the church to the memory of his friend St Adalbert of Prague, whose altar stands in The Millers’ Chapel. The chapel is decorated with frescoes depicting the flour-mills once moored around the island, providing freshly milled flour for a city now famous for its freshly ground coffee.

The spirit of Aesculapius continues in the San Bartolomeo Hospital, founded in 1584 and still under the care of the Brothers Of St John of God. The hospital and its medieval buildings occupy most of the island, and are more suggestive of alchemy and hooded monks than modern medicine. Both the hospital and the Hospitalliers are often called after the inscription on an alms box in the adjacent church (Fate-bene-fratelli, or ‘do good, Brothers’); much of their time is spent caring for Rome’s poor.

Named after St Bartholomew, the hospital naturally became known for it dermatological unit; skin complaints have been under the saint’s protection since he was flayed alive in the Middle Ages. Rahere, a favourite of Henry II, was cured here in the11th century of the itch (and possible malaria); he returned to England to found St Bart’s. 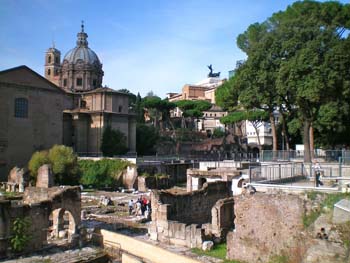 The hospital can be reached from the Left Bank via the Ponte Fabricio, which links the Old Ghetto to the island. At the junction of the two join stands the Pierloni-Caetani Tower. Built by the Pierloni family before 1000 AD at one of the most strategic approaches along the Tiber to Medieval Rome, it was used first by the Pierlonis and then the Caetanis for control of the river. Jewish in origin, the Caetani family was to produce a pope, Anacletus II. The Adjacent Pierloni-Caetani Castle, which fronts onto the Piazza San Bartolomeo, served as a fortress for several fugitive popes in the Middle Ages. It became a Franciscan monastery in the 17th century, and is now the Tiber Island History museum.

Standing on the Ponte Fabricio is one way to glimpse the essence of Ancient Rome. Built in 62 BC, not long after Spartacus lead the slaves in a revolt, it remains the oldest original bridge over the Tiber still in use. Two ancient stone heads can be seen in the parapets. Not far away is The Forum, where on Capitoline Hill the magnificent Temple of Jupiter was once the centre of the known world.

In Rome, the linking of these times, through an island which has been associated with healing for over two thousand years, seems not strange, but, entirely appropriate. 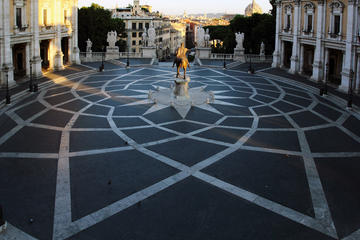 ♦ Staying in a convent offers a unique experience when in Rome (or elsewhere in Italy). For help in booking, try www.santasusanna.org/comingToRome/convents.html or www.bookingmonastery.com
♦ Arguably Rome’s best coffee is the Sant’Eustachio Il Caffé, just around the corner from the Pantheon and not too far from the Isola Tiberina
♦ The open top tourist buses are a great way to get around Rome’s major sights, without struggling with the overloaded public transport system

All photos are by Anne Harrison:
A view over the Tiber towards the Vatican
Bernini’s sunken boat – boats feature heavily in the art around Rome
The past endures: an ancient Roman column topped with a Christian saint
A view from the Forum, across a Renaissance church, to the modern Victor Emmanuel Monument