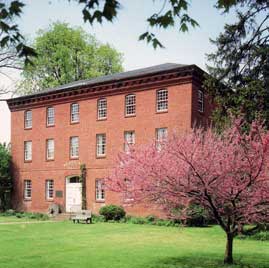 A ‘Living Museum’ is a cultural institution that is dedicated to conserving our common heritage for the benefit of all generations, past, present and future. The Memorial Hall Museum, the oldest in the country, is a fine example of a living museum. It chronicles the history and reflects the history of New England through exhibitions and displays of cultural artifacts made and/or used in the region.

One of the informative exhibitions at the Memorial Hall Museum is ‘the Raid on Deerfield’ settlement in Massachusetts, the most northwestern settlement of the New England colonies colony that occurred during Queen’s Anne’s War on February 29, 1704. It happened when a large force of three hundred French and Native American under the command of Jean-Baptiste Hertel de Rouville razed the town and killed fifty-six colonists. Of the colonists killed, twenty-two were men, nine were women, and twenty-five were children. 112 Deerfield men, women, and children were captured and taken on a 300-mile forced march to Canada in harsh winter conditions (twenty–one died due the harsh conditions of the march) Some of the captives were later redeemed and returned to Deerfield, but one-third chose to remain among their French and Native captors. 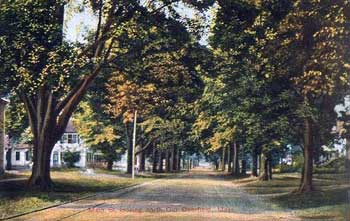 The museum holds some three hundred objects relating to the raid; one such item is the Stebbins (one of the residents of the settlement) family door, which bears the Indian ax marks left by the invading force. The museum also has on display an early edition of the memoir of Reverend Williams, who survived the raid and the ensuing three-hundred-mile march through heavy snow to Quebec. He eventually returned to Deerfield and wrote The Redeemed Captive

, where he described the ordeal on the march to Quebec, the murder of two of his children, and his final redemption for him and his family (wife and remaining five children).

Explore the web site www.1704.deerfield.history.museum and hear and read the stories on both sides of the ‘Raid on Deerfield’. The novel “The Ransom of Mercy Carter’ gives a very good and detailed story of Mercy Carter’s journey; it is the story of one who survived the terrible months long 300 mile march to Quebec, Canada.

Pocumtuck Memorial Assoc invites one and all to explore the museum’s 19 rooms of art, culture and history – Open daily from May 1st to Nov 1st (11 a.m. to 5 p.m.)

The ‘Pocumtuck Valley Memorial Association Library’ located next to Memorial Hall Museum—has a unique collection of manuscripts, diaries, account books, town records, maps and other written material that document the life and thought of Deerfield (Early New England) from the close of the 17th century to the 20th. (Open year-round from Monday to Friday, 9 a.m. to 5 p.m. (closed holidays) The ‘Henry N. Flynt Library’ within the same building serves primarily as a research center for Historic Deerfield’s collections and programs.

Historic Deerfield – A visitor would step into early America in Deerfield when one tours the town’s house museums with their fine displays of original artifacts of early America; and one can explore hundreds of years of American (New England) history along an original, mile-long thoroughfare. www.historic-deerfield.org

The quaint town of Deerfield is the daytrip or vacation site that you’re looking for, with history, beauty mixed with comfortable inns, diverse assortment of shops and boutiques, and fine restaurants and cafés. You’ll love your visit to the town (that will tempt you to make another visit to this quiet town). deerfieldattractions.com

Directions – From the East—Worcester, MA (1 hour)/Boston, MA (approximately 2 hours): Take MassPike / I-90 West to exit 4, then take I-91 North to Exit 24. At the end of the ramp, bear right onto Routes 5&10 North. Follow “Historic Deerfield” signs approximately 6 miles. From the South—Springfield, MA (30 minutes) / Hartford, CT

About the author:
Norman A. Rubin is a former correspondent for the Continental News Service (USA), now retired – busy writing articles and stories for Net sites and magazines worldwide – see ‘Google.com’ under the author’s name for a review of his written work.