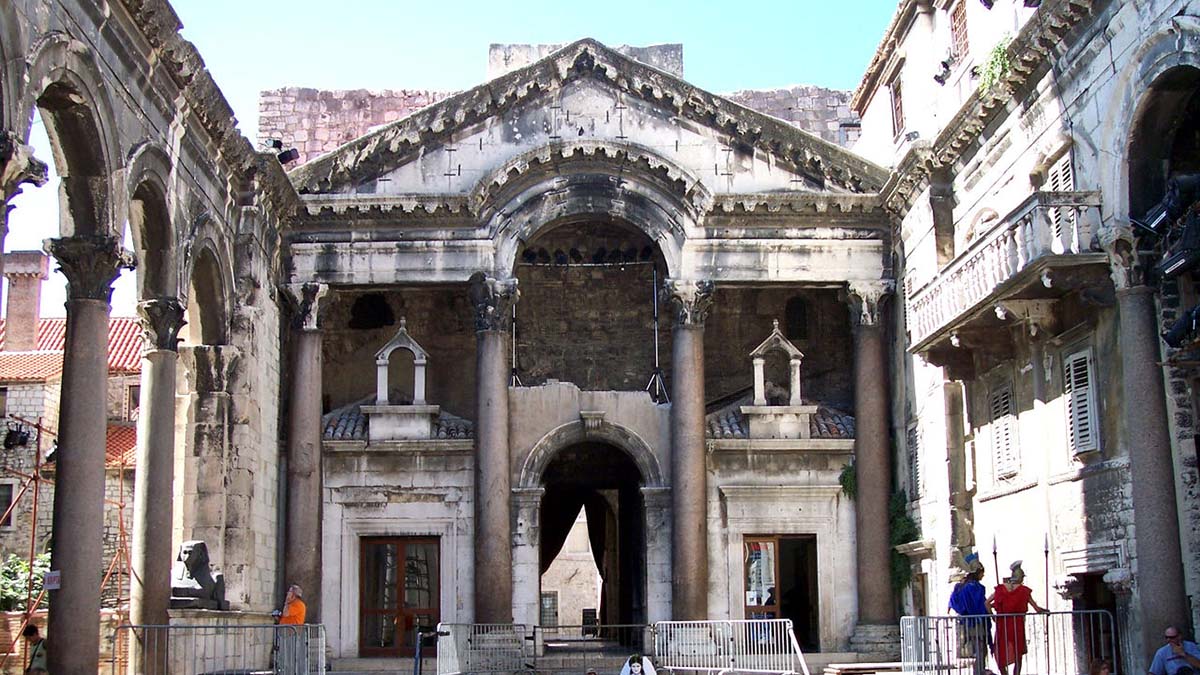 With a population of more than two hundred thousand, Split is the second largest city in Croatia and the center of the coastal region of Dalmatia. Known for its culture, history, and tourist attractions, Split is the best Croatia has to offer. 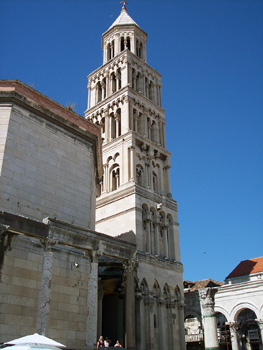 The origins of the city can be traced all the way to the Romans. The Roman Emperor Diocletian, who lived in the 4th century AD, wanted to build himself a retirement mansion. He liked the area of today’s Split for its natural beauties and the warm Adriatic Sea, so he had it built there. In the centuries that followed, the city of Split grew around it, even after the Romans were long gone. The Palace and its surroundings eventually become the historical city core of Split (or Split Old Town), and nowadays the remains of the Diocletian’s Palace are among the best preserved remains of a Roman palace in the world. It was included in the register of the UNESCO World Cultural Heritage in 1979, and is even featured on Croatian banknotes. Built in an irregular rectangle, it was a combination of a luxurious villa and a military camp. Its walls and the center court, the Peristyle, now housing various vendors and souvenir shops, can be explored freely by tourists. However, a tour through its cellar includes a 5 Euro entrance fee.

Some Roman structures were modified to serve a different purpose, such as the unused Diocletian’s mausoleum, which was incorporated into the Cathedral of St. Domnius, another of the city’s landmarks. Consecrated in the 7th century AD, historians believe it’s the second oldest structure to serve as a Christian Cathedral. Even though some of its parts were constructed afterwards, such as the 12th century Bell Tower, the Cathedral remains an important example of Romanesque architecture in the Mediterranean. 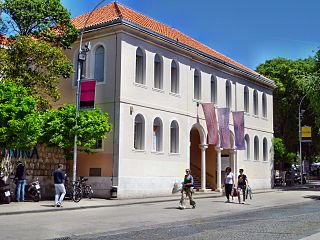 A city of such interesting history has several museums and galleries in which parts of that history are exhibited. For instance, the Gallery of Fine Arts contains works spanning through six centuries, thus providing an overview of artistic movements in Split and Croatia. Founded in 1931, it houses one of the greatest exhibitions of paintings and sculpture by major Croatian artists, but dedicating space to contemporary art as well.

The Split City Museum features a collection of local cultural, artistic, and economic heritage, plus a collection of works by Emanuel Vidovic, the greatest Split-based painter of the 20th century. If you wish to learn more about the traditional Dalmatian lifestyle, visit the Ethnographic Museum, dedicated to promoting folk heritage and finding its new, contemporary applications.

The Adriatic Sea was crucial in shaping the lives and culture of the people of the city. Split’s inhabitants were always sailors and fishermen, and the exhibits of the Croatian Maritime Museum show that part of their lifestyle. Displaying marine equipment, weapons, navigation gear, ship models, uniforms and related artwork, it’s crucial in understanding the Dalmatian history and culture. 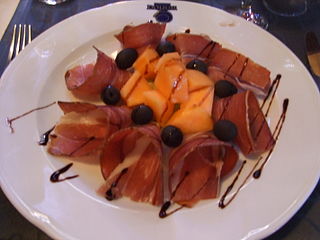 The cuisine of Split and the surrounding area is heavily based on seafood; fish, clams, oysters are usually boiled or grilled and served with vegetables or potato. Local delicacies include grilled sardines, the octopus salad, or the special kind of dry ham called “prsut”. Served with local wine, the food is usually not spicy, but some restaurants, drawing influences from other Mediterranean countries, started adding exotic spices to traditional Dalmatian dishes, giving them a new spin. For classic local delicacies search for a “konoba” sign, denoting a family-owned tavern specialized in authentic dishes. Of course, if you’re not a lover of seafood, there are plenty of fast food joints in every part of the city. 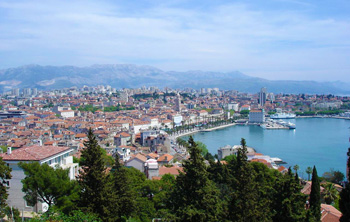 During the summer tourist season the local nightlife flourishes, especially along the Bacvice beachside, featuring several late-opening clubs and beach bars. But the city is big and diverse enough for anyone, with different clubs playing vastly different music. Electronic music lovers should proceed to the minimally decorated Quasimodo, Split’s top venue for DJ nights, or the Jungla (Hula Hula), playing house and techno music. Rock lovers should visit the Kocka or Judino Drvo, where local bands often perform. O’ Hara Music Club is popular among tourists, due to its attractive location at the Zenta waterfront; hosting great parties, it’s great for dancing and drinking. Also, a plethora of bars can be found at the main city promenade, locally known as Riva, which is a great place for slow walks among the rows of palm trees with the incredible view of turquoise Adriatic Sea.

The city is especially vibrant and lively during the summer, and various events (exhibitions, concerts, plays) are held every day. The most well-known are the Mediterranean Film Festival (held in June), showcasing regional films at several local venues and the Split Summer Festival, consisting of open-air theater and various dance and music performances. Some parts of the program are even held in the Diocletian’s Palace. 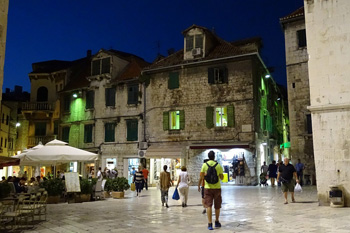 The Palace is also the location of the annual Festival of Flowers (usually held in May), where exhibitors display their flower arrangements based on a particular theme. Visually stunning, it’s a must-visit if you’re in the city at that time. If you’re interested in Roman culture, you’ll be happy to hear that there’s a whole festival dedicated to it. The Days of Diocletian are usually held in late August, and the entire area of the Palace becomes a living monument to the Romans, featuring their cuisine, lifestyle, clothing and customs. Entertaining and educational at the same time, the Days of Diocletian are especially popular with kids.

The 7th of May is a date very important for the people of Split: that’s when the celebration of Split’s patron saint, Saint Domnius (“Sveti Duje” in Croatian) takes place. It’s an important local holiday and a feast day, with a procession, food, music and a carnival. 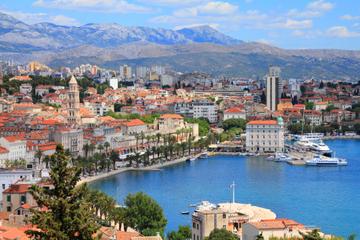 ♦ Split has an international airport  some 25 kilometers west of the city. There are lines from and to major European cities, especially in the summer. Airport buses or taxi transfers will take you from the airport to the city center. Notice: bare in mind that buses can be overcrowded during main tourist season (June to September)

♦ Split is connected to Zagreb, the Croatian capital, with the A1 motorway. The road infrastructure is generally good and the trip takes around three and a half hours if you’re traveling by car.

♦ A good deal of Croatians speaks English quite well (Italian and German are spoken as well) and will be glad to help if you need anything. Police are accustomed to dealing with tourists and you can approach them if you have a problem or a question.

♦ The country joined the European Union in 2013, meaning that travelers from EU countries can enter the country visa-free with a passport or a national identity card. Nationals of other countries that can enter Croatia without a visa include the United States, Brazil, Japan, Australia, Argentina, Turkey, Canada and Chile.  Visitors from other countries may require a Visa to enter Croatia.

♦ If you decide to visit Split, you should also check the weather forecast at Croatia’s meteorological and hydrological service as well as Tourist Board of Split for more useful information.

About the author:
Goky Brkic is a passionate traveler and enthusiastic writer on topics that cover travels and exploration of new interesting places, cuisines and cultures around the world. He’s especially familiar with the region of Balkans and also enjoys wandering through coastal cities of the Mediterranean.