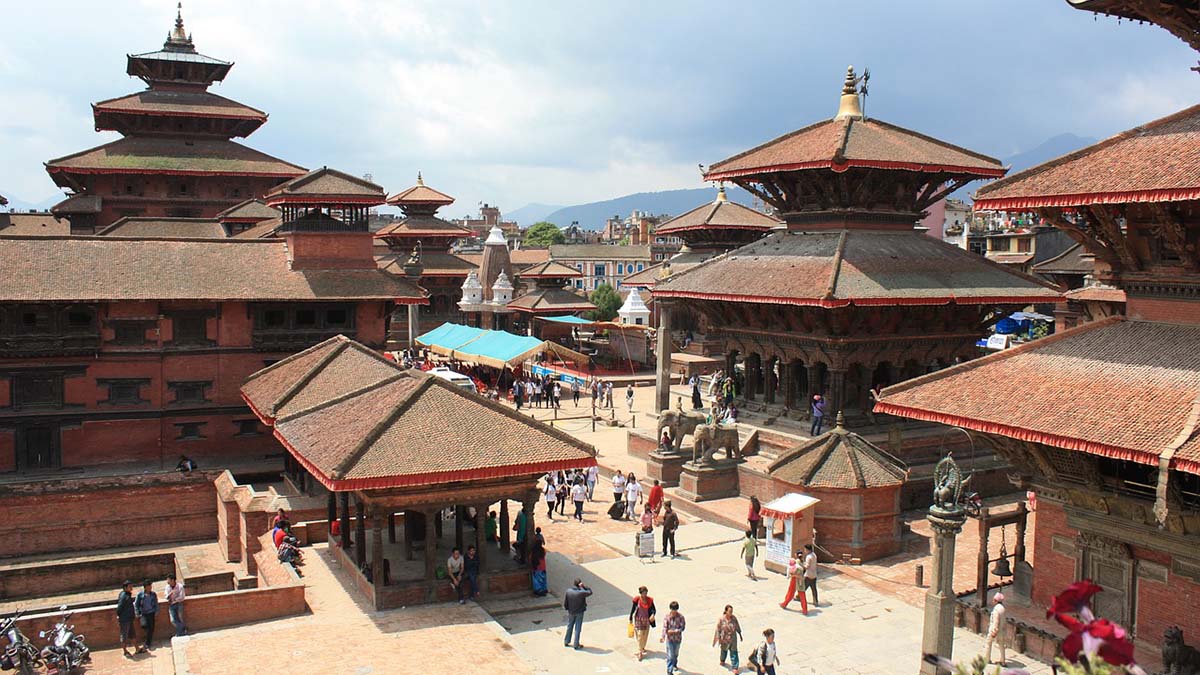 Nepal often evokes the image of Himalayan ranges, of the slow clad highest peaks in the world and of all aspiring mountaineers heading for the base camps. But the cultural Nepal is as enchanting as the nature of Nepal. Nepal is primarily known to be a Hindu nation but it is also the birthplace of Buddha. Nepal is home to four world heritage site, one of which lies in the Kathmandu valley, the valley where its capital by the same name is situated.

Seven ancient sites in Kathmandu valley comprise the UNESCO World Heritage site and interestingly these include both the Hindu and Buddhist site, and they include the palaces, stupas and temples, some of them in the same complex and some far away. Let me take you through these. 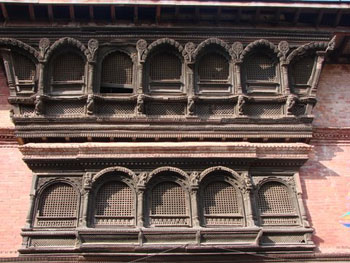 There are three Durbar Squares in Kathmandu valley named Hanumandhoka, Patan & Bhaktapur. A Durbar Square is a settlement with the King’s palace at its centre, surrounded by the temples dedicated to deities of the clan. This used to be the centre of the town and around this everyone else would live. As you see the squares today, you would see how these squares had the beautiful buildings with spaces for people to sit around and how these squares more or less merged with the rest of the town. Even today these squares are very much living spaces and you would see local people sitting on the steps of the temples and on the corridors outside the buildings. There is no formal boundary between the durbar squares and the residential areas. In fact there are no tickets for the locals to visit these places only the foreigners have to pay an entrance fees for all the three durbar squares. Some parts have now been converted into commercial establishments like shops and restaurants. Some of the palaces or their parts have been converted into museums. With Pagoda style architecture all of them are beautiful in their own way, while being very similar to each other. Most of the buildings are in red brick with intricately carved wooden windows, which are the trademark of Nepal.

Hanumandhoka is so called because there are many monkeys in this complex and the name of Hindu monkey God is Hanuman. Otherwise its name is Basantpur Durbar Square. This one is important because until very recently this was the place where the king’s coronation took place. This square houses the Kumari ghar, the house of the Nepal’s principal living Goddess. If there are enough tourists, the guide will give a signal and the Kumari will come out to give you a glimpse of her. There is one building with colonial architecture, which stands out in the cluster of otherwise traditional Nepali architecture. 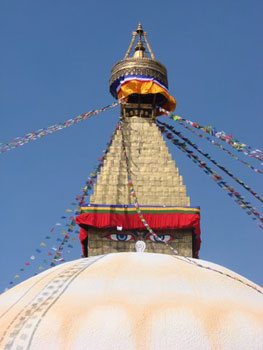 Bhaktapur is an old town and is considered the cultural capital of the region. This square actually has three squares. You see the first one as you enter from the main gate called the Durbar Square. Past this is Taumadhi Square, which has the magnificent five-storied Nyatapola temple dedicated to Siddhi Laxmi along with a three-storey Bhairav temple. The steps leading to the temple have huge figurines of animals on both sides. From the top story of the temple you can get a bird’s eye view of the town. Behind this square is a potter’s square where you will see rows of pottery lying in a square and potter’s wheels around it.

Patan Durbar Square is famous for its Krishna temple. It is built in stone in Shikhara or North Indian temple architectural style and is still in practice. There is a shining brass image of Lord Krishna on the first floor of the temple and has carvings of usual Hindu themes on the outer walls. Other attraction of this square is the Golden temple dedicated to Buddha. You can walk across the square and its by-lanes and you will see so many big and small temples, stupas and linga that beauty is the life that exists around them. They are not monuments that are preserved for tourists, but they are a part of everyday life of the people living in and around them.

Pasupatinath temple is the seat of Shiva in the form of protector of animals in Nepal, and he was the national deity until the country decided to call itself secular. It has a chaturmukhlinga i.e. a lingum with four faces on it, in the sanctum sanctorum. Facing the lingum is a huge golden sculpture of Nandi, his vehicle. The current temple is only few hundred years old and is built in the pagoda style with beautiful wooden carvings. The compound has many big and small shrines dedicated to Shiva or his family members. The temple is presided over by south Indian priests called Bhatts. Only Hindus are allowed entry in this temple. Outside the main compound there is a labyrinth made of more than 500 Shiva linga, and you can walk through it. This is also the place where the last rites are performed for the Hindus. 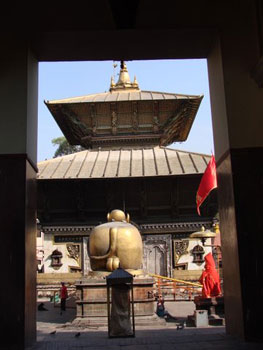 Swayambhunath is located on a small hilltop inside the city. There is a large stupa surrounded by many temples and lots of Mandalas spread all over the complex. The stupa dates back to 5th century with an interesting story of a lotus being converted into this hill. Apart from the magnificent stupa with intriguing eyes painted on it, you can get an excellent view of the Kathmandu city from this high vantage point.

Bauddhnath is the biggest stupa in Nepal with the characteristic eyes painted on the tower on stupa. The base of the stupa is a three tiered crossed rectangles designed in tantric mandala form. Unlike most stupas, which have images of Buddha in all four cardinal directions, this one has only one image in the North. Many smaller stupas surround the main stupa. There is a market encircling the stupa, and you find restaurants, guesthouses and shops selling all kinds of curios and Tankha paintings.

Changu narayan temple dedicated to Vishnu on a hill near Bhaktapur is also a part of the Kathmandu valley world heritage site. This temple dates back to 4th century and is also open only to Hindus. There are many stone sculptures in this temple with the Hindu iconography and many stones with inscriptions telling the story of this temple. It is a single temple with a corridor running along the compound wall.

You need two to three days to do all the sites at leisure. Bhaktapur and Changu Narayan can be clubbed together as they are outside the Kathmandu city and in the same direction. The rest of the five sites are in the city and can be done any time. You can also walk around the streets in the old parts of the city to see how the local life. You can also shop for Tankha paintings, wooden masks and metal sculptures in Nepal. 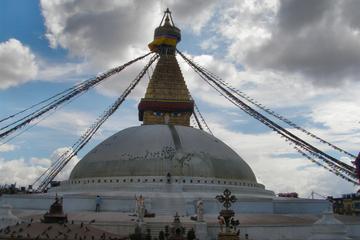 You can fly to Kathmandu from quite a few major cities in the world, if not you can take a connection from New Delhi, India. From India, you can also enter Nepal via road.
There are hotels of all ranges available in Kathmandu. You can hire local taxis to move around in the city, which are readily available.

Photo Credits:
Durbar Square, Kathmandu at top by: Wolfgang Reindl from Pixabay
All other photos are by Anuradha Goyal.