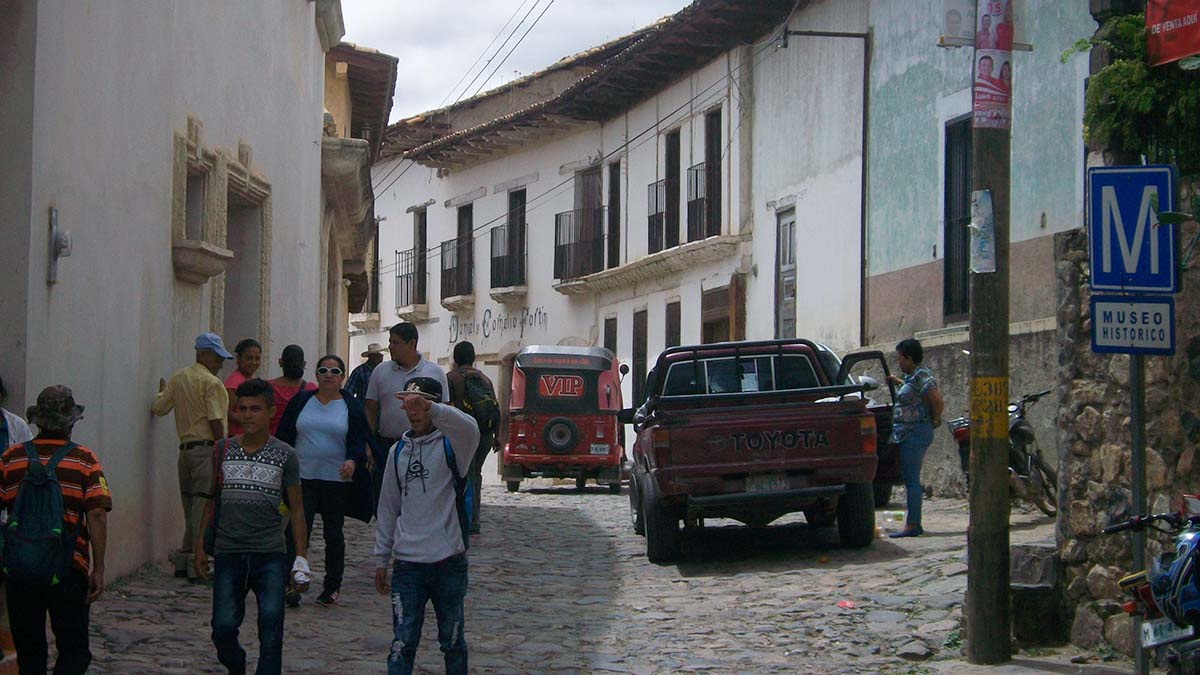 It was as if I had become Indiana Jones. A North American following behind a guide native to the country, swatting at pesky insects as he made his way through thick forest and brush in search of something. But whereas the fictional adventurer was in search of riches, I found myself on this overcast fall day searching for traces of those who had themselves gone in search of riches.

Thankfully, in order to be at this place I hadn’t had to travel to the depths of the Amazon or anywhere in South America. Tegucigalpa, the sprawling capital of the Central American nation of Honduras, is less than 3 hours by plane from Miami. From there, a two-hour bus ride will take you to the sleepy town of Yuscaran, located under the brooding shadow of the mountain of Monserrat.

Yuscaran wasn’t always so quiet. Founded in the early 18th century by the Spanish due to both gold and silver being found in the area, Yuscaran received an injection of activity in the 19th century as mining companies from Europe and North America set up operations in the town, bringing it prosperity in a country which had and continues to have very little of it. While this activity eventually evaporated a little past the midpoint of the 19th century, traces of this era are still to be found there today.

On the recommendation of some friends in town, I decided to investigate some of this history myself. The guide for this tour, Carlos Rodriguez, is a life-long native of Yuscaran. Following his lead, I wound my way down a street which quickly turned into a washed-out road filled with stones of various sizes. To the left could be seen a stone foundation in a field not far out of town. This, he explained to me, was the remains of a building that was once part of a mining company from Great Britain. 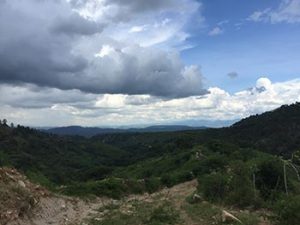 Not long after this, we reached the Rio Aguacatal. This river had been used by the mining companies for gold panning. The day I was there, there was only some garbage (usually of the plastic type) to be found. With the noise of the river in the background, I re-entered the forest with Carlos leading the way. Soon we found more ruins, again largely foundations of varying sizes. These were surrounded by and at times overgrown by the lush vegetation typical of most of Central America. Carlos explained that some of these had once been houses for workers in the mines. Others had been buildings used by the mining companies for different mining-related activities. 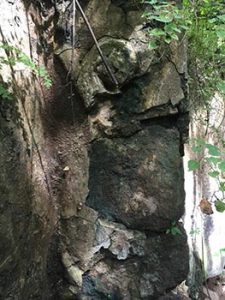 Much like the fictional adventurer in the movies, I suddenly found myself brushing aside plants to find something in stone. In my case, it was something far less dramatic. The specter-like forms of sleeping women carved in stone peered back at me. This pair of silent ladies mark the entrance to a round, open-aired area with the remains of a crucifix carved in stone and flanked by two more women similar to the ones at the entrance. Like the women outside, the stone was partially broken away. Carlos explained that this spot marked where Spanish miners who died of disease had been buried over 200 years ago. Upon entering, I felt almost as if I was committing sacrilege standing in such a place and felt slightly more at ease when I left the place.

Up the hill and through the forest, the trail fell away vertically only a few feet from where I stood. Looking down, the ground dropped away for more than 30 feet to the forest floor on three sides. Peering through the trees, I realized this had been a large building. Carlos explained that this had been where a mining company had kept a large piece of machinery for one of their buildings. It was truly awe-inspiring to think of such a large piece of metal being hauled all the way to that spot. 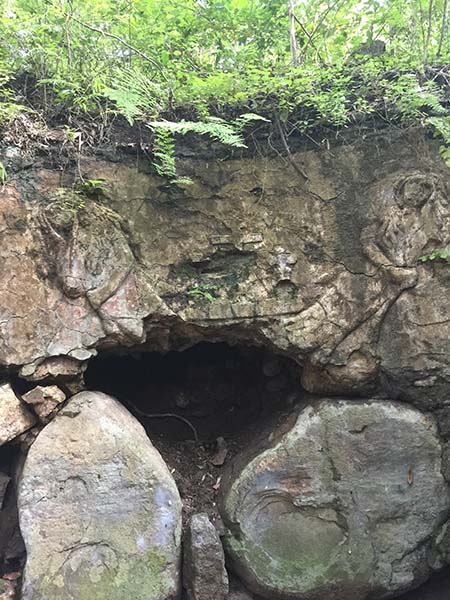 But the tour was far from over at this point. The air became clearer as we made our way uphill through long grass and pine trees towards the dusty road. A clear view could be had of mountains nearly 10 miles to the northeast. Reaching the road, we walked back towards Yuscaran. While the ruins had been interesting, there had been no mines. Now, Carlos promised to show me some.

Along the way, we sidetracked a short distance to view the entrances to some of the mines. While some entrances were near the road and filled with trash, others off the main road tended to be built straight down into the ground. Carlos had been in some of them before and gave me some details as to their dimensions. While none of them were especially long or deep as mines go, he spoke of there being dozens of them located in the near vicinity of Yuscaran.

By the time the tour had finished, I was starting to tire. Yet none of my day was regretted. Getting to see, touch, and feel history all around me was an experience to be treasured. It isn’t every day one can feel like an explorer and for a small fee, that opportunity can be had by many.

Buses leave from Mercado Jacaleapa on the east side of Tegucigalpa for Yuscaran every hour or so. A one-way bus ride to Yuscaran costs a little less than $2.

La Casa Fortin is a museum dedicated to the town of Yuscaran. Many pictures and artifacts relating to its history and that of the mines can be found there. It is located just down the street from the central park. Hours of admission are from 9 am to 4:30 p.m. Admission is free. To contact Carlos Rodriguez, ask Oscar Lezama, the curator here.

About the author:
James P. Hogan is an aspiring travel writer who lives in Vermont. He has worked at various professions over the years and in between has found time to do some traveling on three different continents. James is hoping to work more on the photography aspect of travel writing to better supplement his articles.

All photographs by James P. Hogan
A street scene showing old houses in Yuscaran
Walking down to the river from Yuscaran
One of the women in stone guarding the entrance to the burial place
The inside of the burial area