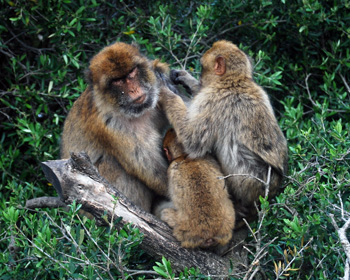 Our cruise ship sailed into the Bay of Gibraltar, and the Rock loomed large above us. I remarked that I hadn’t seen it from this angle before, and a lady nearby said:

‘You’ve been here before? You must know all about it, then?’

Actually, I didn’t. I have visited Gibraltar before, but on duty with the Royal Air Force, and, on the rare occasions we left the airfield, it was just to check out the bars. So, on the old military principle of ‘What happens on deployment stays on deployment’ … I held my peace. 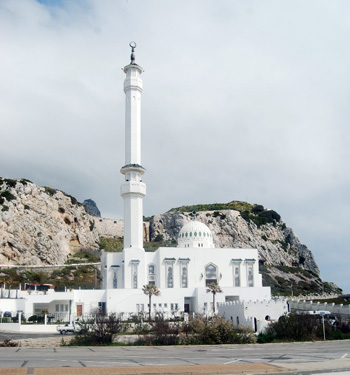 As it happens, our grandson is a Sapper in the Royal Engineers, and Gibraltar has a proud place in their history. Indeed, when they’re not Royal Engineering around the globe somewhere, their home, in Surrey, is called Gibraltar Barracks.

But, the history of Gibraltar long predated the Royal Engineers. It’s been inhabited since the earliest times. Evidence has been found that suggests Neanderthal Man may have lived there, and, indeed, some archaeologists think it was their last foothold in Europe.

Early Mediterranean people thought that the Rock marked the end of the world, but the Phoenicians found that this was not the case as they sailed past it, and on to the shores of France, Africa and Britain. The Phoenicians founded a colony at Carthage, in modern Tunisia, which grew into an empire in its own right. That empire spread across southern Europe, but shrank after coming into conflict with the Romans, in a series of conflicts called the Punic Wars. 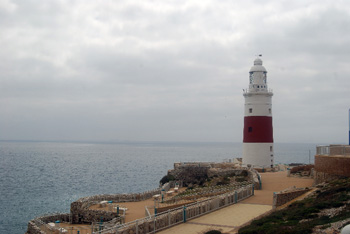 The whole Spanish peninsula was ceded to the Romans after the Second Punic War, in 150 BC; the Romans, called the Rock Mons Calpe.

The promontories guarding the Straits of Gibraltar were known to some as the Pillars of Hercules. It’s not clear which one was the southern one; the most likely are Monte Hacho, in Ceuta or Jebel Musa in Morocco. But, the northern one is, indisputably, Gibraltar. 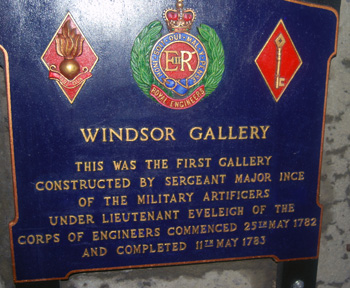 It owes its present name to the Moors, who captured it in the 8th Century. They called it Jebel Tariq (Tariq’s Hill), after the Moorish commander Tariq ibn Zeyad. Over time, it became … Gibraltar.

The Moors were to remain in Spain right up until 1472, when the last Moorish outpost at Malaga was taken by the Spanish.

The British arrived on the scene in 1704, during the War of the Spanish Succession, when Gibraltar was captured by Admiral Sir George Rooke. He immediately saw its important strategic position, and Britain has held on to it ever since. This arrangement was formalised by the Treaty of Utrecht in 1713, which ceded the territory to Britain ‘in perpetuity’. 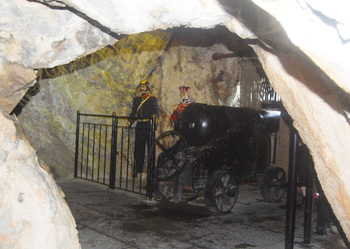 However, this arrangement has long been a bone of contention between Britain and Spain … but, in referenda held in 1967, and again in 2002, the Gibraltarians elected to remain a British territory.

Folklore has it that the Rock will remain in British possession as long as the Barbary Apes, which roam freely around the Rock, stay. So, they’re cared for and pampered … there was even a wing of the Military Hospital devoted to their care. Generally, they just sit around being apes, and pose shamelessly for the camera. 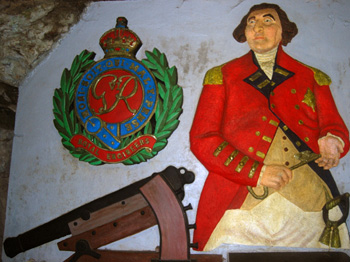 Europa Point is the southernmost point. and here is the Trinity lighthouse, the only one outside the British Isles administered by Trinity House. Here, also, is a picturesque mosque endowed by the King of Saudi Arabia.

Of course, the guide took us up the Rock to ‘meet his family’ … the famous apes.

Another attraction is the tunnels. They were first suggested by Sergeant Major Henry Ince of the Soldier Artificer Company (forerunner of the Royal Engineers) in the 18th Century, as a means of expeditiously getting guns from one side of the Rock to the other But, there were tunnels long before the British arrived; most of them led to underground reservoirs and later ones were used as air raid shelters in WWII. 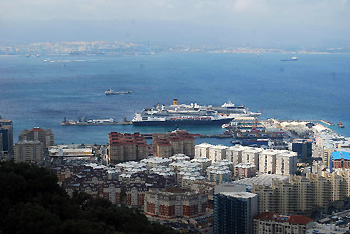 Most of the resultant rubble was dumped in the bay … to eventually become the site of the airfield runway. And, that’s no ordinary runway. It used to be that the road had to be closed to allow aircraft to take off and land, but now, there’s a tunnel under it.

A cable car took us up to the very top of the Rock, where there wasn’t really much except a souvenir shop and more apes. But, they say on a clear day, there are excellent views of Spain and Morocco. Closer to hand, there’s a superb view of the harbour, and its many ships. Not one single Royal Navy ship, though; a far cry from bygone days. In fact, during the visit, we didn’t see a single soldier although there was plenty of evidence of their former presence.

♦ Gibraltar has an airport, which accommodates flights from the United Kingdom, Morocco and Tangier. From other cities in Europe, you can fly to Malaga, Jerez or Seville, from where it’s a two hour drive to Gibraltar.

♦ You can travel by rail to Algeciras, from where buses leave every 30 minutes to La Linea, which is within easy walking distance of Gibraltar. Algeciras can also be reached by ferry from Morocco.

♦ Most attractions on Gibraltar are within walking distance, but there’s also a fairly efficient bus service and plentiful taxis.

About the author:
Having written as a hobby for many years while serving in the Royal Air Force, Keith Kellett saw no reason to discontinue his hobby when he retired. With time on his hands, he produced more work, and found, to his surprise, it ‘grew and grew’ and was good enough to finance his other hobbies; travelling, photography and computers. He is trying hard to prevent it from becoming a full-time job! He lives near Salisbury, in the south of England, and has published in many UK and overseas print magazines, and on the Web. He is presently trying to get his head around blogging, podcasting and video. keith-kellett@tinyworld.co.uk.

All photos by Keith Kellett:
Barbary Apes
Europa Point
Lighthouse at Europa Point
Inside Windsor Tunnel
Inside a Tunnel
Mural in the Tunnel
The Harbour