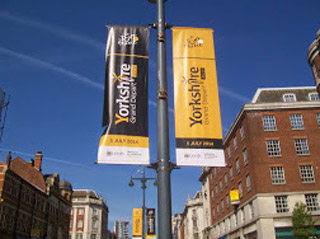 198 cyclists will ride 1,864 miles (3,500 kilometers) over three weeks, aiming for the 101st Tour de France finish line in Paris on July 27, 2014. The third biggest sporting event in the world will start in the north of England for the first time. Leeds is steeped in sport and history, so it is a great choice for the 2014 Le Grand Depart on July 5th.

More than 2,000 journalists will be based in Leeds for the event. They will be reporting the biggest road race in the world to 3.5 billion people in 190 countries. Leeds’s choice is reward for a city and region that promotes sporting excellence; has maintained its historic buildings, and preserved its parks and countryside. 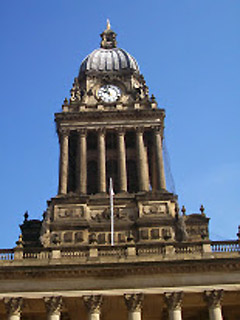 The Tour will start near Leeds Town Hall, built between 1853-1858 to the design of the Paris-trained Hull-born architect Cuthbert Broderick. The 225-feet high building was the tallest in Leeds for nearly a century. It was opened by Queen Victoria, and copied across Britain and the British Empire.

Cuthbert Broderick has been remembered by a Wetherspoon’s pub of that name, with the best ‘beer garden’ in the city; a balcony ideally designed for views of the Town Hall and Millenium Square, and to make the most of afternoon sunshine.

There are several older pubs around the Town Hall, with The Victoria Hotel right behind it particularly historic. Built just after the Town Hall, it still has Victorian-style partitioned seating ‘snugs’ opposite a long brass bar.

The Leeds City Museum is just to the left of The Cuthbert Broderick, between the pub and a new 13,500 capacity arena opened in 2013. The First Direct Arena has been used for sporting events as well as music. 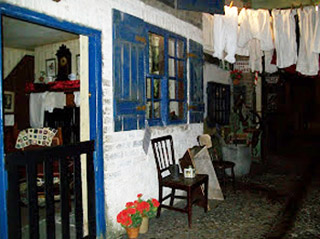 The museum is housed in the old Mechanics’ Institute, which was also designed by Broderick. The City Museum dates from 1821, but moved and closed several times, before reopening in its current home in 2008. It has free entrance.

Leeds also has several other museums dotted around the city. Kirkstall Abbey was built in the 12th century by Cistercian monks, and a lot of its walls are still standing. There is a visitor centre outside its old entrance, and a museum across the road where its old gatehouse stood. The latter has an atmospheric recreated cobbled Victorian street. The abbey stands in tranquil grounds alongside the River Aire.

Following the river towards the city centre, the Armley Mills Industrial Museum is housed in what was once the world’s largest woollen goods mill. The museum houses recreated Victorian cottages. Armley Mills stands between the River Aire and the Leeds-Liverpool canal; the canal revolutionised industrial transport in the Victorian north, creating a boom for coal, wool and cloth merchants.

Following the canal towpath to the city you reach the Royal Armouries, which houses the National Museum of Arms and Armour. It was moved from the Tower of London to Leeds in 1996. There are several floors of weapons, armoury and exhibits from prehistory to the present day; from Britain and around the world. It is also free to enter. 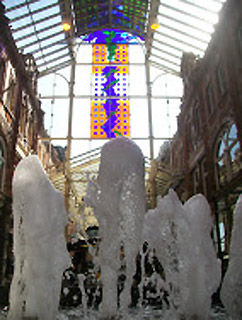 Returning to the city centre, the Corn Exchange is another Broderick-designed building. It is one of only three Victorian corn exchanges still being used for retail, with stylish shops and restaurants now trading under the oval glass roof.

Kirkgate Market is across the road, and that also dates from the Victorian period, trading since 1857. It is said to be the largest covered market in Europe. Its roof and neighbouring roofs are decorated with Victorian Gothic turrets.

The adjacent Briggate area contains today’s main shopping arcades. It is one of Leeds’s oldest streets, dating from 1207. A Civil War battle was fought on Briggate under heavy snow in 1643, with the Parliamentarians defeating the Royalists.

Leeds was still a small community at that time, and didn’t grow into a metropolis until the 18th century. The great cloth mills born out of the 19th century Industrial Revolution turned Leeds into a major city.

One of Leeds’s oldest small gems now neighbours one of its newest and certainly the biggest, after the 1,000,000 square feet (thirteen football pitches) Trinity shopping centre opened just below Whitelock’s on Briggate. The oldest pub in Leeds dates from 1715, and its current interior furnishings date from the 1800s.

Statues of a packhorse inside Trinity, and the goddess Minerva outside its eastern entrance, are reminders of the history behind modern retail. Minerva was the Roman goddess of trade, while packhorses were the main form of transport in Britain before canals and the Industrial Revolution. Both statues were created by Andy Scott, who said of packhorse Equus Altus: “My thoughts behind it were about the history of Leeds and the wool and textile industries and how horses were used as the HGV at the time” 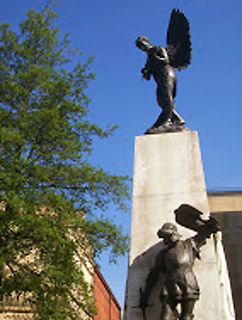 Leeds races fundraising in honour of Jane Tomlinson usually pass down Briggate. Her athletic achievements and fundraising efforts while battling cancer between 2000 and 2006 raised the profile of Leeds endurance events, and along with several Leeds and Yorkshire medallists at London 2012, helped bring the Tour de France to Leeds. Leeds is also home to the Yorkshire cricket team, with the English and Welsh league formatted around counties. Yorkshire has won the most county championships in the league’s history. The last was in 2001.

There is a similar story for the city’s football/soccer team, with Leeds United most remembered for the great team built by manager Don Revie between 1961 and 1974. They won many trophies in the late 1960s and early 1970s, and are considered one of the all-time great teams of the English game.

Rugby is divided into League and Union in England, and it is the League version that dominates in Leeds. The city’s Rhinos team is one of the top League teams in the country, and reigning Super League champions.

The most successful individual athlete from Leeds is probably Alistair Brownlee, who won the 2012 Olympic triathlon gold to add to two world championships and two European titles. His brother Jonathan won Olympic bronze in London. Nicola Adams won boxing gold for Leeds and Team G.B. in 2012. 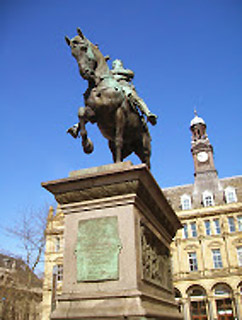 There is now a Brownlee triathlon in support of Macmillan cancer support at Harewood House, and this is an example of how nature and sport go hand in hand together in Leeds and Yorkshire.

The first stage of the Tour de France will also pass through Harewood. Harewood House has been owned by the Lascelles family since it was built in 1771.The house contains a large collection of classic paintings in immaculately preserved rooms. The gardens and grounds also look unchanged by the centuries.

The kitchen evokes images of life for ordinary people working in the house; probably created in my mind from television dramas such as Upstairs Downstairs and Downton Abbey.

Other notable stately homes in Leeds are Bramhope, also in north Leeds; and Lotherton Hall and Temple Newsam in east Leeds.

Although Leeds doesn’t have beaches and mountains, it has many historical buildings and shops; as well as a renowned sporting history. It also has six prestigious Green Flag Award parks on its outskirts, and is the gateway to the Tolkien-inspiring Dales for national and international travelers.

The Tour de France cyclists, journalists and spectators are in for a treat when they visit Leeds for Le Grand Depart and travel around historic natural Yorkshire. 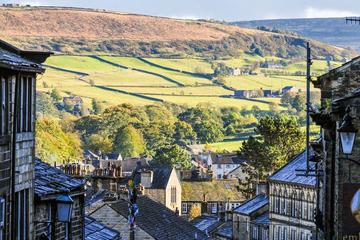 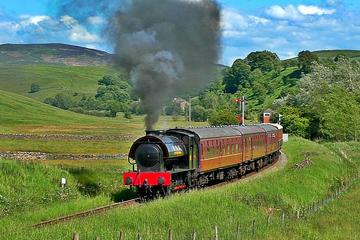 About the author:
Marc Latham travelled to all the populated continents during his twenties. He studied during his thirties, including a BA in History, and has been writing during his forties. He has lived in Leeds since 1995, writing from the www.greenygrey.co.uk website since 2009.