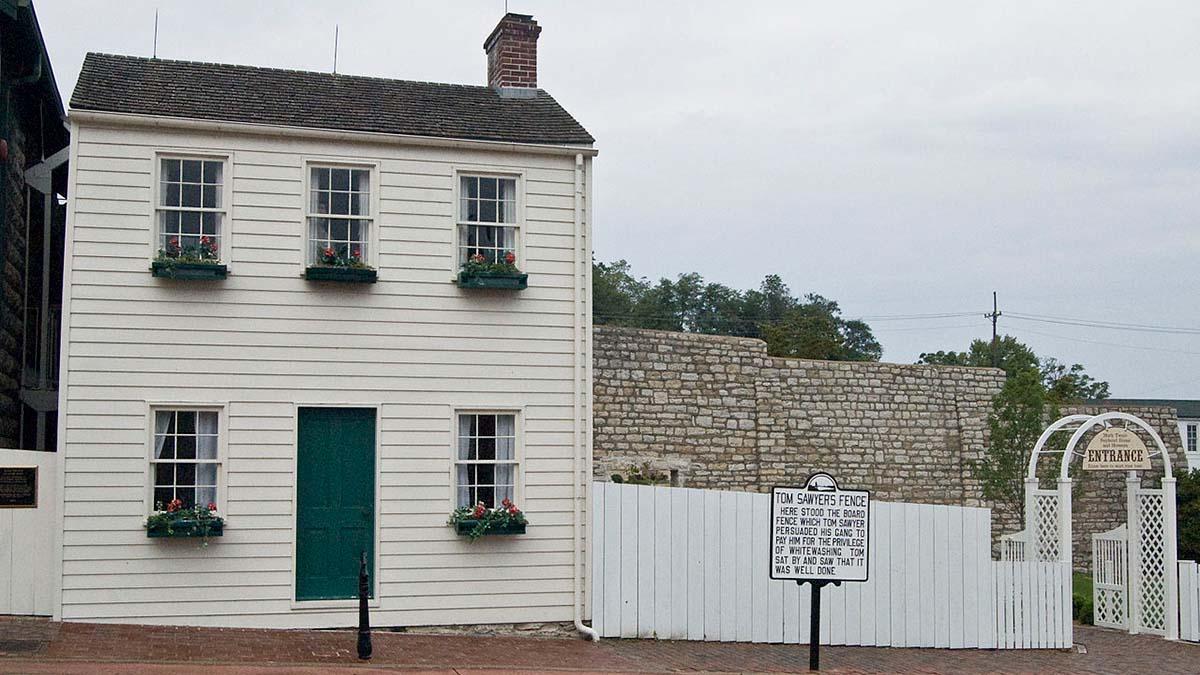 Road Trippin’ With Tom and Huck

“Hannibal has had a hard time of it ever since I can recollect, and I was “raised” there. First, it had me for a citizen, but I was too young then to really hurt the place.” (Mark Twain comment in a letter to the Alta California newspaper, dated April 16, 1867)

Think Twain, think Hannibal, Missouri. Think Twain, think Tom Sawyer and Huck Finn, literature’s version of the Lost Boys. All of the various places that have been ingrained in literature and carved into the fertile imagination of young boys and girls since the publication of these two books, are based on real life characters and perhaps some exaggerated childhood exploits of Tom, Huck, Becky Thatcher and mostly of their creator, Mark Twain, or Sam Clemens. 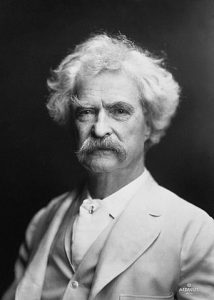 Clemens was born in 1835 in Florida, Missouri but, his family soon moved to Hannibal where adventurous young boys could get into any amount of trouble they cared to. It was a time of superstition that involved graveyard remedies, ghosts, river pirates, escaped slaves and riverboats. Although young Clemens changed his name to Mark Twain and moved west to establish himself as a journalist and writer, his early writings were drawn from experience and the people he came into daily contact with in Hannibal, which would always have a gravitational influence on him, his writings. The stories were infectious, and in Hannibal today you can walk in the footsteps of Mark Twain’s own boyhood. Better yet, you can walk in the footsteps of Tom Sawyer and Huckleberry Finn, and sail on a raft of literary history throughout the town including the annual National Tom Sawyer Days Celebration.

Hannibal history has a distinct “Twain Factor” and you can get a full dose of it on your visit to the Mark Twain Boyhood Home, Museum and Garden. The Interpretive Center has interactive displays, and from there you can tour the house where young Sam Clemens was raised. It is also the literary location of Tom Sawyer’s home. There is a magnificent garden in the yard enclosed by a stone wall that was built in the 1930’s as part of a WPA works project. The gift shop is a tribute to all things Twain including souvenirs and of course, Mark Twain books!

The complex includes the boyhood home of Tom Blankenship, the prototype for Twain’s endearing character of that river rascal, Huck Finn. The Becky Thatcher home includes a well stocked gift shop with toys, souvenirs, books, and collectibles. This is the home of Laura Hawkins, the inspiration for Becky Thatcher who Tom Sawyer had a crush on. As you enter the Becky Thatcher home and gift shop, walk up the flight of stairs and turn right at the top. There you will find “Becky’s” bedroom set up in alit’s early 19th Century furnishings and a recorded history of the home and it’s place in Southern literature. 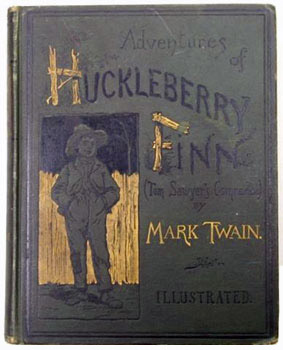 One final stop on the Boyhood Home Complex is the bronze Tom and Huck Statue at the foot of Cardiff Hill. You can pose for a photo and be one of Tom and Huck’s “robber gang.” Look beyond the statue, and you’ll see 244 uphill steps that lead to the historic wooden Mark Twain Memorial Lighthouse, and be rewarded with a Birdseye view and sweeping panorama of the river and the town of Hannibal.

Get your spelunking shoes on and tour the Mark Twain Cave Complex. Tom and gang were lost in the cave and this is the cave where a young Sam Clemens and his friends used to fight imaginary pirates and other acts of childish daring do. The cave has guided tours, a visitor center, the obligatory gift shop (they are everywhere!) and two of the caves.

Want to camp it up at a cave? Pull your RV rig or pitch a tent at the Cave Complex Campground. They have 99 sites available with access to rest rooms, laundry, showers and a store for camping supplies and fire wood. Hikers will enjoy a trek to view wildlife that is abundant in the area, and unwind later in the day with a game of volleyball, basketball or horseshoes. If you bring the kids along, they can burn off energy at the campground playground. Now the real fun begins! 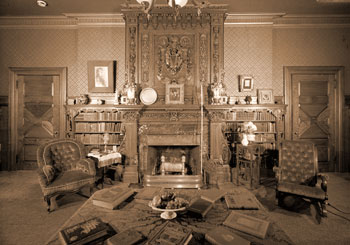 Across from the Cave Complex is the Sawyers Creek Fun Park with bumper boats, waterworks, miniature golf for all you mini-golf duffers, a cafe and the towns only all year round Christmas store with an abundant selection of Christmas ornaments, trees, and holiday decorations to give your Christmas a Mississippi River flair. The Mark Twain Riverboat has daily excursions including a one hour sightseeing cruise or a two-hour romantic sunset dinner cruise where you can wine and dine with all the nostalgic ambiance of an earlier slower paced era of style and class.

For over 50 years! Hannibal has been host to the annual National Tom Sawyer Days. Part of the festivities are the Tom and Becky Pageant where they choose that years “Tom and Becky” to represent the town. The young entrants walk around town in costume and in character to greet tourists and locals alike.

The celebration includes a fence painting contest, a frog jumping contest, mud volleyball, and a carnival. the Downtown is the center of activity with vendors, arts and crafts booths. music and other entertainment along with the Mighty Miss Raft Race! The festival is timed to coincide with the Fourth of July every year, so there is a parade and at night you can join thousands down on the banks of the river for the annual fireworks display that is quite spectacular.

If the fireworks are spectacular try the Ghost Tour on for size and visit all the sites of Haunted Hannibal aboard a shuttle bus with tales of murder and mayhem and paranormal apparitions. You’ll visit the Baptist Cemetery for a ghostly tour of the grave sites of slaves, Confederate soldiers, murderers and their victims. There is also a haunted dinner and ghost walk available and to top it all off, you can stay at one of the haunted bed and breakfasts where ghostly apparitions may appear to share the room with you in a scene right out of House on Haunted Hill.

Tom and Huck are waiting for you down by the river in Hannibal and remember, in the south there is a twang factor, but in Hannibal, it’s the Twain Factor!

♦ Shopping options include everything from souvenir shops to toy stores to bookstores. For the sweet tooth there is a popcorn and candy store and ice cream parlors to cool you down on a hot Hannibal day midsummer. Art is as abundant in Hannibal as levee’s on the river. The town has become an artists haven and colony with numerous galleries and studios to tour and visit.
♦ You can mom and pop it for lodging, or stay at one of the chain motels, bed and breakfasts or rough it river style at campgrounds to accommodate the RV pioneer or the tent camper who prefers a more rustic approach to enjoying the great outdoors.
♦ For more information on Hannibal, Missouri, visit the website at www.visithannibal.com

About the author:
Mike Marino is a freelance writer and columnist for numerous publications in North America and Europe. He also worked as journalist and managing editor of two newspapers in the Pacific Northwest, and the eight specialty publications produced each year. He writes as a columnist and/or contributor to numerous magazines in the US, Canada and Europe. www.angelfire.com/mi2/sfroad/page1022.html