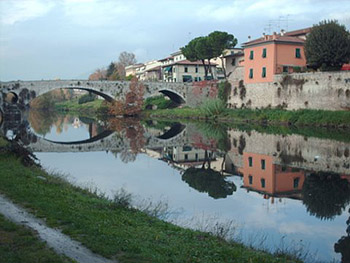 I hear the merry ping of a horn behind me and automatically step aside; my short stay here has already schooled me in small-town road etiquette. A moment later, a woman on a bicycle glides leisurely past. Several pedestrians wave to her and she squeezes her bell again in a cheery greeting. It strikes me that aside from the bicycle horn, the only sound I hear on this small street in Tuscany is the foreign chatter of a content population. It is as if the harsh industrial world of machinery, pollution, and environmental distress has been left at the town border.

Thanks to a school exchange program, I spent three months living in the small town of Prato in northern Italy, just a short train ride from Florence. My time there opened my eyes to a completely different way of life. The Italian residents taught me to experience the world through the eyes of a culture that places much more value on simple pleasures than our North American traditions dictate. I learned that the relaxed, laid-back mannerism that Europe is famous for is more than just a stereotype; it is an ingrained lifestyle, much as our lifestyle at home consists of clogging our event calendars and seeking the latest technological toys. Only lately have we begun to recognize how destructive our habits are, not only to our own wellness but to that of our planet. Ever since returning to Canada and noticing the stark contrasts between the Italian culture and our own, I have come to strongly believe that emulating the practices of our Italian counterparts can help us offset the growing crises of global warming and environmental destruction, if only we are willing to embrace a simpler way of life.

The Italians’ endearingly simplistic lifestyle not only promotes a less stressful existence, but also advocates the preservation of resources that are fast becoming depleted in this era of excessive consumption. Italy has one of the lowest levels of energy consumption in Europe, and for good reason: many sections of the country, especially smaller towns like Prato, suffer from a faltering economy. These populations are forced to practice conservation just to afford the daily cost of living. Residents of towns like Prato have thus created a lifestyle that encourages environmental sustainability, a practice that North Americans have forgotten. 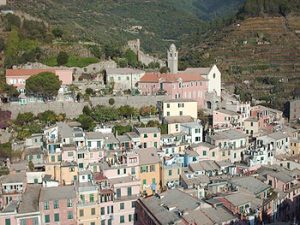 One of the most visible differences I noticed in Italy is that most towns hardly ever see traffic; in some areas cars are forbidden, but in most, using alternate means of transportation is a personal choice. This can be contrasted to North America, where an increase in automobile production has led to higher levels of traffic and congestion in both urban and rural districts. This in turn has contributed to the growing pollution that is ripping through our ozone layer. City and town residents in Italy prefer the less environmentally destructive means of walking and bicycling. Many also use scooters, which emit less gas than cars. Furthermore, when traveling within the country, Italians rely heavily on TrenItalia, the highly efficient public railway system that serves as the major form of transportation throughout the country.

As previously mentioned, many regions of Italy are economically disadvantaged in comparison to our own relatively rich nation. The residents of these sectors do not have money or energy to waste. In these regions, Italians make do by conserving their water, heat, and other resources. For example, instead of using washers and dryers, many households hand-wash clothes and dry them in the Tuscan sun, a practice that was initially hard for me to adapt to! Rather than using water-wasting dishwashers, residents wash and dry dishes by hand. Italian kitchens are strikingly void of the collection of microwaves, coffeemakers, and other energy-consuming kitchen appliances that clutter the average North American home; in fact, many households make do with only a stove for their cooking. 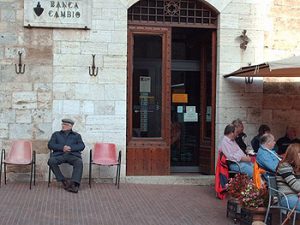 Italian leisure looks much different from the constant stimulation we depend on at home. In Prato, for instance, there was no electronics store. I learned that most of the residents do not own the energy-wasting computers, Playstations, or big-screen televisions that North Americans rely on for entertainment. Instead, leisure time in Prato is based solely on human interaction. Every weekend, a traditional “block party” took place in the town center. This consisted of what seemed like the entire population of Prato converging in the streets, where the residents would mingle, eat at outdoor cafés, and amble through town. The purpose of downtime in Italy is to experience the basic pleasure of reconnecting with family members and friends, rather than pursuing the superficial gratifications that North Americans seek from movie houses, clubs, and theme parks, all of which use enormous amounts of electricity and produce gallons of environmental toxins.

One of the most prevailing stereotypes of Italians is that they love their food. This is absolutely correct, and with good reason: Italian food is among the most delicious of world cuisines. However, despite the dominant tradition that mealtime has become in Italian culture, the residents do not waste their food. Supermercatos do not sell items in bulk; the containers and boxes of products that these markets stock are much smaller than those found in North American superstores, which encourages consumers to buy only what they need. This is not only economical for residents, but also reduces the amount of waste products and ensures that food resources are preserved rather than squandered. The same is true for restaurants: unlike the massive portion sizes that are the standard at North American eateries, Italian trachiattoras serve just enough to satisfy the appetite. Furthermore, chefs concentrate on the creation of individual dishes rather than relying on mass production. Only the best ingredients are used, which means food is of higher quality and less is needed to achieve the same tantalizing results. 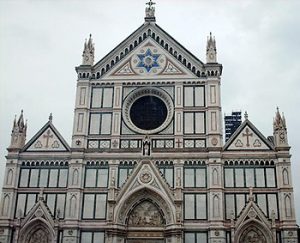 Since my return to Canada, I have found myself almost unconsciously incorporating the customs I observed in Italy into my own daily activities. For example, I rely on my car less, choosing instead to walk or take public transportation. Not only does this cut down on pollution and the overuse of fossil fuels, but I pay less for gas and get more exercise as a result. I have also made an active attempt to reduce my energy consumption. Although I do own computers and multiple household appliances like the average North American, I make sure everything is switched off when not in use. I also check that heating and lights are off when no one is home. Similarly, ever since I returned from Italy I have started washing my dishes by hand rather than using the dishwasher. I have also encouraged my family to use our washer/dryer less often, and would suggest that others switch to energy-saving machines as we have. Finally, I no longer buy in bulk while grocery shopping but select only what I know I will need, especially when choosing foods that are easily perishable and will therefore rot quickly, like produce. I am convinced that if enough people follow this practice, the amount of food products that are consumed will diminish, therefore allowing more of these goods to be shipped to poorer countries where food is less abundant.

Ultimately, my trip to Italy not only enlightened me to the customs of a once-foreign culture, but also opened my eyes to our own traditions. It is now clear to me that we have become so used to our practices that we no longer acknowledge their harmful effects on our environment. Admittedly, Italy is by no means the ideal prototype for environmental protection: its rate of automobile usage, for example, has been steadily increasing in recent years. Smaller towns like Prato might be models of resource conservation, but bigger cities, especially with the onslaught of tourism, are catering to both the population and outsiders’ needs by introducing more time-saving, and often energy-wasting, products and practices. It is unfeasible to hope that major cities in North America will become more like Prato when Italy’s own big cities are diverging from this ideal. However, the traditional lifestyles that we observe in our friends abroad can educate us on minor changes that we can incorporate at home in hopes of globalizing a sustainable economy and ultimately preserving the resources of the planet each one of us calls home.

Getting there: The easiest way to reach Prato from the nearest big city, Florence, is by train. There are two stops, Prato Centrale and Prato Porta Serraglio. The former stop is just minutes from the town’s Duomo.

Accommodations: Residence Manassei. Located in the heart of the small town, the residence boasts eleven rooms, complete with reasonably spacious kitchens. Don’t forget to catch the sunset from the rooftop; if you time it right, the tinkling melody of the church chimes will set the scene.

Dining Out: Baghino on Via dell’Accademia – moderately priced authentic and delicious Italian food.

Sweet Treats: A visit to Prato is not complete without a stop at Gelateria Il Longotto – truly the best gelato in Italy. Also visit Antonio Mattei: the small store sells the famous biscotti de Prato. Take it to go and enjoy it with an espresso.