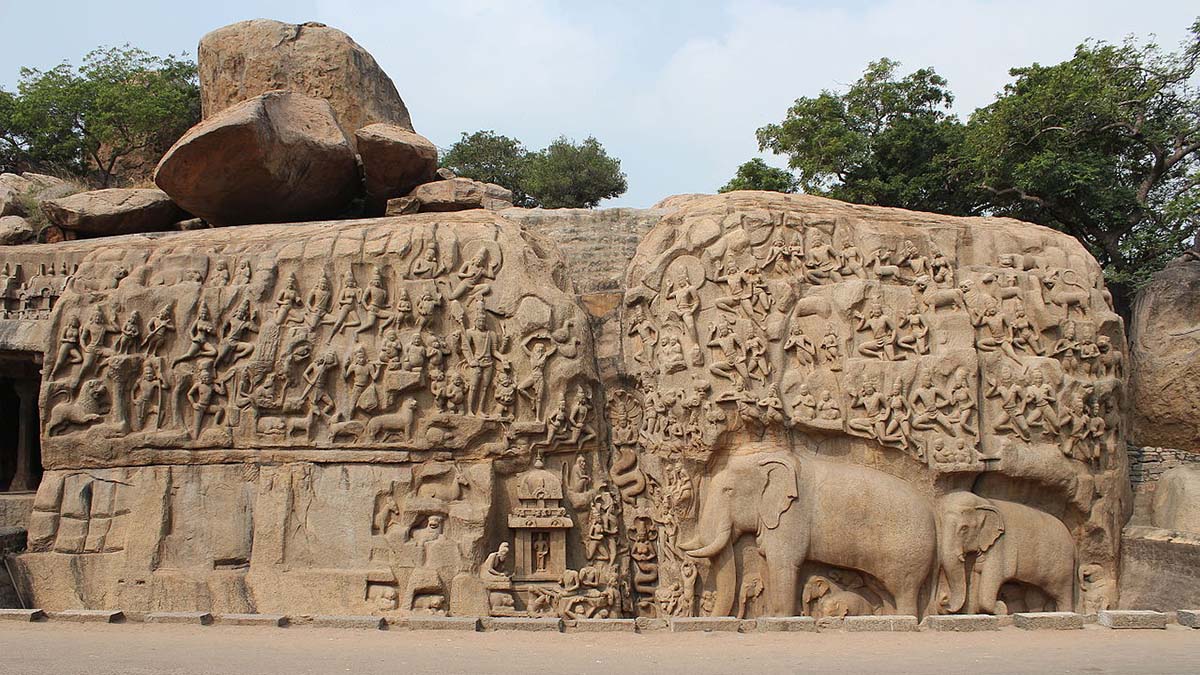 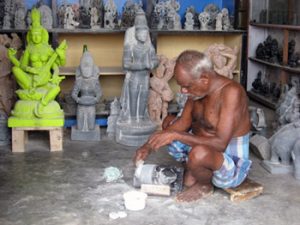 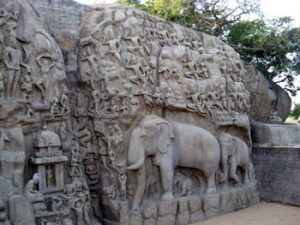 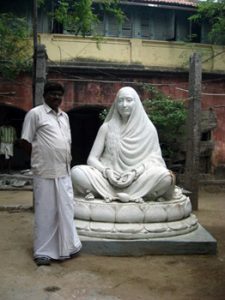 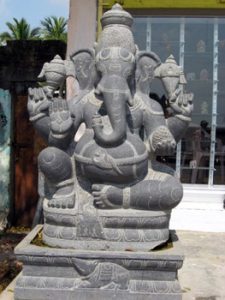 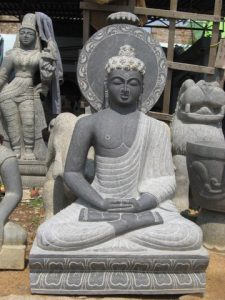 All of the workshops along the streets hum with activity. The sound of screeching drills fills the air with their busy cacophony. I peep into a shop where a group of sculptors are immersed in their work. A man in a pair of dirty brown pants and a once-white shirt is chiselling away at a granite sculpture of Shiva, another in faded jeans and a psychedelic shirt works his drilling machine on a slab of stone, willing it to crack and reveal the delicately drawn shape of the idol. In another part of the studio, a man is working on a huge statue of Vishnu, while his friend slaps clay on a model of Buddha. As they work, wrapped up in a thin layer of smoke that swirls up from the kiln, Rajendra, a lecturer at the College of Sculpture and a bronze sculpture specialist, helps a trainee with his metal creation and also gives us a smattering of information on the process of making the metal figures. 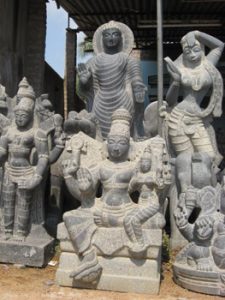 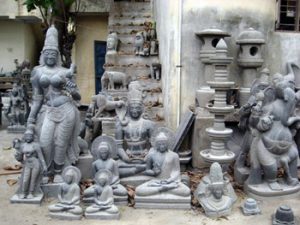 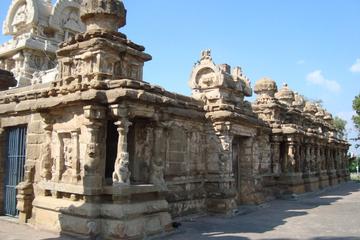