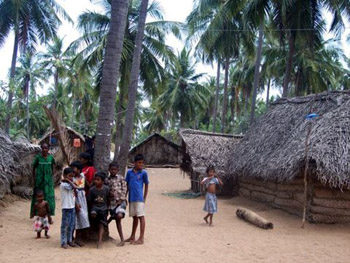 It’s January 12, 2010—5 years after the tsunami tore into Asian countries around the Indian Ocean, an earthquake, magnitude of 7, affects millions in Haiti: 200,000 dead; 250,000 injured; over two million homeless with the rainy season upon them. The outpouring of compassion and money for relief has been unprecedented. This disaster, stirs the heartbeat of the world again. More than a week after their nursing home collapsed 84 elderly Haitians beg for food and medicine while laying on dirt and blankets. This but a mile from the airport where international aid, by the ton, is supposed to be arriving. ‘Elderly victims of Haiti earthquake feel forgotten as they wait for help’ is the headline I read on Jan. 21st. Two more patients have died of hunger and exhaustion since the quake, diapers need changing, some elderly are delirious and can’t speak. Rats compete for bits of food brought by relatives. Later, five weeks on, the television shows old people lying prone under make-shift blanket shelters, desperate for food, water and medical care. One old woman tells of having everything in her collapsed house looted. 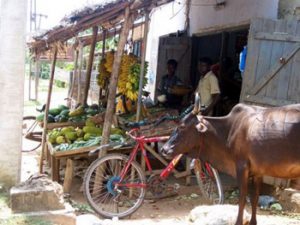 Not even two months after the Haitian earthquake, February 27, 2010, Chile, South America, is hit by an earthquake of 8.8 magnitude, and a tsunami rolls across the south Pacific Ocean threatening one quarter of the world. Forty retirees camping on the coast try to escape the tsunami by bus. All lose their lives and only five bodies have been retrieved. Another elderly couple in Santiago, Chile, said upon being rescued, “Everything is lost; our house, everything. We stayed huddled in a corner for hours and were finally rescued.”

All these events vividly remind me of another time, another place in the world five years ago. Another disaster and my own response.

This is an excerpt from the author’s memoirs of that time. 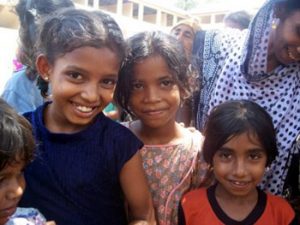 “I’ve lost my whole family. There’s no one left to hold or to love,” the old Sri Lankan woman said. I remember how the art therapist interviewing her on television was speechless. What could be said to those words? The depth of pain and loss recalled in that woman’s face still rips into the chambers of my heart and my eyes fill with tears. I ask myself again how we can even begin to restore to the elderly all that they have built within their life—relationships, safety, self-esteem, economic independence, a home they have built from decades of work—after a disaster like this when they are running out of time. The young seem to receive the most aid; what about these old people who have so little of life left?

It’s the middle of March, 2005. The jet is beginning its descent into Colombo, the capital of Sri Lanka, and sparkling below me the lights are welcoming. I look over at my new Sri Lankan friends, a Canadian couple raising money for housing for tsunami survivors. They are visiting family and making connections for a possible housing site on the east coast which we will be visiting. 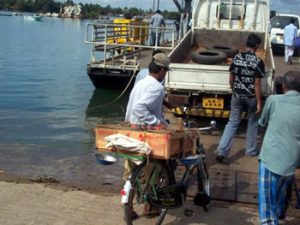 We quickly clear customs. I step from the airport onto the crowded, noisy sidewalk that could only be Asia. It’s extremely humid. I feel excitement rising. Tomorrow I’ll begin my journey to the east coast which has been ravaged by the tsunami three months earlier.

The next afternoon and my friends and I travel north east by van. I remember hours, at home in Canada, trying to process the images shown on the news. For days I had felt like an emotional shock absorber. Within that silent role, not being able to write or cry, I now understand that I was unknowingly being prepared, like a period of incubation, to shift into a life-changing experience that was waiting just for me, a new door opening with great speed. Now, in about three hours I will be introduced to a popular community leader who has been involved for several years in local projects in his east coast village. He’s also the director of both a boys’ and girls’ Muslim orphanage. He’s now using his skills and connections to restore normal life to his village after the tsunami. I’m sure looking forward to meeting this person. 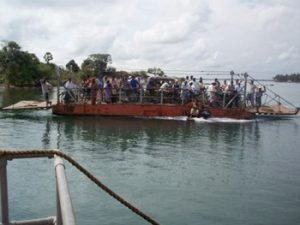 Three hours later after passing many markets and small towns we arrive at a small bay which we’ll have to cross to reach the village. With great caution, and courage, we drive onto the metal open-deck ferry, our van lurching forward into place. The ferry is driven by two small outboard motors strapped to a side rigging. A young man in an open shirt, a colorful cloth hitched at the waist, barefoot and with a huge smile is negotiating the swift current and we are on our way!

I, myself, am also processing loss of relationships, personal identity and economic stability with the end of my long-term marriage, the deaths of both my mother and mother-in-law, retirement and an empty nest. I know the pain on that old woman’s face on television. It’s the same pain I know on the face of that woman in the mirror. In that single second of recognition, I’d been given a most precious gift…a connection to the heartbeat of all of humanity. I grieve finally for the tsunami victims and their families; for all people who suffer loss; for my own personal losses. I remember welcoming the relief of being able to finally grieve. I feel anticipation and excitement for the first time in many years—that something new is about to happen as I take my first steps into a new portal which will become one of the greatest journeys of my life. It’s a journey into my own heart.

About the author:
Mara Baudais writes creative non-fiction, travelogues, personal essays and poetry. These are based on traveling and/or an insightful experience, often associated with traveling or meditation Besides extensively traveling in Europe, she has visited North Africa, Thailand, Israel, Turkey, China, Inner Mongolia, Tibet, post-tsunami Sri Lanka, Guatemala, across Canada by car for 4 months, coastal B.C. and the Yukon. She has recently returned from a six month trip that stretched from Great Britain to the Black Sea. A photographer, artist, teacher and writer Mara Baudais can be reached at m_baudais@yahoo.ca.

All photographs are by Mara Baudais from 2005.