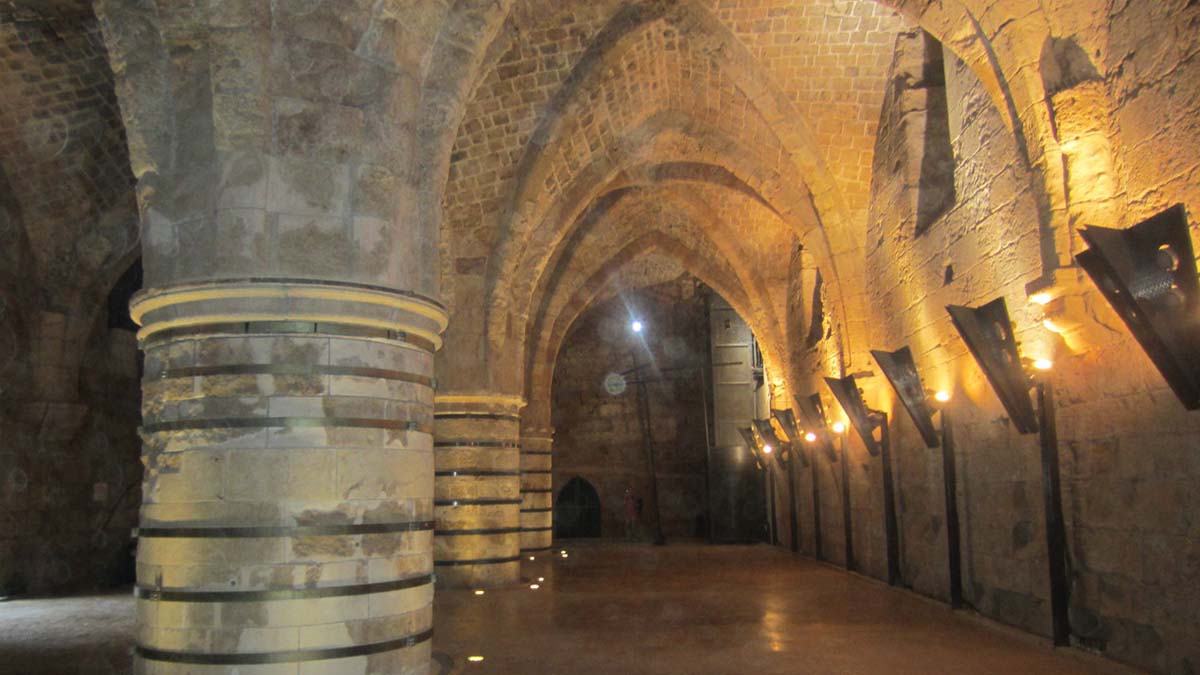 Who knew that my pilgrimage in Europe was going to be a lot more about locating the source of chivalry than a shrine to an Apostles’ remains in Santiago de Compostela? For it seemed The Knights Hospitaller had guided my itinerary planning and arranged that my formative experience with them would be with their reincarnations – the hospitaleros – in pilgrim albergues on the Camino. They were determined to reveal a new face of chivalry to me, one that was as much about humility as heroism. 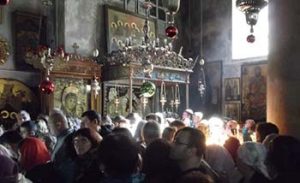 I first became consciously aware that the itinerary for this particular trip in Europe may have been ghostwritten by The Knights Hospitaller, on the Camino, the legendary 800 kilometre long pilgrimage across Spain which honours its patron saint, St. James. Every pilgrim learns early that chivalry is definitely not dead on the Camino. Large dollops of it are served every time you stagger up to an albrgue door mid-afternoon and your parched pleas for a room and respite from one’s screaming feet are met by gentle smiles of the attending volunteer staff, known as hospitaleros. Always ready to dispense information, comfort, moleskins, encouragement and clean beds and showers, these angels of mercy have kept the light on for centuries for pilgrims that have plied the path across northern Spain. I vowed to find out more about this chivalric tradition and it turned out this would only require me to pay heed to my itinerary. The knights had arranged that I would be witnessing the trajectory of their history in reverse as my next stop was Malta. 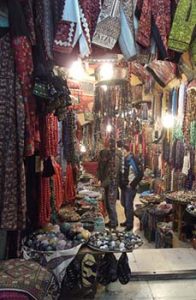 The traveller is instantly apprised of the fact that Valletta, the capital of Malta, was once the formidable medieval garrison of an impressive Order of Knights, the Hospitallers. The city is completely walled, forts exist on both sides of the main harbour, a hospital and a palace (residence of the sovereign commander of the knights) dominate the centre of the city, and costumed brigadiers, with a white 8-point cross emblazoned on their tunics, are on every street corner. Malta was not the birthplace of the Order, it was one in a long chain of outposts for the Hospitallers. Seemed they had been quite a peripatetic lot, likely because they were a Catholic religious order and kept choosing to set up shop in Muslim or Byzantine controlled countries, eventually getting the boot. Their missionary zeal and bull-headed determination urged me to find out more about them, and the bedrock of belief that lay at the foundation of their Order.

The Knights Hospitaller (also known as the Knights of St. John and the Knights of Malta) was a Christian organization that began as an Amalfian hospital founded in Jerusalem in 1018 to provide care for poor, sick or injured pilgrims to the Holy Land. After the Christian conquest of Jerusalem in 1099 during the First Crusade, it became a religious/military order under its own charter, and was charged with the care and defence of the Holy Land. The Hospitallers evolved into one of the great military forces of the Crusades, fighting Islamic forces alongside their brothers and rivals, the Templars. After the fall of the Holy Land in 1291 and the loss the their garrison in Jerusalem and Acre, the Order moved to Rhodes and pursued a naval crusade during their reign there between 1309-1522. Eventually they wound up on Malta, where they remained for more than 250 years, surviving the famous great siege of 1565, until finally ousted by Napoleon in 1798. They re-emerged in Rome in 1843 as the Sovereign Military Order of Malta, once again as a religious order dedicated to providing medical assistance to the poor, sick, wounded, elderly and homeless. Today they are considered to be the world’s oldest surviving order of chivalry, with 120 chapters of SMOM worldwide, including one in Canada, operating numerous hospitals, medical centres and first aid camps and mobilizing over 20,000 medical personnel and 80,000 volunteers to areas struck by natural disaster or armed conflict. They were first on the scene during the Paris bombing attacks in November 2015. 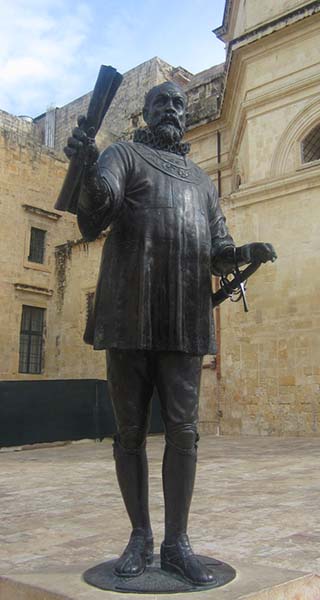 Key to the history and the raison d’etre of both the Hospitallers and Templars was that they were established as religious orders and governed by rules much like those one would find in a monastery. A novice would be expected to take vows of poverty, chastity, piety, obedience. At the core of the knight’s pledge was the Davidic ethic – benevolence of the strong toward the weak. The clear marriage of heroism and virtue in such a pledge is at the heart of the ‘chivalric code’ (which is descended from the martial traditions and moral system followed by the chevalrie or horse soldiers). Whether they served chiefly as medics or warriors of Christ depended on the situation which explains why in the modern era, continuing servants of the Order work primarily in areas of hospitality and care. In the peaceable kingdom of northern Spain, where they are known as hospitaleros, the peace and truce of God is maintained civilly, allowing them to focus on other chivalric tasks, namely, the guardianship of the pilgrims.

Two flights and one hydrofoil ride later, my ghostwriters had me gliding into Rhodes Town harbour on the Greek Island of Rhodes, the outpost that had preceded Malta for the Hospitallers. In front of me loomed dark, Brobningnagian-looking ramparts with towering gates stationed along the wall. A UNESCO endorsed site, Rhodes Town oozes with austere elegance, particularly on its flagship street: The Street of the Knights. Here a gamut of inns for each of the ‘tongues’ (languages) of the order lines a 600m long cobble-paved street. At the top of Knights Street, I am deposited onto the ground of the Grand Master’s Palace – one of the oldest Gothic structures in Europe, today fulsome with crenulated turrets and parapets. Standing outside the castle makes one speculate about the decisions made here, battle lines drawn, dignitaries entertained, principles defended, knights initiated and causes championed. Judging by the quiet reverential atmosphere inside the castle, other visitors were doing the same.

A short ferry ride from Rhodes will bring one to any number of still extant Hospitaller fortifications, from those clinging to remote hillsides on the island of Tilos, to those dominating town harbours, like those in Kos, and Bodrum, Turkey. But lingering there would make me late for my date with Acre and Jerusalem where I would visit the cradle of Hospitaller life.

In Acre (Akko in Arabic), recent excavations have recovered the knights’ 4,500 square metre complex from beneath the Ottoman structure that had succeeded the Hospitaller occupation. The whole complex, consisting of a refectory, prisoner’s hall, courtyard and administrative buildings, is stunning in its size and symmetry, particularly the refectory which is cathedral like in its domed ceilings and ribbed vaults. The Hospitaller’s last stand in the Holy Land was not hastily conceived, nor half-heartedly maintained, so when the pilgrims staggered up to the door with their parched pleas for water and a room, they were probably not displeased with the accommodations offered. 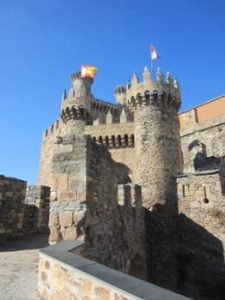 The Hospitaller influence in Jerusalem is not immediately evident, in fact much of it is still under excavation. After extricating myself from the labyrinth of narrow passageways dense with Middle-Eastern fare – textiles, woodwork, jewellery, candles, lamps, bronze, gold, lokum, nougat, dried fruit, spices – I reached the Via Dolorosa – a main artery through the market. This led me to a path through to the Christian heart of the city along the twelve stations of the cross to the Holy Sepulchre Church. Here, swept up with the throngs heading into the church, I am transported through the last four stages of the cross by the twenty young monks leading the way. The voices in the church yield to a tangle of people, faiths, chapels and relics dizzying in their complexity. I had reached the epicentre and origins of the Hospitaller Order.

Jerusalem marked the end of my accidental pilgrimage – one that had started on the road to Santiago and ended on the fourteenth Station of the Cross in the Holy Sepulchre Church. Yes, it could be considered the consummate Christian pilgrimage – including the western and easternmost points on the pilgrim’s compass – but in the end, it was the spirit of the kindnesses received on the Camino that had motivated my true quest, the one to find out who had been responsible for such a noble legacy on the Camino. After many flights and stopovers later, it was quite clear that what is still alive today is the Hospitaller original and sovereign goal – to provide medical care and hospitality to the people in need. How chivalric is that, dear pilgrim? 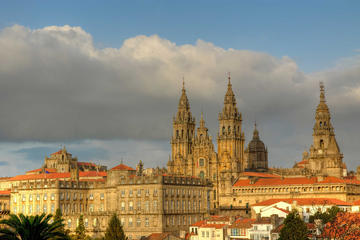 Private Tour of Santiago de Compostela from A Coruña

The Camino – you don’t have to be a Catholic to walk the Camino! Canadians will find the Camino a groomed and graded walk, with a proliferation of supply posts and accommodation. Start in St. Jean Pied de Port so the epic day over the Pyrenees is included in your hike. Allow 4-5 weeks for your walk if you are averaging between 25-30 kilometres a day. Great for solo travellers!

Malta – lots of flights from major cities in Europe. Check out the Asti Guesthouse – one of the few places in the walled city of Valletta to stay for a reasonable price.

Rhodes – easily accessible from any major city in Europe, and by ferry from Athens or Crete. Check out The Pearl Hotel in New Rhodes Town for reasonable hotel costs.

Jerusalem – just 2 hours bus ride from Tel Aviv, which is serviced by most major airlines. For accommodation in Old Jerusalem, try the Ecce Homo Convent – hostel-like hospitality right on the Via Dolorosa!

Acre (Akko) – Akko is an hour train ride north of Haifa, which has a plethora of good accommodations and amazing food!

About the author:
J. Kathleen is a lover of adventure, books, music, epic people and journeys and liberal amounts of Greek sunshine and yogurt. She is a member of the B.C. Association of Travel Writers, and writes for regional publications in B.C. When not on a bike, bus or boat in and around the Mediterranean, she can be found waterside in Vancouver or Christina Lake, B.C.