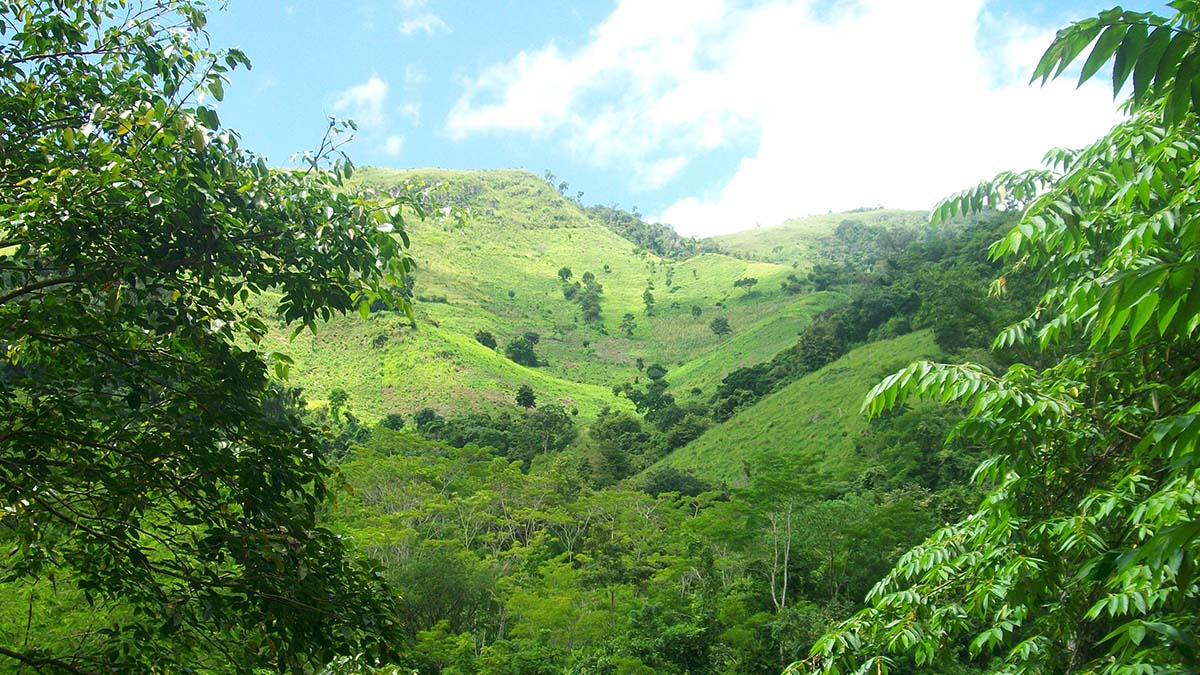 The September day was just starting to get pleasantly warm as our taxi deposited us on a dirt road almost five miles from the large town of Catacamas, Honduras. Looking up the road, my companions and I could see our way leading us along a river, the Rio Talgua. Our destination, Parque Arqueologico Cuevas de Talgua, lay a short distance ahead and along the river, tucked into the high Sierra de Agalta range of mountains. 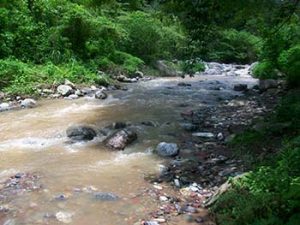 In the 1990s, some American Peace Corps volunteers discovered skeletal remains that were in the cave and publicized their find drawing world-wide attention to the park. The cave soon became known as “the cave of the Glowing Skulls” due to light reflecting off deposits of Calcite on the skeletal remains found there. Who these people were is still uncertain, as this part of Honduras had been something of a frontier zone between the Mayans to the north and other people groups to the south. Archaeologists have estimated the remains to come from between 900 and 1000 B.C. 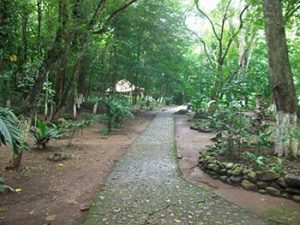 Entering the park, we made our way down a narrow but clear path by the river. September falls within the “wet season” in Honduras and the swollen, flowing body of water to our left was evidence of this. The path itself hugged the side of the mountain on the one side of the river. Towering over the river not far from the water’s edge loomed the light green of a partially treeless mountainside. The bright green of the mountain combined with the clear, cloudless blue of the sky to give me a feeling of smallness in the face of a powerful and overwhelming natural world.

A guide was waiting in front of the entrance to the cave and following behind him, we entered into the darkness. Winding our way into the silent, rocky cave I found myself meandering slowly and enjoying the sounds round about. Most noticeably there was the sound of running water. At times, this could be a faint trickling in the distance and at times it was louder and nearer, such as when our path crossed a small underground stream. Whereas the cave had no doubt once made a superb home for wildlife, the only animals to be seen that day were bats. At times, some fluttered quite close to our heads as they made their way through the darkness in search of food. 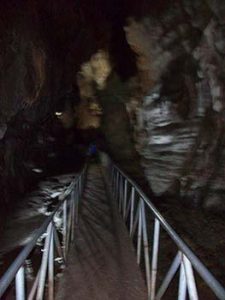 The path itself varied throughout the length of the cave. At times it was a metal bridge spanning a bed of rocks or a crack in the rocks. Other times it was a soft bed of dirt and dust, dust such as might have been trod on by the indigenous inhabitants of the region nearly 3,000 years before. Sometimes the path grew narrow, forcing us to stoop momentarily. A minute later, we might emerge into one of several rooms that were found in the cave. Several of these had ceilings so high one would have to squint to see it in the dim light cast by small electric bulbs placed throughout the cave. 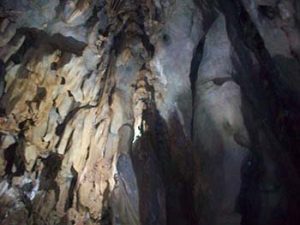 Perhaps the most important thing to be seen there were the stalactites and stalagmites. There appeared to be more of the former. These were large chunks of hardened lime that looked like snow, formed from hundreds if not thousands of years of dripping water. Some clung to the ceiling, others were partially attached to the rocky walls of the cave. Often, these were not entirely white, being tinged with yellow or a little bit of brown due to some other substance being in the water. Each one was like a well-shaped piece of art.

Eventually, we came to a ladder. The cave did not appear to go any further. Climbing up this ladder, we could peer into a tiny chamber. Bars prevented us from entering there and there was no other exit to it. The guide told us this had been a burial chamber but now it appeared to have been emptied by archaeologists. Following this, we slowly made our way outside the dark gray cave and back into the sunlight and noises of the lush green forest. Out amongst large trees shading the winding path, I felt at peace. With the cave to my rear and the river in front of me, all sense of hurry and belonging to an outside world not far away had vanished. With no sense of reluctance, I basked in the here and now.

A taxi ride from nearby Catacamas will cost you no more than $2 to $3. If you arrive at the right time, buses travel between Catacamas and Talgua and will no doubt charge an even lower fee than the taxis. While Hondurans pay only $1 to enter, Americans pay $20. The guide will also charge several dollars. In addition to the cave itself there is a small but interesting museum and visitor center with some artifacts or replicas of artifacts displayed that had been found in the cave. Between two and three hours should be allowed in order to see everything. It is open daily from 9 am to 5 pm. 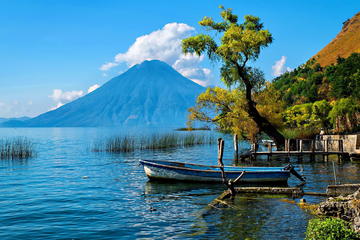 About the author:
James P. Hogan is an aspiring travel writer who lives in Vermont. He has worked at various professions over the years and in between has found time to do some traveling on three different continents. James is hoping to work more on the photography aspect of travel writing to better supplement his articles. You can read more about his adventures in Honduras at his blog at: vermonttraveler.wordpress.com/

All photographs by James P. Hogan