Iceland is a magical island surrounded by the most welcoming people, most astounding natural phenomena and breathtaking landscapes. Nestled close to the top of the Earth the country is a vast volcanic laboratory that “produces” the most incredible natural wonders; mudpots gloop, geysers, ice-covered volcanoes and superb geysers are attractions that define this heavenly place. Supercharged with fresh, crisp air, Iceland is packed with significant monuments that bring tribute to its tumultuous past.

The statue of Leifur Eiríksson is located outside Reykjavik’s most opulent churches, Hallgrímskirkja. It is an extremely important monument of the country. The edifice represents the Viking explorer who was the first European to have discovered America. The beautiful statue is a symbol of Iceland’s past, and it was donated to the nation by the United States Congress back in the 30s. In memory of Eiríksson and his finding of North America, Iceland’s Central Bank decided to issue a commemorative coin in 2000.

The location of the Leifur Eiríksson is close to Iceland’s prime sacred places, Hallgrímskirkja. Named after an Iceland clergyman and poet, the Lutheran church is positioned in the capital, Reykjavik. Beautifully designed and incredibly statuesque, the wholly place demanded 38 years to be completed. The construction started in 1945 and it ended decades later, in ‘86. Hallgrímskirkja is situated in the center of the city, so whenever you happen to be in Reykjavik make sure to check it out. The landmark is one of the most recognized in the city, as well as the most architectural. Travelers are also welcomed to use it as an observation tower. From the top, the view over the city is breathtaking!

Whether you’re in Iceland for business purposes or pleasure, you should make time to explore the National Museum. It is an extraordinary place that will help you learn more about the making of the nation, and its history. The museum offers a wealth of fascinating exhibitions; there’s also a permanent display that illustrates the country’s past in the most lavish way possible.

Travelers will find a lot of new information about the Viking settlements, but also about current developments and the current contemporary culture. With over 2,000 artifacts uncovered over the years and 12th century medieval engravings, Iceland’s National Museum cannot be overlooked.

One of the most recognizable natural formations on Iceland’s south coast is a massive rocky plateau with a colossal sea arch made of stone. The formation is located at Dyrhólaey, and it rises majestically from circling plain of Vik, right where Route 218 ends. The outcrop is an all-natural reserve that’s full of various bird species, including puffins. The archway can also be admired from Reynisfjara shore, one of Iceland’s most iconic black pebble beach locations.

The Great Geyser is a natural spot in Iceland positioned on the south western coast. It became active almost 10,000 years ago and it is a fabulous attraction to look at. The boiling water reaches over 70 m in the air, which is truly fascinating. The island’s geysers are a fundamental part of its past. They’re triggered by the surfacing water, which, upon reaching a boiling point spout with steam, thus transforming into a natural phenomenon worth admiring from up close.

Last but not least, there is Sólfar, one of Reykjavik’s most spectacular sculptures. It is located on a headland near Sæbraut, which is not far from the center of the main capital. The edifice has a very interesting story. It brings tribute to the sun and it is manufactured from stainless steel. According to the artist, Sólfar is an undiscovered land and a dreamy place of freedom, hope and progress.

Iceland is a wonderful travel destination, superb from all perspectives. The natural wonders, the cultural attractions, and ultimately the people, make it an ideal destination for a relaxing holiday. Know more about its extraordinary past and history by admiring its landmarks, and come meet its welcoming people! Its Viking-inspired edifices blend smoothly with the modern buildings, thus transforming the whole country into a multi-cultural place that will leave you speechless. 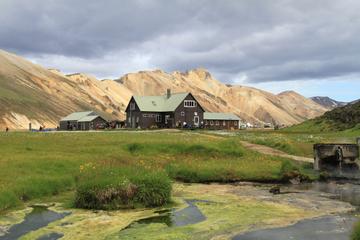 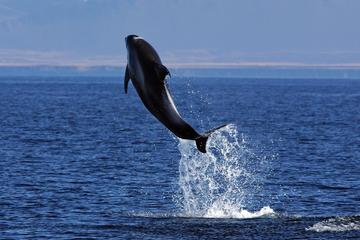 About the author:
William Taylor is a travelling freak who has travelled many destinations around the world. He also loves writing about his traveling experiences and the places he has explored. He writes for www.baltictravelcompany.com which is a specialist in Baltic holidays, Eastern Europe, Scandinavia and the Nordics.

Photo credit:
Hallgrímskirkja church and statue by joaosilvaferreira  via (CC BY 2.0)