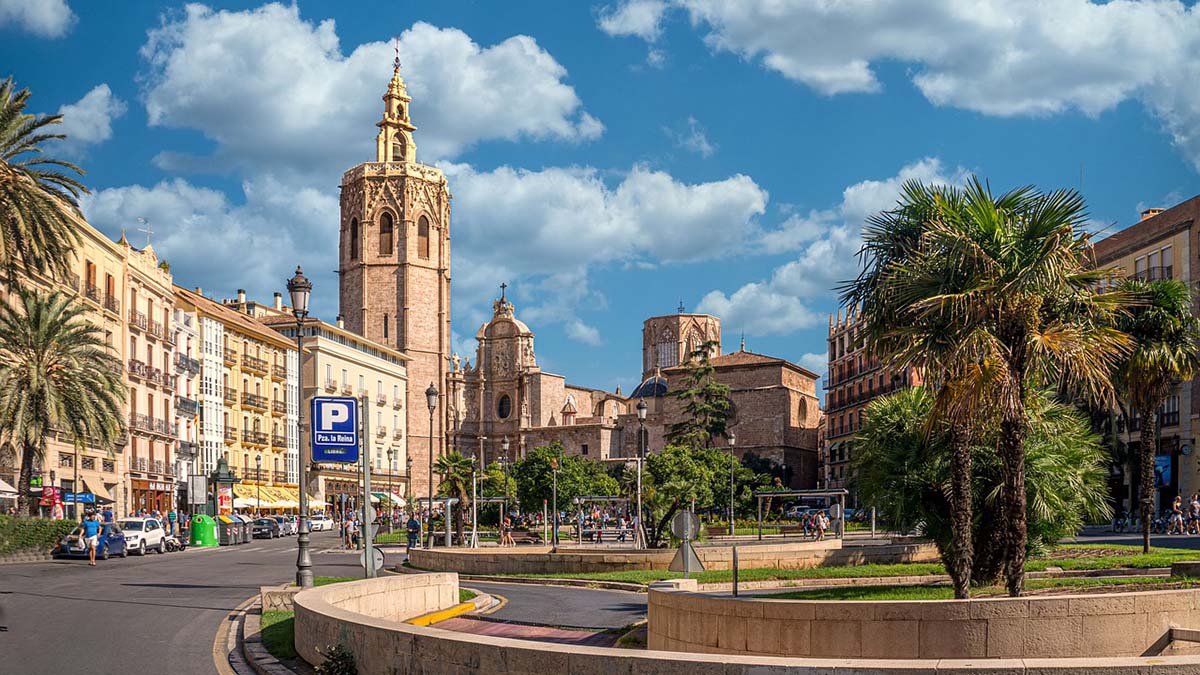 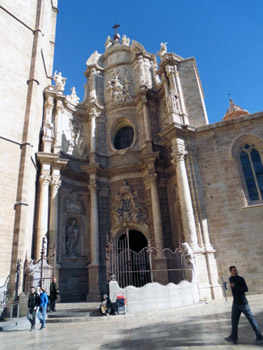 When, just over a week ago, I arrived in Valencia, Spain’s third largest city located on the Mediterranean and full of history, I did so, literally, with a bang. It’s the time of year when a spectacular festival, known as Las Falles, is celebrated, culminating on the 19th of March with a parade of gigantic ninots, papier-mâché effigies which are, at the end, burnt in a massive bonfire to chase winter out and welcome spring. Fireworks, crackers, you name it, anything which makes noise and has color will assault the senses.

What I didn’t know though, was that two week prior to the main event and at 1:30 in the afternoon, crackers and fireworks are already launched on a daily basis. So, when I stepped off the train at exactly this hour, a mere coincidence, I found myself engulfed in noise and smoke which could have been mistaken for a war scene. What a start to my trip to Valencia! But, my purpose wasn’t Las Falles, or the futuristic City of the Arts and Sciences built in the now dry bed of the river Turia, nor the many Gothic and baroque buildings or the interesting museums, no, my priority was to find the Holy Grail. 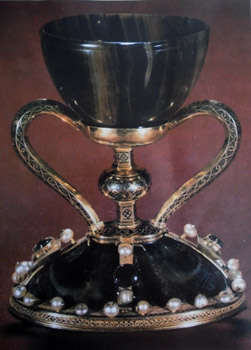 The story of the Holy Grail or chalice, which is the cup Jesus supposedly used during the Last Supper, has fired the imagination over centuries. Did it survive, where was it, is the story really true?

It was first mentioned in Perceval le Gallois, a medieval romantic poem by Chretien de Troyes, followed by more Arthurian literature, most famously Joseph of Arimathea by Robert de Boron. Joseph receives the grail from an apparition of Jesus, takes it to Great Britain and founds a dynasty of keepers of the grail which include Perceval. King Arthur and his knights are involved in the quest for the Holy Grail which at one time, supposedly also ended in the hands of the Knights Templar.

Another version has it, that the grail was taken to Rome by St. Peter and then, in the 13th century, to Spain by St. Lawrence. More literature, fiction as well as scientific books, followed. The grail and the quest for it, is a mayor them in paintings as well as in Tennyson’s 19th century Arthurian cycle. Not to mention movies and, yes, even a rock band. 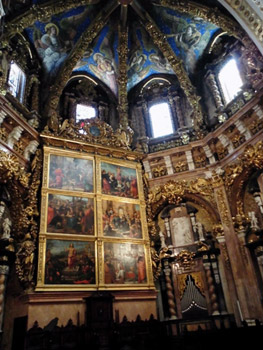 Given the many legends, it is not surprising that there are more than one chalice which lay claim to being the ‘real thing’. It will appear though that the chalice kept in the cathedral of Valencia has the most valid claim to authenticity. At least, it has been the official papal chalice for centuries, last used as such by Pope Benedict XVI in June 2006. It was given to the cathedral of Valencia by King Alfonso V of Aragon in 1436.

I have always been fascinated by medieval history and the many legends, mysteries and stories surrounding the Holy Grail certainly add a touch of romance to the times. Living at a distance of only two hours by train, I decided to go on my own personal chase of the chalice.

After my eyes and ears had cleared of the noise and smoke (it only lasts for 30 minutes), and after admiring the neo-classic train station with its colorful Valencia ceramics, I made my way to the cathedral. 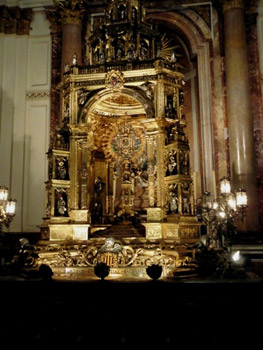 It’s very easy to get around Valencia’s historic center on foot, leading past several other landmarks like the Central Market and La Lonja de la Seda, the silk exchange. The cathedral was consecrated in 1238 and is basically a Gothic structure. Built over a former Visgothic cathedral which was turned into a mosque during the occupation by the Arabs, the cathedral also shows Romanesque, Renaissance, Baroque and Neo Classical elements. What first catches the eye is Miguelete, the octagonal bell tower which looms up near the main portal and can be climbed, offering a fabulous view over the city, port and river.

A richly decorated interior, particularly the blue and gold ceilings and many important paintings leaves art lovers mute in admiration. And then, on your right, in a chapel of its own, there it is: the Holy Grail. I was a bit disappointed, because you can’t really get close to see the cup. Not only is it kept in an illuminated glass show case, but it’s also roped off quite a distance away. Even so, remembering all the stories about the quest of finding the grail and then standing there, close to what many believe and archaeologists have confirmed to be the chalice used at the Last Supper, gave me a frisson. Experiencing history up close and personal always is a thrill.

I got my eyeful and, main purpose of my trip achieved, made my way up Miguelete and then on to the other marvels of Valencia architecture, art and history. 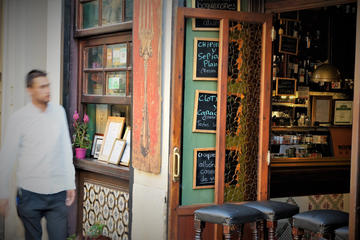 Valencia is a worthwhile destination at any time of the year, but during the Falles it gets very crowded and more expensive.

If you can manage to visit the cathedral at noon on a Thursday, you can witness a unique spectacle: El Tribunal de las Aguas, or water court. 12 farm workers sit near the main portal in judgment over all disputes over the distribution of water from the river Turia. Established in the Middle Ages, this tradition lives on to the present day, not as folklore but as a real court whose decisions are final and binding. 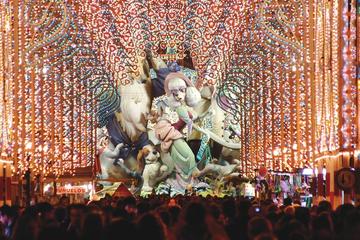 About the author:
Inka Piegsa-quischotte is an ex-attorney turned travel writer and novelist. She writes for online travel magazines and has two novels and a travel guide to Galicia/Spain published. She currently lives in Spain. Blog: www.glamourgrannytravels.com/