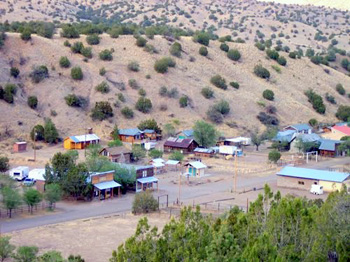 The store began serving the Chloride mining community in 1880. In 1923, it closed and was boarded up with everything inside. In 1988, when the boards came off, they found a building filled with bats and rats, 75 years of excrement, and underneath it all, the makings of the Pioneer Store Museum.

Chloride, NM was a silver mining town. Silver Chloride was the form of silver ore being mined, hence the town name.

James Dalglish, a Canadian, came to Chloride seeking a better climate for his ill health, arriving just as the Silver Boom was starting. He erected a building that was to be the Pioneer Store.

The building was constructed of hand-hewn Ponderosa Pine logs harvested from the mountains west of Chloride. The timber area is about eight miles west of present day Chloride and was the stronghold of Victorio, Chief of the Warm Springs Apaches. Dalglish probably had guards ready to fight Indians if they appeared. Several skirmishes had been fought there in preceding years.

His building was approximately 60 feet long and filled the entire lot width of 25 feet.

In 1880, the store opened. It stocked everything miners and their families needed. Merchandise included mining tools and equipment, ranch supplies, clothes for the entire family, and all manner of foodstuff. Records suggest the store also served as both a bank and a pawn shop. 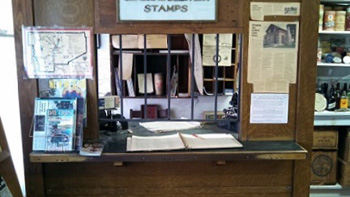 In 1881, the Postal Service installed a Post Office in the front of the store and Dalglish became Postmaster.

By 1882, Chloride had a weekly newspaper. “Black Range” was published from the second floor of the Pioneer Store until the late 1890s.

About this time, a deep recession gripped the nation. It started with the economic panic of 1893 and persisted into 1896, a presidential election year. Free silver versus the gold standard was the central economic issue in that election. “Gold Standard” candidate, William McKinley defeated “Free Silver” candidate William Jennings Bryan for the presidency.

Dalglish leased the store out for several years, and in 1908 sold it to the James Family who owned the U.S. Treasury Mining Company. They used the store as a commissary for their ranch and timber workers. 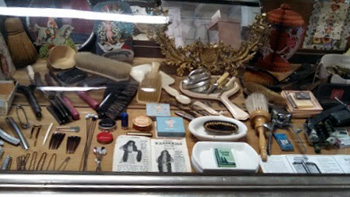 In 1923, they closed the store and sealed all the windows and doors with roofing tin and lumber with all furnishings, and merchandise still inside … and so it remained until 1988.

Enter Don and Dona (correctly spelled with one n) Edmund. Don worked for IBM installing computer systems for the military and the FAA. At this time, he was working at White Sands Missile Range. The Edmunds lived in Las Cruces and spent weekends in Chloride restoring a derelict house they had purchased.

One weekend, in the summer of 1978, they met Mr. Edward James, who had come from California to visit a relative in Chloride. Mr. James asked the Edmunds to join him in exploring the old store building. They entered through the back door by removing roofing tin and lumber and then taking out a bottom door panel. In his book, Don describes the sight they beheld inside this way: 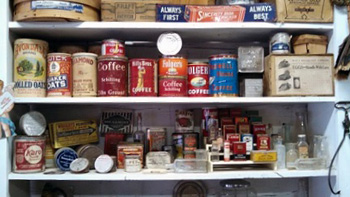 “All the furnishings and merchandise were just as they were when they closed the building in 1923, except that everything was covered with bat guano. It was about two inches deep on everything. There were thousands of bats in the building. Many were flying about as we had disturbed them, but many more still clung in clusters on every exposed ceiling joist.”

Don asked to buy the building to turn into a museum. He waited ten years for an answer. In summer of 1988, Edward James sold him the store building, all it’s contents, and the Monte Cristo Saloon building next door.

Bats left on their own as soon as the windows and doors were uncovered and daylight penetrated the building, but the rats had to be evicted. Traps and neighbor’s cats accomplished that task. 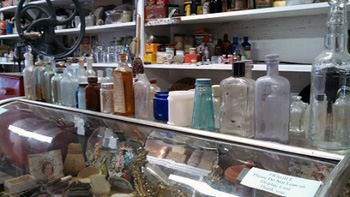 After three more years finishing up existing projects and wondering how to do it, the Edmunds began restoring the Pioneer Store.

Then another treasure, another opportunity, another task:

“When the building was closed in 1923, the town folks had gathered up what there was of the town records from 1880 to 1923 and stored them in boxes stacked near the front of the building. Over the years, the boxes weakened and tipped over scattering documents the full length of the center aisle. Those had to be picked up first. We found that the bat guano could be brushed off, and the papers could be saved, but where the rats had nested, the papers were so soiled that they had to be trashed. We wound up with around 35 boxes of old town records.”

First came a photography marathon – taking pictures of all the inside shelves and storage bins so that items could be returned to their proper place after cleaning. Then everything was removed, cleaned, and stored. Next, shelving, counters, and bins were taken out so the interior could be cleaned. 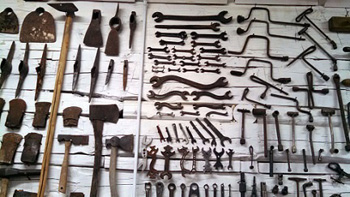 Nearly all the glass in the large front windows had been broken, and the building had acquired a decided lean to the right. They pushed the logs back into shape, rebuilt the window frames, and installed new glass.

The walls, originally whitewashed, were cleaned and painted with one thin coat of cheap paint to let the stains come through.

Once the floor was cleaned, they found several black stains at various places. Mr. James reminded them that the Black Range newspaper had been printed upstairs, and he believed that ink pots spilled upstairs had seeped through cracks to the downstairs. Checking the black stains on the second floor confirmed that, so they left the stains downstairs. 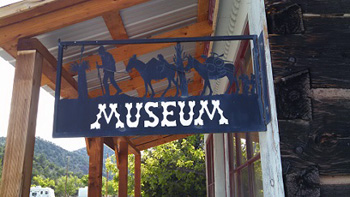 With the walls straightened up, cleaned, painted, windows replaced, and items of merchandise cleaned and refurbished, it was time to put everything back in place. As the pieces went back on the shelves, they recognized what a treasure this truly was, a real ‘old time Mercantile’ right there in Chloride.

Returning the tools to the shelves, quickly showed the tools would not display well laying flat, so they left the rear shelving out, and hung the tools on the walls for a better view.

In 1997, the pioneer store opened to the public as the Pioneer Store Museum. 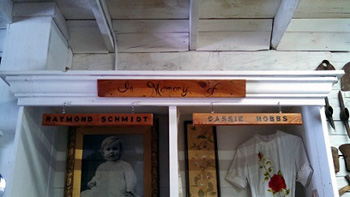 The museum is an accurate recollection of the store as it was at the turn of the 20th century, except that the tools are on walls instead of shelves and a small section has been set aside as a memorial to Cassie Hobbs and Raymond Schmidt. Cassie and Raymond were citizens of Chloride who … well, that’s another story.

Author’s Note: Everything I know about the Pioneer Store Museum I learned from Don Edmund – some from interviews, some from his unpublished book “THE STORIES THEY TOLD US: As told by the ‘Old Timers’ of Chloride.” With his permission, I quoted him, and I paraphrased many of his words, but the story is his and I thank him for it. 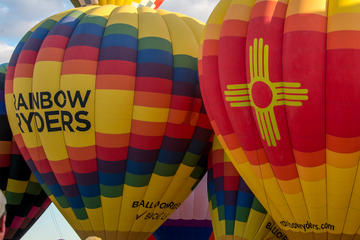 Directions:
– Leave I-25 at Exit 83 in Truth or Consequences, NM
– Travel north on Rt 181, then west on Rt 52 for 39 miles to Winston
– Turn left on Republic Rd and follow 4 miles to Chloride. Road ends in Chloride.

Time commitment:
– Allow 45 minutes for the trip from/to Truth or Consequences.
– Allow two hours for your guided visit to the Pioneer Store Museum and the Monte Cristo Saloon & Dance Hall Gift Shop & Gallery.
– Ask Don for a history tour of the town. That takes about an hour.
– Enjoy a meal or snack at the Chloride Bank Cafe.
– Outdoor enthusiasts can enjoy hiking trails in the adjacent Gila National Forest.

Food Service:
– Lunch and dinner is available in the Chloride Bank Cafe. (Thu – Sun)
– Many restaurants in Truth or Consequences.

About the author:
Bob Hazlett roams the US full-time in his RV, capturing his experiences and places in words and pictures. He maintains a travel blog and publishes articles in RV and Workamping related magazines and e-zines.

All photos by Bob Hazlett:
View of present day Chloride from the hill above town
Post Office occupied the front of the store
Store Display Case with original glass
Many of these brand names we still recognize today
A heaven for bottle collectors
Tools hung on the wall for better display
A local artisan created this piece of metal art work for Don Edmund
Schmidt & Hobbs Memorials hold a place of honor in the museum