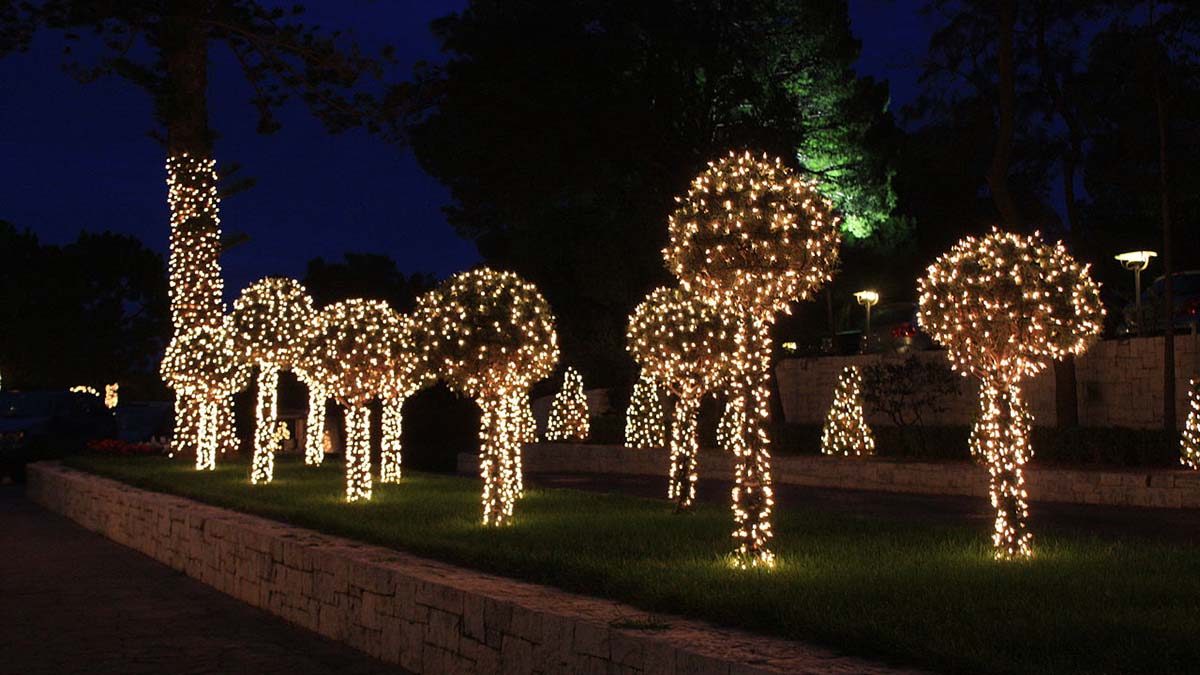 One of my most memorable Christmases was the first Christmas I spent in Athens, Greece in December 1982. It was my first Christmas away from my family and without Santa Claus. Christmas the traditional Greek way was very different than I was used to but I managed to find some decorations and tiny lights, bought a small bay-leaf tree and made myself a Christmas tree.

In the shops around Omonia and Kolonaki Squares there wasn’t a sign of Rudolph the Red Nosed Reindeer, Frosty the Snowman or Santa’s Helpers. On the streets the familiar bell-ringers with their red money pots for charity and the sound of recorded Noel carols were missing. Most of the window displays didn’t have festive decorations.

Up on busy Patission Street, the big Minion Dept. store had a mechanical children’s display, a few plastic Santas and some small ornamental trees with tiny coloured lights. There was a big Christmas tree decorated with lights and bright cardboard packages in Syntagma Square. Although some of the main streets were strung with little bulbs, there wasn’t a sign of Christmas tree lights twinkling from apartment windows. And on Christmas Eve, Santa wouldn’t find any stockings hung for him to fill. In Greece, except for those who have adopted the western customs of celebrating the Yule season, the traditions are different.

For most of the western world Christmas is the central festival of the year. In Greece, Easter is of greater importance. There may be pageantry and feasting at Christmas, but none of the pre-Christmas ‘hype’ that is experienced in the western world.

For those Greeks who observe the Orthodox festivals, a short lent The Fast of the Nativity, begins this season on Nov. 17 and ends on Christmas Eve. The Presentation of the Virgin Mary on Nov 31 is the most important feast day, especially for the Greek Orthodox Church in Jerusalem.

St. Nicholas isn’t the Greek Santa Claus; he is the patron saint of seamen. On Dec. 8 the little churches on the Greek Islands celebrate his day with the blessing of the ‘koliva’ a white dish made to honour the dead. This is taken on voyages to be thrown into the sea to calm stormy waters.

When the short lent, “Makree Sarakostis” ends on Christmas Eve, the Christmas bread, cakes and cookies are baked. Thee will be given to the children who come to sing the ‘kalanda’. These are the Greek carollers. Christopsomo, (hree-STOHP-soh-moh) means “Christ’s Bread,” and is a fixture in Greek Orthodox homes at Christmas. Except in homes where families celebrate western customs, the stockings are not hung on Christmas Eve. Gifts aren’t exchanged til New Years Day.

On Christmas morning, to the greeting of “Kala Hreestooyena: Merry Christmas” the family sits down to a traditional feast of delicious Greek foods and sweet. The most important feature of the day is the proportioning of the Christmas bread. 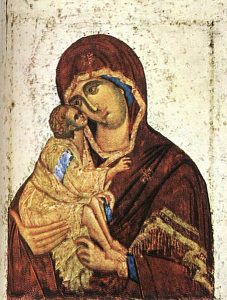 The real celebration begins on New Years Eve. It is a social evening when men play cards and gamble the night away, and children sing their carols, accompanied by the chiming of little silver triangles. Their favourite song is about Aghios Vassilis (St Basil). He will come, bringing paper and quill pens, because it is St. Basil who is the Santa Claus of Greece. St. Basil was one of the founders of the Greek Orthodox Church, famous as an educator and builder of hospitals and homes for the sick and friendless. The children singing about the benevolent Saint are rewarded with money and sweets.

On New Year’s Eve, as the bells chime in the new year, gifts are exchanged and glasses are clinked in the traditional toasts, a greeting common the world over: “Eftikhismenos oh Kaynooyio Kronios” – Happy New Year.

I was far away from my family and friends that Christmas in Greece, but it was a rich experience, one I will never forget.

Author’s Note: Today Christmas is a bit different in Greece than it was back when I spent my first Christmas away from home. Now almost everyone buys and decorates a Christmas tree, real or artificial. Greenery and branches were decorated in Greece around New Years as far back as antiquity. Sometimes little boats were decorated too. 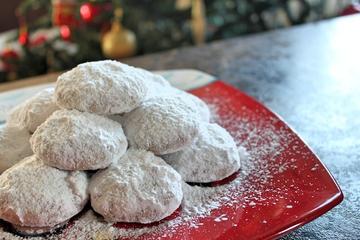 If You Go To Greece For Christmas:

Christmas Traditions and Customs in Greece

About the author:
Ruth Kozak spent her first Christmas away from her home in Canada when she went to live in Athens, Greece in 1983. It was an experience she’s never forgotten. She remembers especially missing her family at home and the traditional Canadian turkey dinner on Christmas Day. Ruth lived in Greece most of the ‘80’s but after that first Christmas she usually went home to Canada. For more of her travel stories and blogs see www.ruthkozak.com