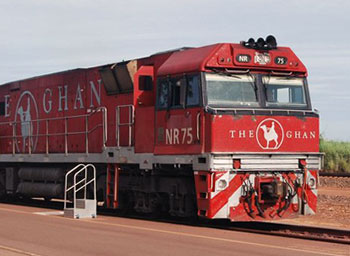 The history of the Australian railway system is indeed a complicated one. The railways came before the Commonwealth of Australia was established in 1901; before that time, the states were, in effect, separate countries. So, each one developed its own railway independently. And, each chose its own gauge of track. 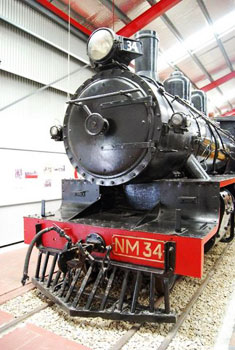 New South Wales used the British ‘standard gauge’ of 4’8″; in Victoria, they preferred the ‘Irish’ gauge of 5’3″, which was probably best for the distances involved, as it allowed for larger and more powerful locomotives. Queensland and Western Australia opted for the narrower, 3’6″ ‘country railway’ gauge, as they could use lighter, less expensive trains. And, South Australia, with borders to all, used all three!

But, what of the Northern Territory? Darwin, its capital wasn’t, until recently, connected by rail to any other system or city. But, they did have a railway; a light, 3’6″ gauge system which was intended to join up a Alice Springs with another line of the same gauge heading northward from Maree, in South Australia.

It was not to be, though. The North Australia Railway, as it was called, never got further than Birdum, about 300 miles south of Darwin. During the Second World War, the ‘Top End’ of Australia was regarded as of the utmost strategic importance, and the North Australia line mainly carried troops at this time. But, otherwise, trains carried iron ore and occasionally cattle, and the line closed in 1976. 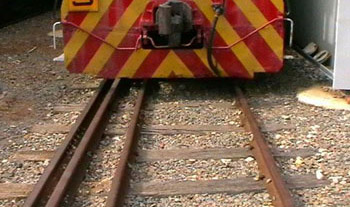 However, the line from the south did reach Alice Springs, and there it terminated. The first train to run along it was called the ‘Afghan Express’, after the Afghan camel wranglers who pioneered the route, and carried goods along it before the railways came. With usage, this became simply known as the ‘Ghan’.

All along, the line was plagued by troubles. It was erroneously believed that it never rained in the territory the train passed over, so they laid the track directly onto the ground, instead of laying a track bed. They soon realised the folly of this, for the train was often delayed, sometimes for days, or even weeks due to flooding, or the washing away of the ground under the track by the floodwaters. And, if it wasn’t the floods, it was the termites, who ate the wooden sleepers. 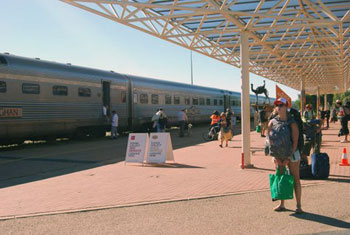 So, usually, the train rarely got above 17 mph, even in the best of conditions. The railway people like to tell the story of the young lady who approached the conductor, and asked when the train would get into Alice Springs, for she was heavily pregnant, and didn’t want to give birth on the train. 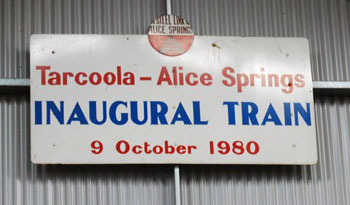 There were no direct trains from Adelaide. Owing to the three gauges in use at the time, intending passengers would travel to Port Pirie on a broad-gauge train; transfer to a standard gauge one to Maree, thence on to the narrow gauge Ghan. That situation was to change in 1980, when a new, standard gauge line came into use. This line was laid well to the west of the troublesome flood plain, and on concrete sleepers, so the termites wouldn’t eat them. The old line was abandoned, and all that remains is the name.

But, they weren’t content with the line terminating at Alice Springs. On 2nd February 2004, a train left ‘The Alice’ … heading north! The line to Darwin had been completed, finally joining it to the other Australian cities, and making the Ghan, at just under 3000 kilometres, the longest north-south train line in the world.

It’s by no means the quickest way to get between the two cities, but it’s probably the most comfortable, and certainly the most spectacular. 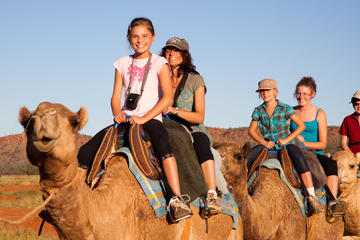