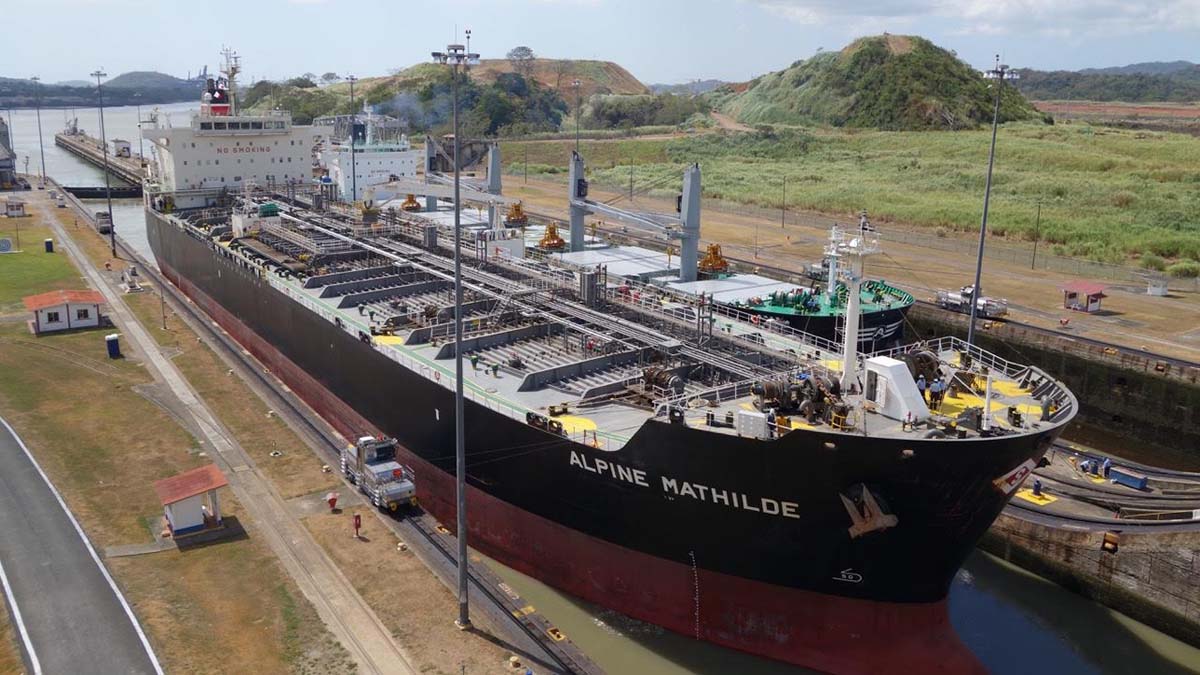 A Wonder of Our Modern World

Built in 1914 and listed as one of the seven wonders of the modern world by the American Society of Civil Engineers, the Panama Canal has long been a destination for curious visitors. Now that the $5.4 billion project to double the waterway’s capacity in order to accommodate even bigger ships as they transverse the 77-kilometers between the Pacific and the Caribbean Oceans is complete, a new era begins for intrepid travelers interested in experiencing this historic wonder of our modern world. 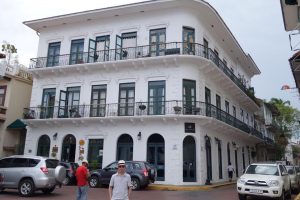 Panama is an easy country for North Americans to travel in. Panamanians are a warm and friendly bunch, the American dollar is used as currency and, while the official language is Spanish, English is common in the business and tourism sectors. Walking along the boulevards in downtown Panama City, you are surrounded by towering luxury hotels, nightclubs, casinos and shopping malls. You cannot help but marvel at the prosperity of this small country which aspires to be the jewel of Central America.

During an early morning cab ride to the Panama Canal’s Miraflores Visitor Centre, I felt an energy on the streets of the capital, Panama City. Everyone was jaywalking, causing my taxi driver to brake hard and swerve to avoid pedestrians. When I asked him why everyone was in such as rush, he replied, “Everyone is just late getting to work.” It seems Panamanians, while retaining some of their Latin American laissez faire, are a bustling and busy bunch.

There are many who believe that crossing the Panama Canal on a luxury cruise ship is the best way to see it. However, I’m of the opinion that to truly appreciate this remarkable feat of modern engineering you must visit the Miraflores Visitor Centre and the Canal Expansion Observation Centre in Colon, the Pacific entrance to the Canal located 43 kilometers north of the capital city.

The Miraflores Visitor Centre is situated directly in front of the first of the three sets of canal locks that raise and lower ships from the Pacific Ocean to Gatun Lake. Gatun Lake, which sits some 26 metres above sea level, is a man made lake formed by the building of the Gatun Dam to provide the locks with water. It allows vessels to travel the 24 kilometers across the Isthmus of Panama, the highest point of the Canal.

The four-story Visitor Centre has large observation decks on both the ground level and on the fourth floor that give you a drone’s eye view of the Canal locks operations. From the observation decks, you can watch as tugboats guide the ships to the entrance of the locks. The current Panamax class cargo ships have a tonnage of 52,500, a length of 289 meters and a beam of 32 meters. These ships only just fit into the locks with about 20 centimeters to spare on each side of the Canal walls. Their captains having relinquished control, the ships are then tethered to four small electric diesel locomotives – two on each side positioned at the bow and stern – nicknamed “mules”. Mules, followed by rail and now the Canal, were the first method of moving interoceanic cargo across Panama. Their use dates to Spanish Colonial times, over 500 years ago.

For over a century, the drivers of these locomotives have been responsible for controlling the movement of ships through the locks using voice commands. No modern technology such as GPS is used. It’s an extraordinary ballet performed on parallel rail tracks located along both sides of the lock. The locomotives pull the ships forward with their individual tether lines, maintaining full control of the vessels and keeping them from touching the canal walls. It’s impossible to grasp the complexity of this task while watching from on board a vessel; you need to see it for yourself from the Visitors Centre. 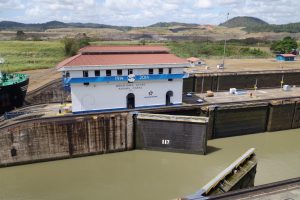 The Panama Canal locks are now over a century old and not a lot has changed over the years. What you experience at the Visitors Centre is very much the same as it was when the Canal first opened in 1914. The double wall gates to the locks are hydraulic driven and the water is gravity fed to fill the locks to raise the ships. The only difference is that the locomotives were powered by steam in the past, rather than electricity. The simplicity of the operation is remarkable, considering the high-tech age we live in today.

On the ground floor of the Miraflores Visitor Centre there is a large theatre that offers a 3D movie on the building of the Panama Canal. The film introduces you to Mr. Canales, a character that shares the history of the canal with viewers. Spanish and English versions are presented alternately each hour throughout the day.

Above the theatre, there are four large exhibition halls each focused on a different aspect of the Canal. The first of these is the History Hall which chronicles the challenges faced in building the Canal. Here you learn about the backbreaking work of building the Canal and the equipment used to move the tons of earth removed from the site during the early 1900s.

The second hall, the Hall of Water, covers the importance of water, environmental conservation and sustainability to the canal watershed and locks. After all, without water, the Canal would not exist. 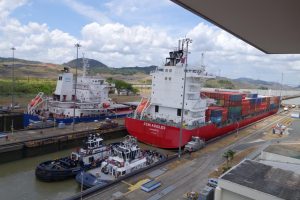 The Canal in Action hall demonstrates how the Canal operates using an interactive simulation that puts visitors on a virtual ship’s bridge. The exterior view video screens allow you to pilot your ship through Panama. A favorite with children, this simulation has you riding up the locks from the Pacific, sailing under the Bridge of the Americas and crossing the Canal to finally descend into Caribbean waters. Without a doubt, this will keep kids engaged during your visit.

Lastly, The Canal in the World hall explores the importance of the Canal to world trade. Here, you learn how many countries ship goods through the Canal as well as the types of cargo they ship. You learn about how China is the most frequent user of the Canal and that US Eastern seaports their final destination. The global perspective provided by this hall is a testament to the impact the Canal has had on world trade.

Included in the Visitor Centre is a sit-down restaurant and gift shop so be prepared to spend 3 hours minimum on site if you intend to get the most out of what’s on offer.

Afterwards, head to the new Gatun Lake Visitor Center which was built at the height of the treetops and provides panoramic views of the new locks and the expanded Canal. There you will find more exhibits, a theatre presentation in English, a gift shop and a café. Surrounding the facility is four hectares of rainforest complete with wild monkeys and sloths.

The Canal is operational 24 hours a day. However, with a transit time of 8 -10 hours, most ships enter before 10am. The best time to visit is early morning to see the ships enter from the Pacific Ocean or late afternoon to view eastbound vessels as they exit the Canal.

For centuries, cargo from the Orient and South America has crossed over the Panamanian isthmus and the newly expanded Canal represents the “can-do” drive of the 3.5 million people of Panama. This optimistic attitude has also contributed to a growing tourism industry which provides visitors rich Spanish Colonial history, Caribbean beach front resorts and endless summer weather. This is Central America’s must visit destination, offering culture, leisure and one of the world’s wonders of engineering. 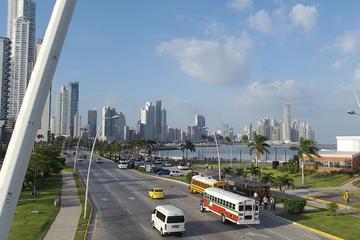 The Centres: Miraflores Visitor Centre is open everyday except Christmas Day. It is open from 9 AM to 4:30 PM and admission is US$15 for adults and US$10 for children. Admission to the Gatun Lake Visitors Centre is US$5. Children under 12 are free.

Transportation: Taxis from Panama City to Miraflores Visitor Centre are US$7 for locals. As a tourist, you will be asked to pay upwards of $20. Negotiate the fare before entering the cab. Bargain and stand firm at US$10 which is a fair price.

Accommodations: There are plenty of luxury hotels and resorts in and around Panama City. I recommend the smaller boutique hotels located in the old Spanish historic district of Casco Viejo.

About the author:
Edward Quan is a luxury fashion and travel writer who delivers exceptional stories from the style capitals of the world. Be it art, music, cinema or architecture, he explores the influences on personal style while traveling well and covers the best in luxury hotels and resorts, fine food and wine and of course shopping.

All photos by Lui Ming Quan:
Large cargo ships traveling east bound at the Miraflores Visitor Centre, Panama Canal
Old Spanish historical district of Casco Viejo is where you will find smaller boutique hotels during your visit in Panama City
Miraflores Locks at the Panama Canal is where you can watch ships be raised and lowered from Pacific Ocean to Gatun Lake
From the observation deck of the Miraflores Visitor Centre, you can view Panama class cargo ships pass through the locks