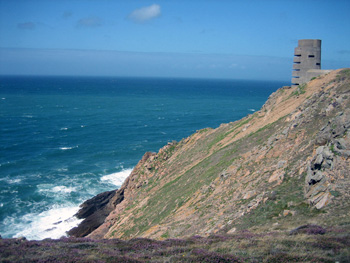 The seagulls circle above the cliff, their cawing muffled by the wind. That same wind that irritates my eyes and makes us to walk slightly bent forward at some stretches of the coastal path at Les Landes headland. Down below, the Pinnacle Rock and the remains of prehistoric settlements are clearly visible. To the untrained eye like mine, it looks like a bunch of rocks thrown haphazardly. I’m glad I brought my guide book so I could tell what is what. It’s not the first time I’ve encountered traces of the Neolithic man in Jersey but it still fascinates me to think that all those millennia ago people were living here, going about their business like us do today. 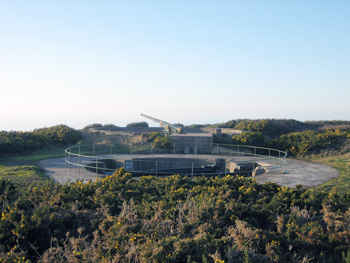 On top of the cliff, the concrete observation tower built during the German occupation of the Channel Islands stands at attention and fixes its martial gaze into the distance. Below, at the bottom of the cliff, covered by the high tide, is the graveyard of the guns. These are heavy artillery weapons captured by the Germans during World War II and thrown over the cliff by British forces after the liberation of the islands. This is within living memory. There are still people who remember those terrible times.

The German occupation has left indelible scars on the landscape, like hideous observation towers or gun emplacements, and in the history of the islands. I’ve seen many plaques and memorials marking events from that time scattered around Jersey. Especially poignant were those that marked spots from where groups of youngsters tried to flee the island and go across to Britain in row boats and were either captured and imprisoned or drowned.

Germany’s capture of the Channel Islands (Jersey, Guernsey, Alderney, Herm and Sark) in 1940 not only had strategic importance for Hitler’s plans; it was an emotional triumph for him in that he had finally invaded a portion of his enemy Britain. The islands became thus part of the Atlantic Wall, the line of coastal defence stretching from Norway to the Pyrenees. 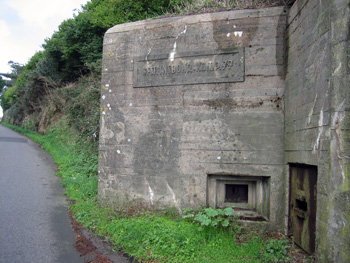 Manpower was needed in order to build trenches, anti-tank walls, bunkers, gun emplacements, observation towers and tunnels. The Organisation Todt was in charge of providing workers. Its primary source were prisoners of war in mainland Europe, political prisoners and even men rounded up on the Continent. These poor men were treated worse than slaves. The Russians bore the brunt of Nazi cruelty as they were considered sub-humans. Many tried to escape the labour camps in search of food and some locals, running enormous risks, gave them food and shelter.

One of the structures that these slave workers built is he Jersey War Tunnels, which are part of a planned network of defensive tunnels also known as Höhlgangsanlage 8 (Ho8), the Underground Hospital. The Germans never used it or even have time to finish the tunnels before the end of the war. The liberation of the Channel Islands took place two days after the unconditional surrender of the German High Command on 7 May, 1945. The underground hospital is now a museum showing what life during the Occupation was like. Harsh, for sure. 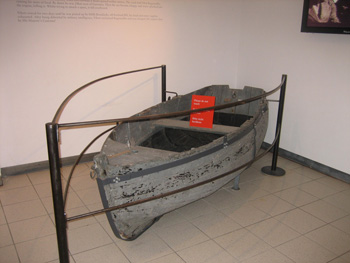 Visitors can see the original operating theatre, the boiler room and telephone exchange. There also other exhibits, like the clandestine crystal radios people used to listen to news from the outside world at the risk of imprisonment or even death. There’s even an Enigma machine on display, which reminded me of World War II movies and made me smile.

When we visited the Jersey War Tunnels, I learned that among those slave workers were Spanish Republicans. My guess is that they were transported from the concentration camps on the coast of occupied France where they had been sent after the end of the Spanish Civil War. The Republicans, a mix of anarchists, Marxists, moderate socialists and communists supported by the Soviet Union and International Brigades had lost the bloody civil war against the Nationalist forces of General Franco in 1939 and had been harshly punished thus. 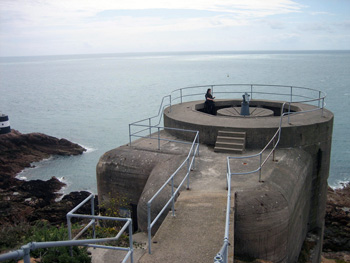 It occurred to me that my own grandfather could have been among those labourers in Jersey had he not been rescued by the Argentinean government just in the nick of time. He was in the concentration camp at Argelès-Sur-Mer, close to the Spanish border. He is an Argentinean national but he was living in Spain when the war broke out and since his parents were Spanish, he was considered a Spaniard and recruited by the Republican side without further ado.

At one point during our visit, I was overcome by angst and despair and my chest felt tight, I needed to get out and breathe. It could have been the fact that I was underground in what felt like a tomb, and probably was for some, and made me feel claustrophobic. Or it could have been that I was feeling the angst and despair labours felt then and still linger in the tunnels.

About the author:
Ana Astri-O’Reilly is originally from Argentina and now lives in Texas. She worked as a translator and foreign language instructor in her native Buenos Aires. Now she is a contributing editor at PocketCultures.com and writes about travel on the blog Ana Travels anatravels.com She speaks fluent Spanish, English and some Portuguese.

All photos by Ana Astri-O’Reilly:
Observation tower at Les Landes
Battery Moltke, St. Ouen Parish
Bunker in St, Ouen Parish
The boat in which a young Jerseyman managed to row to Britain on display at the Jersey War Tunnels
A view of the naval coastal artillery battery Lothringen command bunker (Leitstand) Noirmont