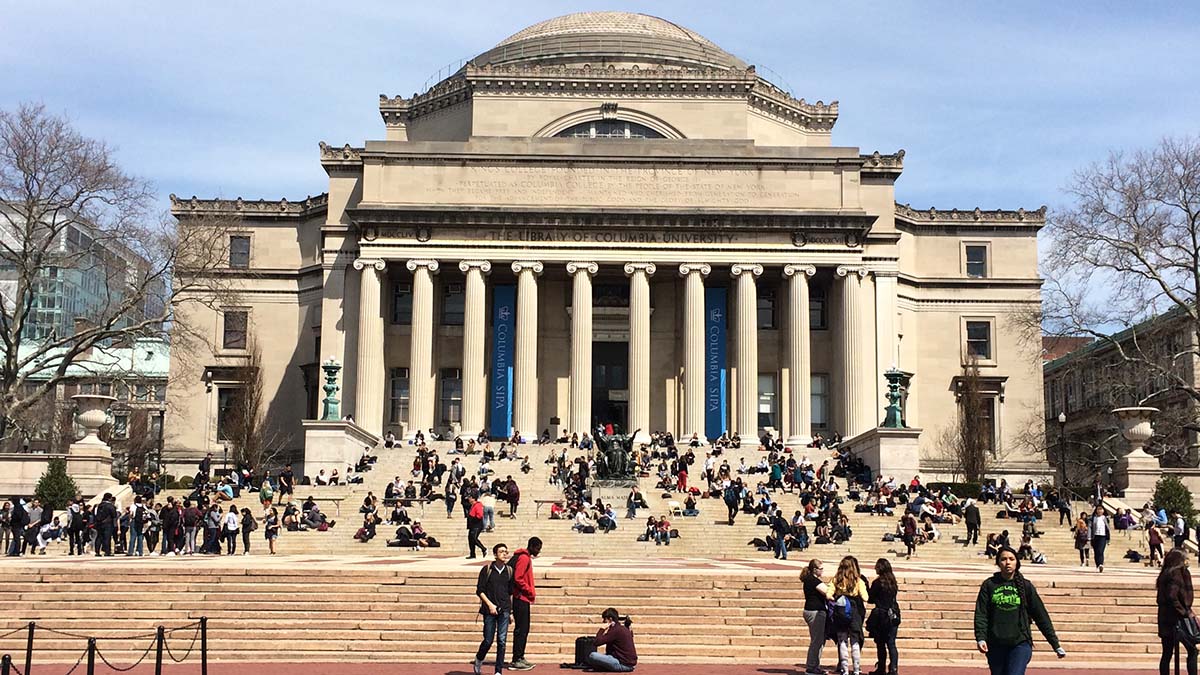 A Different Look at a Well-known City

When we ask anyone about New York City, invariably the phrase that instantly comes to most people’s mind is that it is a city that is perpetually in motion. “The city that never sleeps,” is the expression used consistently. Tourists flock to see the major attractions such as the Statue of Liberty, Empire State Building, the famous museums, 9/11 Memorial, Central Park and of course, Times Square. 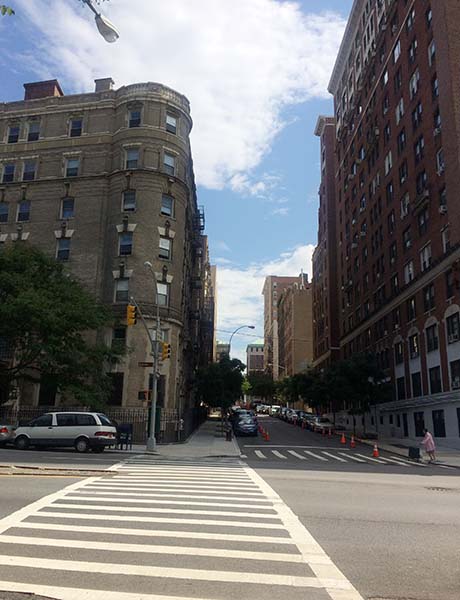 But then, just a few miles north of the bustling clamor of Times Square, one can enter a very different world of relative quietness and calm. This is the neighborhood known as Morningside Heights, home to several excellent educational institutions and also a few other points of interest. The area begins from 110th Street in the south, ends at 125th Street to the north and is bookended by the Riverside and Morningside parks.

Though it is now frequented by some New York bus tours, the neighborhood is moderately free of tourists. If one has a couple of extra hours available, one can take this wonderful side trip if one wants to experience a different portrait of New York.

The best place to start would be at the campus of Columbia University, ensconced between Broadway and Amsterdam Avenue, the only Ivy League institution to be located in a major city. The university founded as King’s College in 1754 at the behest of King George II of England is the oldest higher education institution in New York State. Starting in a schoolhouse in Trinity Church in Lower Manhattan, the university moved to its present campus on Broadway and 116th Street in 1897. Although there are many gates to enter into the campus, I entered through the main wrought iron gates located on Broadway at 116th Street, immediately outside the subway stop and instantly felt myself transported as if to a college town. I was now on College Walk, the promenade that visually splits the campus into two halves. To my left was Low Memorial Library and to my right was Butler Library, the main library of the university. Low Library, built in the Roman Classical style is well known as the venue for the bestowal of the Pulitzer Prize, the foremost award in journalism and arts. The broad set of steps with the imposing Alma Mater bronze statue in the center that descend from the Low library was filled with students relaxing or studying.

About 23,000 students descend on the college grounds to attend classes on school days. I climbed up the steps to take a walk through the main areas of the campus, passing by the various department buildings. The campus is home to many outdoor sculptures such as Rodin’s The Thinker, Henry Moore’s Reclining Figure and Three-way piece: Points and what turned out to be my favorite, Tight Rope Walker by the Dutch sculptor Kees Verkade located on the bridge above Amsterdam Avenue on the way to Columbia Law School. Of course, I could not miss the massive sculpture “Bellerophon taming Pegasus” at the entrance to the Law School. About five stories high, it is one of the largest in New York City and was sculpted by Jacques Lipchitz.

Finishing up at the campus, I walked a few streets up to 120th Street to see Riverside Church and Grant’s Tomb located close to each other. The imposing spires of Riverside Church is visible from a distance and I found out that it reflects the 13th century Gothic Cathedral in Chartres, France. The nave has a labyrinth design inspired by the one in the Chartres Cathedral. The church can seat close to two thousand worshipers and is well known for the largest tuned Carillon bell in the world. Historically the church is famous for the “Beyond Vietnam” speech given here by Rev. Dr. Martin Luther King Jr. in 1967. Nelson Mandela, the Nobel Laureate and former President of South Africa, spoke twice from the pulpit here, first in 1990, barely four months after his release from prison and then again in 2005.

On the way to Riverside Church, one can see the magnificent red buildings of Teachers College, and the small, elegant campus of Barnard College, two other major educational institutions in the neighborhood. At Manhattan School of Music, which began as the Institute of Musical Art, the antecedent to the world famous Juilliard School, opposite Riverside Church on Claremont Avenue, one can even take in a musical performance in one of its many halls and performance spaces. 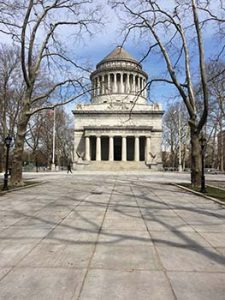 Across the street from the church on Riverside Drive is Grant’s Tomb, the second largest mausoleum monument in North America. A stark and austere granite and marble tomb, surrounded by a tree lined plaza, it is the final resting place of Ulysses S. Grant, the 18th President of the US and the Commander of the Union Army during the Civil War and his wife, Julia. It was designed by the architect John H. Duncan in the Roman Revival style and was completed in 1897.

Cathedral of Saint John the Divine at 110th street and Amsterdam Avenue can be another stop on this trip. At 125 years old and considered as the largest cathedral in the world, it is built in a mix of Romanesque, Byzantine and Gothic Revival style and is actually still unfinished. The extensive grounds of the cathedral are also open to the public and one can spend some tranquil moments in the Biblical garden or at the Peace Fountain, a startling piece of public art that is a peculiar mix of science and religion and denotes the eternal theme of good overcoming evil. On the sunny day that I visited, the benches were full and people surrounded the fountain, taking pictures at various angles. Always on the lookout for an Indian connection, I was heartened to see a little bronze plaque with the words of Mahatma Gandhi. 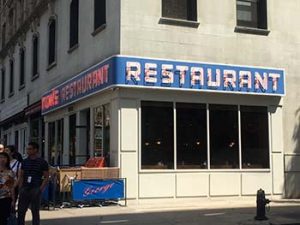 Coming back to Broadway, lined with a variety of stores, restaurants and cafes, you can stop by at Tom’s Restaurant, a fixture of the neighborhood since the 1940s made famous in the song “Tom’s Diner” by Suzanne Vega and for being the location of Monk’s Diner, familiar to all viewers of “Seinfeld,” the hit American sitcom from the 1990s.

I finished off my tour by taking a walk through Riverside Park, a lengthy sweep of green filled with trees, pretty gardens and long, winding asphalt paths that extends over four miles from 72nd street to 158th street with parts of it right along the Hudson River. In the Morningside Heights area, which is situated at a higher elevation, I could see the river from the lookout areas in the park. The sun was setting and I strolled through the park, watching joggers, moms with strollers, people walking their dogs or just sitting on the many benches enjoying nature in the midst of the busiest city in the world.

From Times Square: 20 minutes by subway to 116th Street station (Columbia University) on the Uptown 1 train.

The Cathedral Church of St. John the Divine

About the author:
Susmita Sengupta is a freelance writer who loves to travel. She and her family have traveled to various parts of the USA, Canada, Europe, the Caribbean, Middle East, Southeast Asia and India.