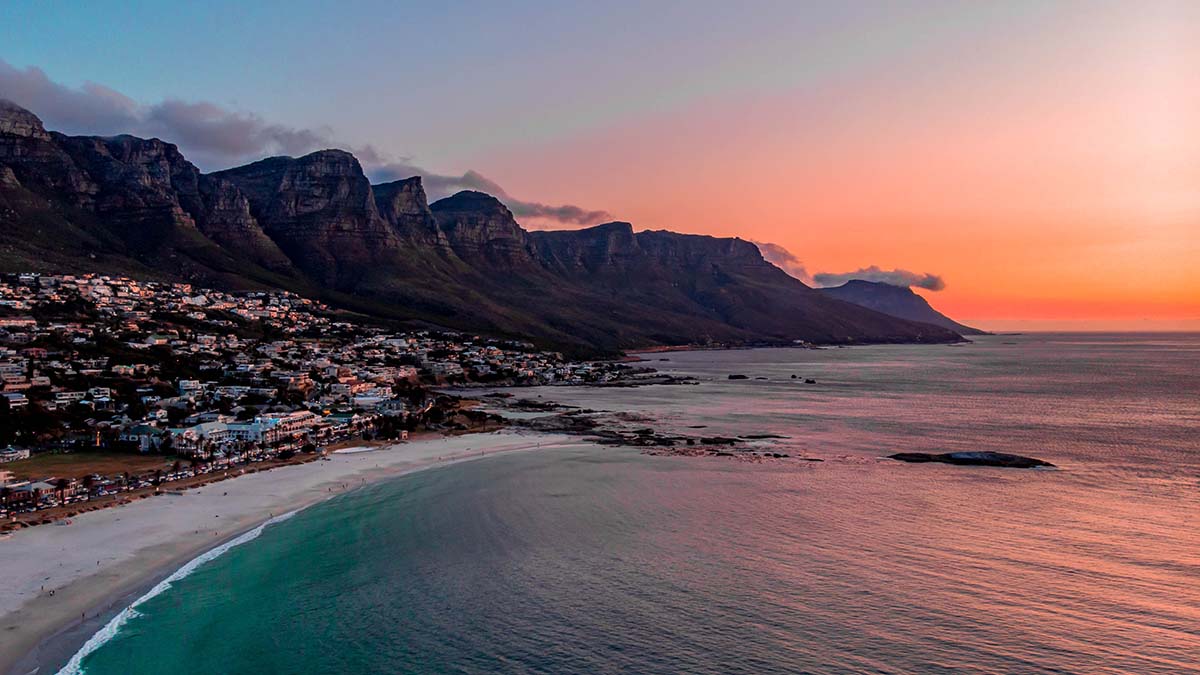 Ask any South African which is the most beautiful city in South Africa and the answer will invariably be “Cape Town “– and with good reason. This is the city where I lived for some years and when I visit it again, I realise just how much I have missed its vibrancy. Lying beneath the shadow of the iconic Table Mountain, the city sweeps down to the Atlantic Ocean. The city has, in its four-hundred year-old history, been known by many names, including “the Fairest Cape in the entire circumference of the earth”; the “Cape of Storms”, the “Cape of Good Hope” and to many embattled and weary sailors, it was known as the “Tavern of the Seas.” To South Africans, however, Cape Town is affectionately referred to as the “Mother City” and it is the city which ex-pats dream about and return to, again and again.

The founding of the city

Cape Town was founded as a supply station in 1652, by the Dutch East India Company, under the command of Jan van Riebeeck. The company erected a fort, planted vegetable gardens, employed the indigenous people and imported Muslim slaves from Java (whose descendants are known as Cape Malays), as well as slaves from Madagascar. In time, more Dutch citizens settled in the area and soon the tiny settlement grew into a town.

In 1688, the French Huguenots, fleeing from religious persecution in France, settled in the hinterland and soon German settlers followed. In 1795 and again in 1806, the Cape came under British rule.

This brief outline of the city’s history serves to show the different nationalities, races and creeds which have populated the Cape and which, over years of integration, have contributed to Cape Town’s present varied and vibrant culture.

What to see in the city centre 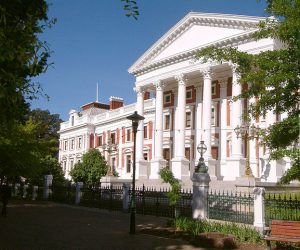 Cape Town, as the Mother City, is South Africa’s seat of parliament and the impressive Houses of Parliament are situated in Government Avenue. This oak tree-lined walkway was originally part of the Dutch East India Company’s Market Gardens and several notable buildings now line its tranquil path; these include the South African Planetarium and Museum, the South African Library, the Great Synagogue and Jewish Museum and the South African National Gallery.

The Castle: The Castle was built in 1666 and was both the Dutch East India Company’s governor’s residence and a fortress, and is still a working barracks today. The Castle is pentagonal in shape and the five points were named after the main titles of Wilhelm, Prince of Orange. The Castle’s thick stone walls now house three fine museums. 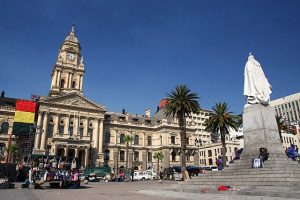 The Grand Parade: Originally a military parade ground, the Grand Parade is now the city’s oldest market place. Markets are held every Wednesday and Saturday mornings and just about everything and anything is sold here, including fruit, flowers, vegetables, fast food and traditional Cape Malay delicacies.

Green Market Square: This pleasant cobbled square is one of Cape Town’s great tourist attractions. It began in 1710 as a farmers’ market but now the square is a hive of daily activity, with hundreds of stalls selling traditional crafts, curios, clothing, books and jewellery. To rest their weary feet, tourists can refresh themselves at the many cafes and eateries and watch the passing parade go by.

District Six Museum: This small but poignant museum is dedicated to the recording of the daily lives of the people of District Six, who were forcefully removed from their homes in the 1960s and 70s. District Six was an area lying to the east of the Castle, where, for decades, people of all races, colours and nationalities had lived in harmony. In 1966, when the area was declared a “Whites only” area, under the Group Areas Act, some 150,000 people were relocated to the Cape Flats and other desolate areas several miles away from the city centre.

Church Street: This is a pedestrian mall, lined with old Victorian buildings whose wrought-iron balconies shade the sidewalks packed with antique bric-a-brac. Many a bargain can be picked up, after some clever haggling.

Long Street: This 300 year-old street showcases buildings which are a hotch-potch of architectural styles – Victorian, Art Nouveau, Georgian and Cape Malay styles, all rub shoulders with each other. These delightful old edifices accommodate pubs and book shops, as well as the famous Long Street Baths, comprising a swimming pool, steam rooms and Turkish baths.

Wale Street: Here one finds St George’s Mall, a pedestrian area lined with shops and bistros, where buskers, musicians, traditional dancers and vendors all ply their various talents. The Stuffaford’s Town Square is a shopper’s paradise, with modern retail stores comparable to any of those found in Europe’s fashionable capitals. At the top of the Mall, is St George’s Anglican Cathedral, a Gothic masterpiece, designed by Sir Herbert Baker in 1897.

Adderley Street: Adderley Street is Cape Town’s main street and CBD. The street has a fine statue of Vasco da Gama who sailed past the Cape peninsula on his way to India in 1488. 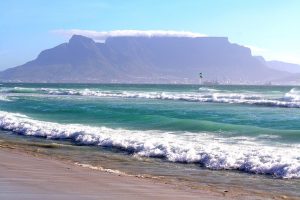 A visit to Cape Town would not be complete without a visit to Table Mountain. This landmark is 1082 metres high and from the central plateau (the table top) fantastic views extend for miles in all directions. The mountain top can be reached by walking, climbing or by cable car – the cable car, however, does not operate in inclement weather.

The Victoria and Albert Waterfront

The Victoria and Albert Waterfront is a series of converted warehouses which comprise cinemas, restaurants, upmarket shopping stores and all-night bars and party venues. There is also an amphitheatre which hosts a variety of popular entertainers.

The Pier Head area contains the Victoria museum ship – a replica of an old-time sailing vessel; for children, the Market Square has a traditional carousel and from the Waterfront, one can also take a pleasure cruise around Table Bay.

A 45 minute sea-trip takes one to Robben Island, where political prisoners were held, the most famous of whom was Nelson Mandela, who spent 28 years on the island. Tours are available round the island where Mandela’s prison cell, the lime quarries, the lighthouse, the WWII bunkers and the Garrison church can be visited. The island is a national heritage site and much is being done to protect its natural flora and fauna.

Rhodes Memorial: Cecil John Rhodes was a key figure in South Africa in the late 19th century – his elaborate, colonnaded memorial is set on the slopes of Table Mountain.

Kirstenbosch: The National Botanical Gardens at Kirstenbosch are known throughout the world for their incredible variety of plants. Several trails through the gardens lead up the slopes of Table Mountain and during summer months, open-air recitals are held amidst the colourful plants and well-tended lawns.

Cape Town has a plethora of beaches which stretch right round the peninsula. The most popular ones nearest to the city are the trendy beaches on the Atlantic seaboard side. These are:

Sea Point, with its promenade and several tidal pools, including a mens-only nudist pool.

Clifton Beach and Bantry Bay Beaches – two glamourous beaches overlooked by Cape Town’s two most desirable residential areas, built on the steep mountain side. This piece of coastline, with its exceptional and expensive real estate, is known as millionaire’s mile.

Pubs, bars and nightclubs, catering for all tastes, are plentiful and scattered throughout the city and its surrounds. There are British and Irish pubs as well as the local shebeens.

Cape Town has four theatres which regularly put on a variety of productions. All types of music tastes are catered for – classical, jazz, traditional and rock. Concerts are well-attended and one is well-advised to book.

Cape Town is famous for its seafood and the best seafood restaurants are located along the beachfront and at the Waterfront, where traditional Cape Malay and African dishes can also be experienced.

Several upmarket restaurants in the city centre pride themselves on their fine dining menus. There are also numerous popular fast food, chain and franchise outlets, as well as Chinese, Italian and other national-type eateries to choose from.

Some of the most popular yearly events are:

The Two Oceans Marathon: The marathon race round the peninsula which attracts athletes from all over the world.

The Cape Argus Cycle Tour: A gruelling cycle race round the peninsula.

The Rothman’s Week Yacht Race: A week-long yacht race round Table Bay, with yachts from all over the world competing.

The Cape Town International Jazz Festival: This is the largest jazz festival in Africa and last year it attracted a crowd of some 34,000 concert-goers. The jazz festival is renowned throughout the world and many of the most famous jazz artists have showcased their talents here.

Cape Town has so much to offer – beautiful scenery, pristine beaches, fine food and wines, interesting events – but most of all, it is its colourful and varied population which gives the city its vibrant and interesting culture.

It is hardly surprising, therefore, that Cape Town was voted the best tourist destination in 2014, both by Britain’s “The Guardian” newspaper and America’s “The New York Times.” 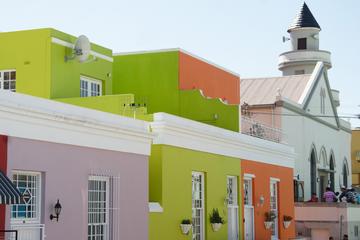 ♦ There are local and international flights daily to and from Cape Town. The city is also an important port of call for many of the cruise ships plying the Indian Ocean route. Car hire is available from the airport and harbour terminal.

♦ Getting around the city: The city is best explored on foot. There are guided walking tours but a good map is all that one really needs. There is a good central bus service and numerous taxis and car hire firms. An excellent train service runs to all the suburban stations.

♦ Be prepared to walk –take suntan lotion with you, as the sun can be quite fierce. Don’t forget to take your camera – Cape Town is one of the most photogenic places in the world!

♦ The best time to visit is from November to April, which are Cape Town’s summer months and the height of the tourist season. Winter months (May – October) are often very wet and cold.

♦ Accommodation is available to suit all pockets. The city centre can be expensive, but the nearby suburbs offer reasonable rates. 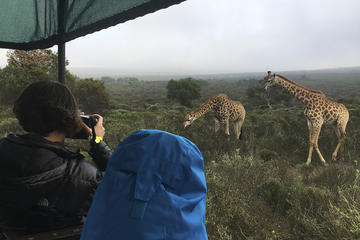 About the author:
Lynn is a retired librarian who lives in Durban, South Africa. She lived in London for some time many years ago and has returned to visit several times in the past few years. Her last visits overseas were to Eastern Europe where she fell in love with Prague and Budapest. When not travelling, Lynn enjoys writing articles for the internet and does freelance editing and proof-reading. She is a keen gardener and shares her home with her six beloved cats.