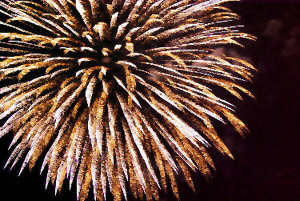 Fireworks illuminate the faces of Americans and locals as glasses are raised and toasts are made to another peaceful year on Okinawa, Japan. While the Americans’ New Years celebration is coming to an end, the Okinawans will continue on through the night until the first sunrise of the new year. Many eat the customary first bowl of soba and some walk to nearby shrines to read fortunes and pray for a prosperous year. No matter what traditions are being held, many Okinawans use this holiday as another opportunity to spend time with friends and celebrate life. However, the 1st of January is not the traditional Ryukyuan New Year. Instead, they use the Lunar Calendar, which is a system introduced from China that follows the cycles of the moon. The Lunar New Year, as followed by the Chinese, begins with the first day of the new moon, varying from year to year and generally tending to fall somewhere between January 21st and February 20th according to Western calendars. 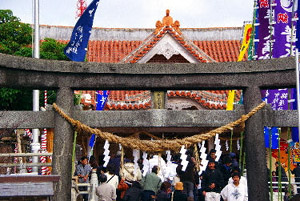 Long before Okinawa became the southernmost prefecture of Japan, it was the ancient kingdom of the Ryukyus with a strong cultural identity that still stands proud today. In the 1300s, relations between the Ryukyu Kingdom and China were very strong. In fact, in an attempt to learn from the great nation to the West, Ryukyuan students were sent to study in China while the Chinese Emperor sent technical and cultural advisors to help develop the Ryukyu Kingdom. Traits of Chinese culture were molded into the developing Ryukyuan culture. One of these many traits, was the Lunar Calendar. Not long after its introduction, traditional Ryukyuan festivals were based according to the phases of the moon.

Hundreds of years later, the Japanese descendants of the Satsuma clan, Shimazu Tadatsune, with the support of the Tokugawa Shogunate, assumed power over the Ryukyu Kingdom. As the Ryukyu Kingdom became part of Japan, certain cultural practices and traditions were restricted. One of many things to be banned was the Lunar Calendar and especially the Lunar New Year, as this was seen as a Chinese celebration and therefore anti-national. Despite the attempt to expel the Lunar Calendar from Okinawan culture, after hundreds of years’ practice, it has become an inseparable part of their culture. Even though recent years have seen less and less people celebrate the Lunar New Year in favor of the more modern Western New Year on January 1st, certain traditions are still followed. 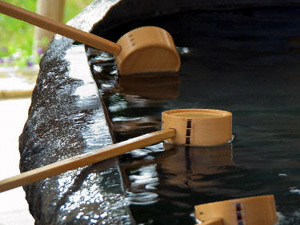 Okinawa is a place where past and present blend through the practice of ancient traditions, especially during the cycle of the lunar new year. It all begins on New Year’s Eve, or Toushinuyuru. One traditional tool of Toushinuyuru is garlic, which is believed to banish evil spirits. The use of garlic varies based on the village. For example, in Nakagusuku, families take the garlic roots to family shrines and offer it to their ancestors, while in Tamagusuku villagers can be seen hanging the garlic on their ears when leaving the house. In Itoman, many families will chop the garlic up and place small piles in the dining room to prevent epidemics. Wakamiji, the name given to the first water drawn from the well in the new year, is often made into tea and offered to the ancestors. This water can also be used to cleans the body and on some islands, is believed to help rejuvenate the spirit and restore youth. On the morning of the New Year, known as Shogatsu, or Sougwachi, Priestesses of the district will hold the first rite of the year.

During the days of the old kingdom, the people would practice ancestor veneration, and held the elderly in high esteem and respect. Despite the integration of new religions to the culture, this trait is still practiced today. For example, the tradition of the sons of the family paying respects to the elders and offering holiday greetings. When visiting, incense is burned at the family alters and a cup of awamori, a type of Okinawan sake, is accepted in celebration of the new year as they pray for good luck. In some areas, such as the southern city of Naha, these same elders will sometimes offer slices of salted dried squid passed to the younger generations using chopsticks. 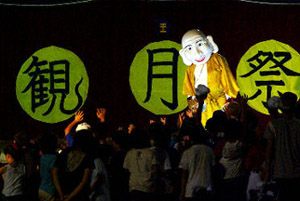 Other places have much more lively celebrations. One area that continues to attract visitors with its New Year’s celebration is Ryukyu Mura, located just north of Yomitan. The name Ryukyu Mura, is a simple translation of its purpose as a replica of a traditional Ryukyuan village. Here they have the rustic homes with red-tiled roofs and villagers dressed in traditional wear of the time. Throughout the year there are reenactments of the Ryukyu King and the celebrations that come with his arrival, including traditional dances and music sung in the Okinawan dialect. However, with the Lunar New Year comes an especially exciting event. According to Ryukyu legend, every New Year (according to the lunar calendar) the god Miruku will travel across the sea to Okinawa to bring happiness to the people for the coming year. Miruku will lead a New Year’s parade, smiling warmly and waving a large paper fan to cool off the villagers. Following Miruku will be a parade of royalty surrounded by colorful flags as dancers happily cry out in celebration. The twang of the Sanshin, a traditional three-stringed instrument of the Ryukyus, will vibrate through the air as Eisa dancers kick their legs up high while beating large drums called taiko. 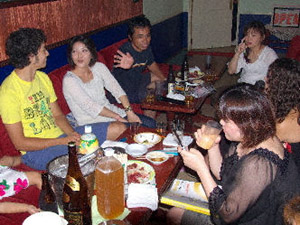 In southern Okinawa, the port town of Itoman was a major trading base for the Chinese and relations between the two countries was very strong and the imprint of Chinese culture left a much deeper mark on this region of Okinawa. Here, the traditions of the Ryukyu Kingdom are still practiced in every day life. The Lunar New Year, in particular, is a highly anticipated event that brings friends and families together for a long night of drinking and celebrating. Rows of tents are set up with lanterns illuminating sizzling food upon grills. Here, too, the booming of the taiko and the cries from Eisa dancers blends with the accompanying sanshin as the villagers dance and laugh, drink sake with friends and bring in the new year as has been tradition for hundreds of years. At the end of the night there is a grand display of fireworks.

The proud Ryukyu culture, despite modernization and outside influence, continues to survive with very few signs of dying out and being forgotten. The strong spirit of the Ryukyu people perseveres through ancient traditions such as the Lunar New Year. As the lunar festivities come to a close, the last echo of the thundering fireworks rolls through the Ryukyu air. The smoke fades as the sound of a gong reverberates over the mountains from a distant temple, greeting the new year. An Okinawa tradition hundreds of years old lives on. 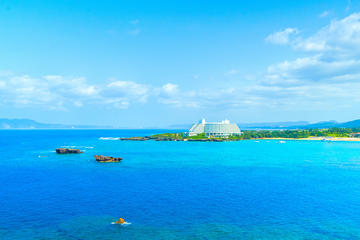 About the author:
Rose Witmer is a young traveler at the beginning of a long journey around the world. She currently lives in Okinawa, Japan, exploring the jungles and mountains when not enjoying the Japanese city life. She loves to write and never leaves home without a camera and a notebook.

All photos are by Michael Lynch, freelance photographer. 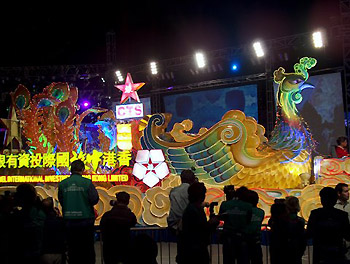 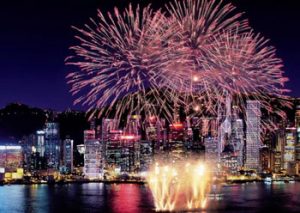 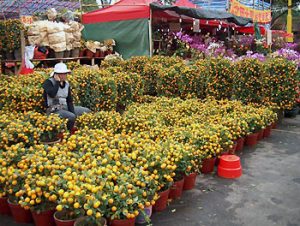 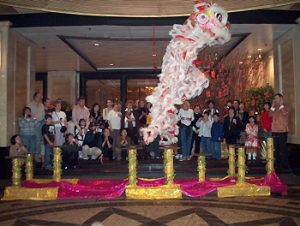