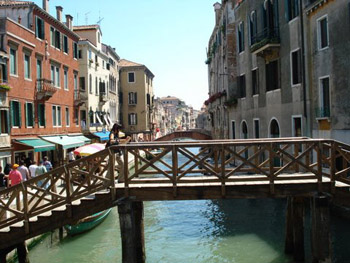 A Visit to Judaism’s Historic Past

Traveling in Europe, from Spain to Germany there are remnants of lost civilizations with little signs of current Jewish life. Of course there are exceptions, but they just do not seem to balance out the wealth of synagogues that have been turned into museums or churches. However, when I arrived in Italy, I discovered a pulse of Jewish life.

Ironically, it was in the first European ghetto, formed in Venice on March 29, 1516, where I felt that Judaism was the most vibrant. Once home to approximately 5,000 Jews (circa 1630), the ghetto now inhabits 500. There is a kosher restaurant, bakeries, five synagogues and a Museum of Jewish Art (Museo Ebraico), which opened in 1955. Not to mention a yeshiva, several Jewish shops, a book publisher, a Jewish old-aged home and an ancient Jewish cemetery. 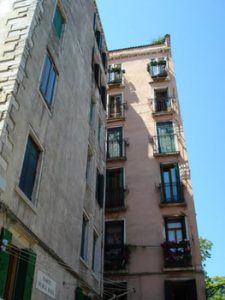 The New Ghetto (Campo di Ghetto Nuovo) dates back from 1516, the Old Ghetto (Ghetto Vecchio) dates back from 1541 and the Newest Ghetto was added in 1633. The first inhabitants were central European Jews and southern Italian Jews. But the Jews of the Venice Ghetto came from various cultures, as evident through the five synagogues: one each for the German, Italian, Spanish and Levantine communities, and a fifth (the Canton School), which some think may have been French and others suggest may have been German. But no matter what country, social class or culture one came from, a Jew was a Jew, and that meant they were all subject to the same vetoes.

During the day Jews could not frequent far from today’s train station. Men were forced to wear a yellow circle stitched on the left shoulder of their cloaks, while women were forced to wear a yellow scarf. At night they had to return to the Ghetto where guards (paid for by Jews) patrolled the locked entrances. Restrictions were placed on Jewish economic activities as well: they were confined to peddling, money lending or medicine. 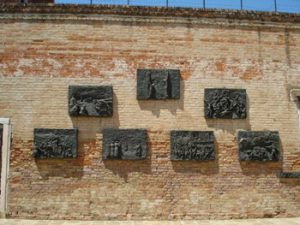 The oppression of Venetian Jews began to ease in the 18th and 19th century: in 1797 the gates of the Ghetto were opened, due to the fact that revolutionary France conceded equal rights to Jews; in 1782 Joseph II of Habsburg issued the Edict of Toleration; and in 1848 King Carlo Alberto proclaimed it in his statute.

But the 20th century would tell a very different story. Before the Second World War there were approximately 15,00 Jews in the Ghetto; however, about 200 Jews were deported to concentration camps—only eight returned. Today there is a plaque in the New Ghetto commemorating the Jews who perished.

Venice and the Jewish Ghetto attract over 300,000 Jewish tourists a year. Tours of the Ghetto and the five synagogues are available year-round at the Jewish Museum. While there are five synagogues, only two are utilized: the Spanish School (built in the second half of the 16th century) and the Levantine school (1538) are the only two operational synagogues, with the former being used in the summer because it is the largest, and the latter in the winter because it is the only synagogue with heating. The Spanish School is perhaps the only one in the world to have functioned uninterruptedly from its foundation until the present day. The Levantine School is said to be the most characteristic synagogue in Venice. Since the last century it has housed a small study and prayer hall, the Luzzatto School or Yeshivah. 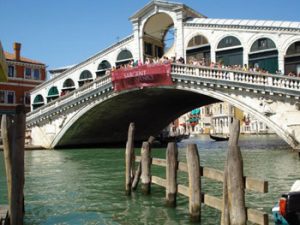 The German School is the oldest synagogue (1529); but like the Canton School and the Italian School, it is only used for special events. The Italian School is simpler than the other synagogues. It was the last synagogue to be built (1575) by the Jews belonging to the Italian nation, which was the poorest and smallest population. The Canton School (1531-32) is one of the most beautiful and treasured synagogues. From the outside it can be identified by its eccentric wooden dome, which rises on an octagonal drum. Although I did not attend a service in a Venetian synagogue, I did attend one at the Lungotevere Cenci in Rome, which is by far the most beautiful shul I have ever seen.

Of course Jewish history and architecture are not the only things that make visiting Venice and enlivening experience. The artisan shops, the labyrinth of streets and narrow passageways, gondola rides, Piazza San Marco and Campo San Polo square all have a charm of their own. And one can’t forget some of the gondoliers who push their luck when saying: “Kiss the gondolier under the bridge.”