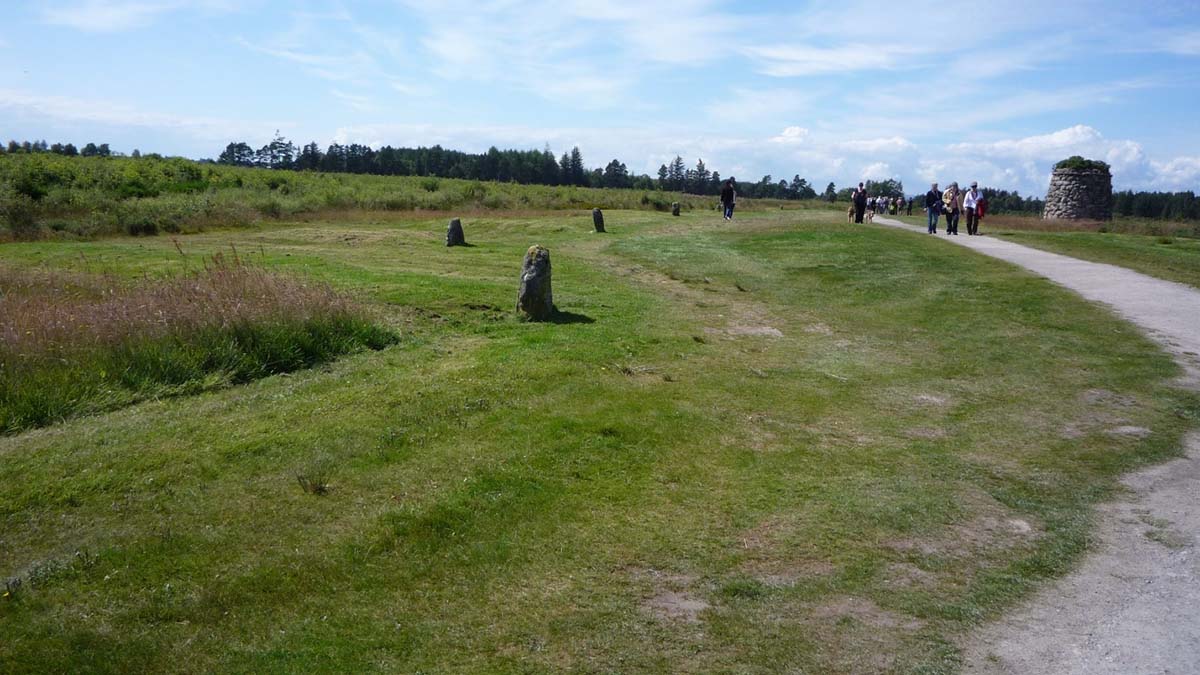 Did you know that the spirits of the dead talk to us? It is sometimes uncomfortable, but can be comforting as well. On the site of the Culloden battlefield in Scotland, near Inverness, the energy of the slaughtered Jacobites lingers, eager to spread their message to all who can hear.

Beginning in August of 1745, the Jacobites serving under Bonnie Prince Charlie (Prince Charles Edward Stuart), mainly Highlanders, engaged in a fierce struggle with the British to attempt to restore the British crown to the Stuarts. They had early success, with victory at the Battle of Prestonpans, and continuing to Carlisle then Derby, which are in England. 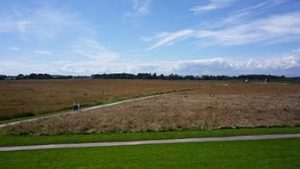 The Highlanders were famous for their fearless charge, which was intimidating to the enemy forces. They would choose an even downhill slope, then remove their lower garments so to be unencumbered. As one, they screamed in Gaelic as they charged in clusters directly toward the enemy! They fired their weapons, then under the cover of the smoke, ducked to avoid the return fire. Immediately after, they leaped into action again, being upon their foe with swords before they could be seen through the smoke! The Highlanders experienced early success in battle this way, in spite of being poorly armed and supplied.

Once it was perceived that the Jacobites were a serious threat, the British stepped up their defenses, forcing a slow retreat to Inverness, each side both winning and losing battles along the way throughout the winter. As time and battles continued into the spring, many of the crofters and farmers who made up the Jacobite regiments stole off home to tend their fields and feed their families. 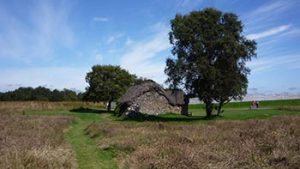 By April of 1746, the remaining Jacobites had been fighting and on the march for five months. They were out of money, sleeping where they fell down at night. They were starving, reduced to eating what they could scrounge from the countryside. The men were weak in body, but still full of heart and unwilling to abandon the fight. The night before the battle of Culloden, a group of the men were led under cover of darkness to attempt a night attack on the British camp. This failed when they got lost, and they turned back shortly before dawn, having accomplished only more exhaustion. Others had left the camp to search out food. Thus it was that when morning came, they were reduced in number, exhausted and hungry, poorly equipped to fight.

In contrast, the British army was well fed and equipped. They were high in morale, having just celebrated the birthday of their Commander, the Duke of Cumberland. They were 8000 strong, and united in their cause.

The Jacobites and the British met in the early morning hours on April 16, 1746, on Culloden Moor. The moor was boggy, with greatly uneven ground and marsh between the lines of the armies. The lines were formed by each side, ready to fight. Unknown to the Jacobites, the lines were uneven, so that when they charged, one side would reach the British before the other. This, in combination with the marshy ground and the necessity of going around the worst spots, led to utter defeat at the hands of the British. Scotland and the clans have been altered forever since this heartbreaking battle. 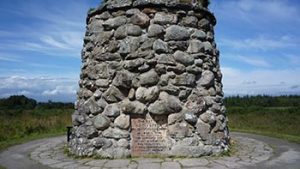 Today, the moor looks much different than it did then, with growth of heather and shrubs, and much less marsh and bog. There are paths and walkways, with stones marking the graves of the clans. A memorial cairn was built in 1881, the same year the stones were placed. 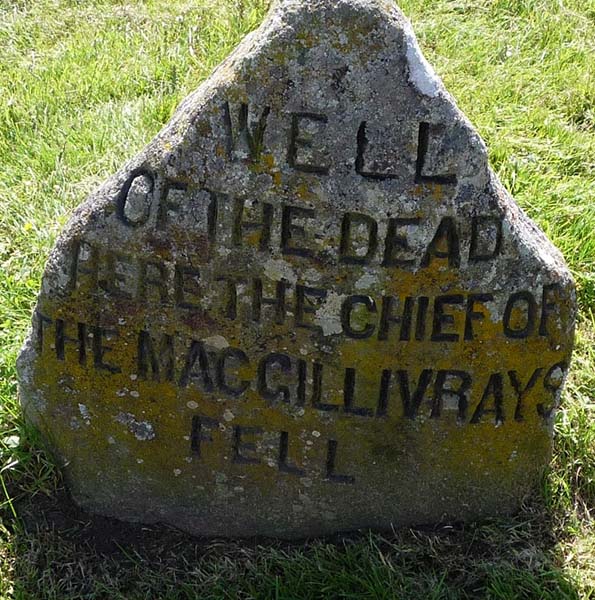 Since 2007, there has been a Visitor Center at the site which tells the tale. The Visitor Center is well worth your time to go through and learn all about the battle before heading outdoors to the moor itself. You can take an audio tape out with you which gives details about the battle and armies, a good choice. If you have the stomach, experience the circular video re-enactment of the battle inside the center. It is easy to feel respect and admiration, as well as heartache, for the doomed men who battled bravely, knowing they were charging into their death.

When you walk out onto the moor, listen. The birds sing here again, but their song seems muted somehow. In the hush, the breeze rustles the grass and it feels very peaceful. The dead are there, waiting to whisper in the receptive ear, “Remember us and what we fought for. Remember the way our loved ones suffered. Let it not be in vain.”

The Culloden Battlefield is approximately 6 miles from Inverness. To get there, you can drive, take a taxi, or take a bus. Driving or taking a taxi will take about 10 minutes. The Line 5 bus leaves from the Marks and Spencer Monument in Inverness every hour and takes about half an hour.

The battlefield is accessible every day of the year.

The Visitor Center has interactive displays, the video re-enactment, access to audio tapes (for an extra fee), rooftop viewing area, the gift shop and restaurant, plus washroom facilities. It is open daily from February 1 to December 23. Adult admission is £11. 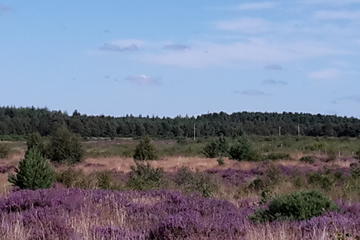 About the author:
Yehta Pearl caught the travel bug in 2009 when she and her family traveled to Ireland, France, and a bit in England. Now she travels as often as she possibly can, within her life as a healer. Her travel writing can be seen on travelthruhistory.com. Her website is www.yehtapearl.com

All photos by Richard Smith