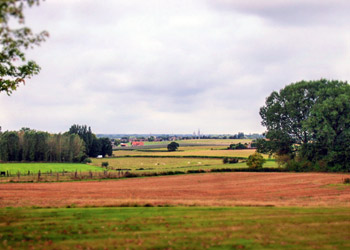 Although Belgium may not as popular a holiday destination as its neighboring countries, it’s certainly with fascinating historic sites and there’s a plethora of activities to take part in. Squeezed between its more famous neighbors, Belgium is still often skipped or used as a transit country. While France, Germany and the Netherlands already receive huge numbers of tourists, Belgium is now slowly becoming a popular tourist destination as well. And rightly so. This little Western European country surely packs a punch. Located on the border between the Burgundian lifestyle and openness of southern Europe and the realistic and sober mentality of northern Europe, Belgium is a fine crossroads between two contrasting European mindsets.

It is a country with a long and rich history, with cities dating from Roman times, ancient battlefields and a phenomenal cuisine. The country’s most well-known export products all have to do with food: waffles, beer and chocolate. Additionally, Belgium is where fries were invented. 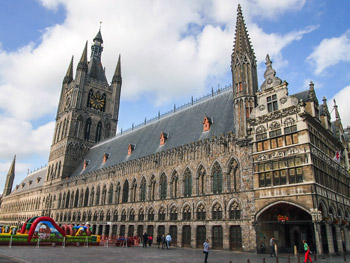 If you’re ever thinking about visiting Belgium, there are many, many places that are worth visiting. An excellent suggestion would Flanders Fields. The historic area known as Flanders Fields is the part of the province of West Flanders that had the misfortune of being one of the front lines during the First World War.

Particularly the city of Ypres suffered tremendously in those four years of war and was completely destroyed. The so-called Ypres Salient was one of the most feared sections of front line on the entire western front, which extended for hundreds of miles from the North Sea coast to the Alps. The Ypres area was shelled almost continuously over the course of the four terrible years that war lasted and until this day Flemish farmers regularly find unexploded mortar shells, mines, other weaponry and even missing soldiers in their fields. Needless to say that this is an incredibly fascinating region to visit. 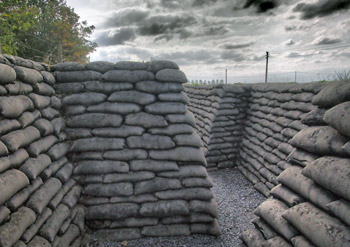 After the war, Ypres was rebuilt from scratch and nowadays it’s a nearly perfect replica of the pre-war city. Although there is not a single building that is older than a century, the city center looks exactly like the old medieval city that was leveled by mortars. Its beautiful town square, lined with typical narrow Flemish row houses with crow-stepped gables, is dominated by the magnificent Cloth Hall, now the home of the downright fabulous Flanders Fields Museum. This is the place where you should start your visit of Flanders Fields, emerging yourself in the interesting history and unimaginable horrors of the Great War. By being aware of what happened in this region, you’ll look at the following landmarks, which are now set within a peaceful landscape of flat fields and slowly meandering rivers, from a completely different perspective. 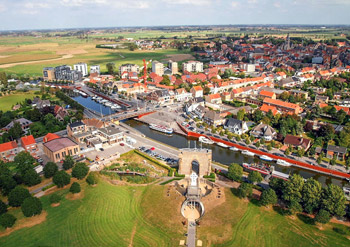 After exploring the Flanders Fields Museum in the morning, head out of the city for a tour of the surrounding area. The Trench of Death is located near the River Yser and the city of Diksmuide. This was by far the most feared part of Belgian front, a part where the Allied and German trenches were only a few dozen steps apart. The trench was feared by all front line soldiers, for being positioned there meant almost certain death. Nowadays, a section of the trench system has been beautifully preserved and is free to visit. The remains can be explored on foot and offer an impression of what life in the trenches must have been like. 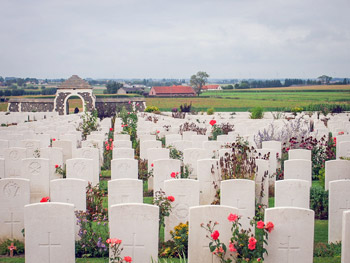 Another nearby highlight is the 84-meter-tall Yser Tower, which is the tallest peace monument in Europe. You can get to the top with an elevator, enjoy great panoramic views of Flanders Fields and head back down the stairway, leading through a museum of war, peace and the emancipation of Flanders.

Additional landmarks are Hill 62, one of the very few hills that were occupied by allied forces, several mine craters, museums dedicated to war and peace, countless war monuments, and so on. Particularly the battlefield in Passchendaele, the location of one of the most horrific battles in the entire war, is worth visiting. 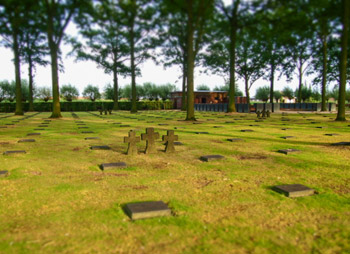 Properly visiting Flanders Fields can’t be done without a visit to a few war cemeteries. The region is home to literally hundreds of those, so you’ll have to make some choices. The most notable cemeteries are the Vladslo Soldatenfriedhof (the resting place of more than 26,000 German soldiers), the Langemark Soldatenfriedhof (the largest German war cemetery, with more than 44,000 soldiers), the iconic British Tyne Cot War Cemetery, and Polygon Wood Cemetery and Buttes New British Cemetery. All of these cemeteries were built near battlefields, making it easy to bury the dead after the battles ceased.

While the Allied cemeteries have somewhat of a positive atmosphere, as far as that’s possible, with rosebushes and perks of colorful flowers dotting the site, the German cemeteries all feel dreary and almost haunted. There are no monuments, only dark gravestones, while tall trees cast their shade among the graves. 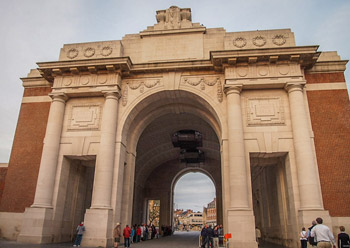 Back in Ypres, you should definitely head to the imposing Menin Gate, where the Last Post ceremony is still held every evening at 8pm sharp. The ceremony has taken place every evening since 1928 in commemoration of the British soldiers who gave their lives for the Belgian people. The huge Menin Gate in itself is a major landmark, a war memorial dedicated to fallen British and Commonwealth soldiers whose bodies were never found. The enormous Hall of Memory contains nearly 55,000 names of missing soldiers, but, as large as it may be, is still too small to contain all names. The rest of the names of missing soldiers are inscribed on the wall that surrounds the British Tyne Cot War Cemetery. 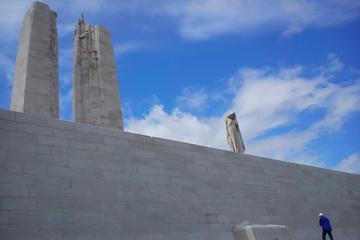 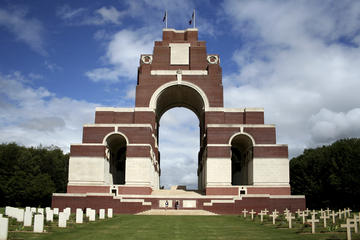 About the author:
Bram is a freelance writer, translator and travel photographer. He was born and grew up in a small town in Belgium and currently lives in a small town in Vermont, USA. He likes to try different travel styles and he has backpacked across Australia, cycled from Belgium to the North Cape and back, spent three months emerging himself in the Irish culture, hiked across England, climbed numerous mountains in New England, and visited many a handful of European cities. Besides writing and traveling, Bram spends his days reading, working out and trying to live a healthy life. Website: http://www.travel-experience-live.com.