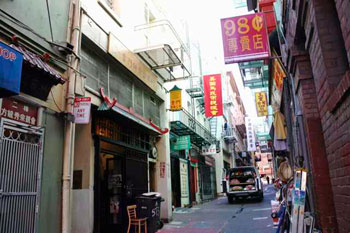 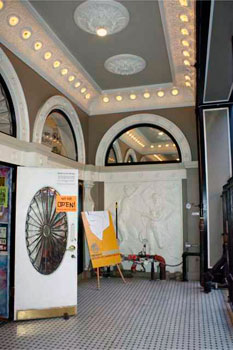 San Francisco never ceases to entertain. The city is diverse, exciting and cosmopolitan. No matter how many times you visit, there is always something new to see. But the city hasn’t always been this refined. Between 1849 and 1917, the city enjoyed a raucous reputation known as “the Barbary Coast” period. The Barbary Coast, the original red light district, acquired its name around 1860 from the coast of North Africa where Arab pirates attacked Mediterranean ships.

The Barbary Coast arose with the infusion of prospectors seeking their fortune in the California gold fields and the Comstock silver lode in Nevada. This boom-town was well-stocked with saloons, gambling halls, brothels and opium dens. Just about every vice known to man was made available to these “49ers” as a means of separating the men from their gold and silver. While these dens of iniquity are long-gone, you can still visit many of these former sites. 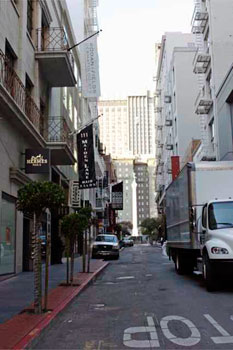 Labor was scarce as passengers and crew jumped ship to seek their fortune. This problem was alleviated with the practice of shanghaiing – signing up sailors by coercion. Prospective sailors, no experience required, were slipped a “Mickey Finn” (opium) in their drink then dropped down a trap door in the saloon floor. This may be where the expression “down the hatch” originated. Upon awakening, they would find themselves unwilling crew members on an outbound ship destined for a two year tour.

The Old Ship Saloon is the only remaining “shanghaiing” bar from the Barbary Coast era. At the front door, you find a decorative model ship hanging overhead. Inside you find a brown wooden ceiling and scenes of early “Frisco”, as the sailors called it, hanging on the wall. Seating myself in the corner, I ordered a pint of steam beer, a San Francisco tradition, and asked the waitress where the trap door was. She was reluctant to tell me. For the next 30 minutes, I gingerly sipped my beer and kept a watchful eye on the patrons who were seated around the bar. After finishing my beer without incident, I was informed that the trap door is only used when people don’t pay the bill. 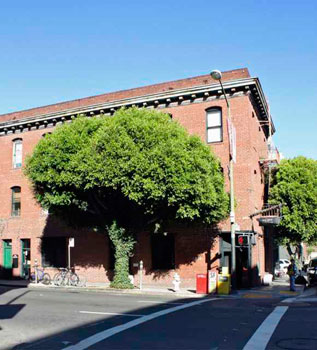 Those who were not shanghaied often frequented the local dance halls. Exit the Old Ship Saloon and walk approximately three blocks to the Hippodrome. Now an art supply store, the sidewalls of the entrance are still graced with the original white bas-reliefs of dancing nude nymphs. Superficially this establishment catered to lonely men but it also housed a secret tunnel used for smuggling goods and people. Descend the stairs into the basement and face the wall at the front of building. In the far right corner you find the entrance to a now walled-off tunnel approximately 15 feet long with 10 foot high arched ceiling.

Lonely men seeking more intimate contact with the opposite sex could visit the brothels lining what are now known as Maiden Lane and Commercial Street. Maiden Lane brothels catered to Johns at the lower end of the socio-economic scale while the Commercial Street bordellos, staffed by French madams, served a more genteel clientele. Today visitors to Maiden Lane find that stores like Prada and Hermes have replaced the bawdy houses where women literally hung out of windows to beckon the Johns inside. Commercial Street (between Kearny and Grant Avenues) on the other hand is now a rather drab looking block at the edge of Chinatown. 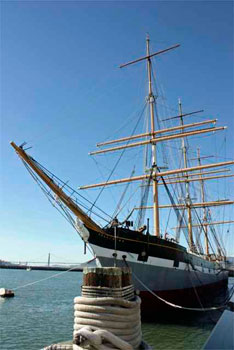 A history of more vice follows in Chinatown’s Ross Alley (“the Street of the Gamblers”). Walking along, you find many of the doors in the alleyway covered by metal gates. Any one of these doorways potentially leads to a former gambling or opium den. While nothing from this time is clearly visible, it is not difficult to imagine men and women sprawled out in a drowsy or completely overcome condition. While you proceed through the alley, stop by the Golden Gate Fortune Cookies factory for a free sample and see how that product is made.

The raucous Barbary Coast was not to last. By 1900, the original harbor-front was enclosed behind a seawall thereby changing the landscape along the waterfront. Visitors should note that the Transamerica Pyramid now sits on the former shoreline. The 1906 earthquake and subsequent fire leveled many of the drinking and dancing establishments; and a number of laws were passed which forced many of the vices underground.

Those wishing to view some of the vessels that plied the waters around San Francisco during the Barbary Coast period should visit the San Francisco Maritime Museum and the Hyde Street Pier. The main attraction is the sailing ship Balclutha with its square rigged masts. While this is not one of the schooners that employed shanghaied sailors, it evokes an earlier time when unfurled sails and a gust of wind signified the start of a long sea voyage.

When you complete your visit to the maritime museum, take the short walk up the street to the Buena Vista Café for an Irish Coffee. Sip your drink slowly and savor every taste as this is not something that should go “down the hatch”. 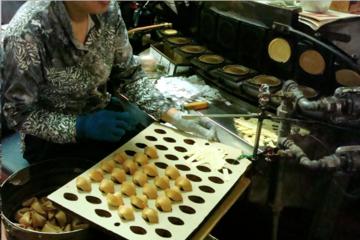 ♦ The Old Ship Saloon is located at 298 Pacific Avenue.
♦ The Hippodrome is located at 555 Pacific Avenue.
♦Maiden Lane (known as Morton Street during the Barbary Coast era) is a small street just off the east side of Union Square.
♦The Golden Gate Fortune Cookies factory is at 56 Ross Alley in Chinatown.
♦The SF Maritime Museum is at 499 Jefferson Street near Fisherman’s Wharf. The Hyde Street Pier is across the street from the Maritime Museum. Admission to the boats is $5.
♦The Buena Vista Café is at 2765 Hyde Street at Beach Street.
♦For more information about San Francisco, visit www.plan-a-dream-trip.com/san-francisco.htm
♦Plan your vacation at: www.plan-a-dream-trip.com www.plan-a-dream-trip.com 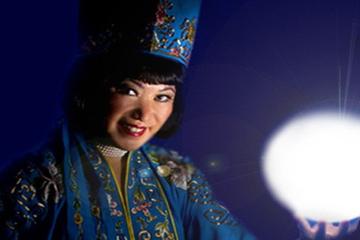 About the author:
Troy Herrick, a freelance travel writer, has traveled extensively in North America, the Caribbean, Europe and parts of South America. His articles have appeared in Live Life Travel, International Living, Offbeat Travel and Travels Thru History Magazines. He also penned the travel planning e-book entitled ”Turn Your Dream Vacation into Reality: A Game Plan for Seeing the World the Way You Want to See It” based on his own travel experiences over the years.

Photo credits:
All photos are by Diane Gagnon, a freelance photographer who has traveled extensively in North America, the Caribbean, Europe and parts of South America. Her photographs have accompanied Troy Herrick’s articles in Live Life Travel, Offbeat Travel and Travel Thru History magazines:
Entrance to The Hippodrome
Maiden Lane
The Old Ship Saloon
Ross Alley
Sailing Ship Balclutha